Are retailers better off going cashless? 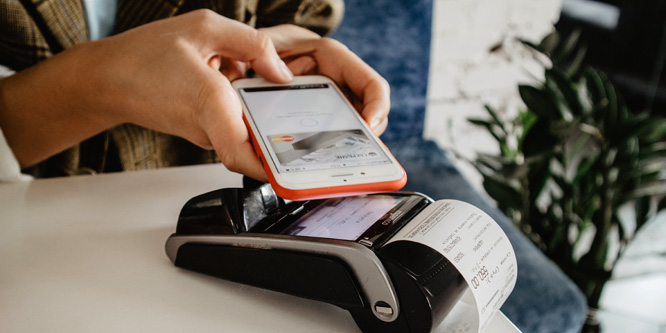 The foodservice and retail industries appear headed to a cashless future and, while proponents suggest that doing so will help businesses cut cash handling costs and reduce losses due to theft, it may also leave groups of consumers without a way to purchase goods and services.

The move to cashless transactions got its start in restaurants a few years ago, USA Today reports, and has since shifted to retail locations, as well. Cashless stores and restaurants will make up between 40 and 50 percent of all establishments within the next 15 years, according to an IHL Group forecast.

Retailers and other businesses, including Amazon, The Bar Method, Bonobos, Casper Mattress, Drybar, Indochino, Everlane and Reformation, currently operate physical locations that do not provide customers the option of paying by cash.

While consumers and retailers may like the ease of using non-cash forms of payment, particularly as more make use of mobile wallet technology,  the concern is that merchants will discriminate against unbanked customers.

Legislation was proposed in New York City this week that would ban the practice of refusing cash as payment. Ritchie Torres, the city councilman from the 15th district in the Bronx who introduced the legislation, claims that cashless stores discriminate against poor people, many of whom are minorities.

“On the surface, cashlessness seems benign, but when you reflect on it, the insidious racism that underlies a cashless business model becomes clear,” Mr. Torres told Grub Street. “In some ways, making a card a requirement for consumption is analogous to making identification a requirement for voting. The effect is the same: It disempowers communities of color.”

The Guardian reports that studies have found 12 percent of New York City residents do not have bank accounts.

Because there are no federal laws that govern cashless stores, cities including Philadelphia and Washington, D.C. are considering legislation similar to New York. The state of Massachusetts has a ban on cashless stores, although a separate Guardian report claims it is rarely enforced. Legislators in New Jersey have also considered a similar ban.

Not everyone within retailing understands why stores are interested in operating cashless stores. For years, the industry has fought legal and public relations battles with banks and credit card companies over the high swipe fees charged for transactions.

DISCUSSION QUESTIONS: Why do you think retailers are pursuing cashless stores when so many complain about the fees charged by banks and credit companies? In the future, do you think the government or another source will develop a common currency that replaces cash for everyone?

Please practice The RetailWire Golden Rule when submitting your comments.
Braintrust
"The challenge will be implementing cashless in a way that is inclusive and fair, which will take some time."

"While retailers may be responding to what they think consumers want, a wide range of payment options will always be the the path of least exclusion."

"This is a mixed bag. Retailers that do not accept cash are not, by definition, racially or otherwise biased. Discrimination is an unintended consequence..."

15 Comments on "Are retailers better off going cashless?"

There are many benefits to cashless payment in delivering a great in-store experience for shoppers and that’s why retailers are interested. The move to cashless by some retailers is merely a reflection of what they believe their market wants — they’re obviously not concerned that by not taking cash they will lose business. There’s no question that cash will ultimately represent a smaller portion of transactions and that electronic forms of payment will become the norm but as long as cash remains legal tender, most retailers will accept it.

This reminds me of the VISA commercial where everyone is checking out with a credit card and then the process grinds to a halt when someone uses a check. Elimination of cash by retailers will mostly eliminate employee theft and also speed up transactions. But to the un-banked or under-banked this will be a significant problem that must be addressed.

As the data in the USA Today article shows, we are a very long way from a cashless society. It’s certainly true that some firms have barred cash payments but, in the wider scheme of things, it is a drop in the ocean – and most of the outlets that have taken the step tend to serve more affluent segments who are more likely to make card and digital payments.

Many retailers, especially specialty ones are going cashless as we speak. It’s one less task to manage, and one less source of shrink to deal with. Sure fees are high, however no one measures the end-to-end cost of cash handling to get it into the banks. That should not be ignored.

This is a mixed bag. Retailers that do not accept cash are not, by definition, racially or otherwise biased. The discrimination is an unintended consequence of a.) attempting to streamline a process, b.) reducing exposure to theft, and c.) providing a better checkout experience to customers. My Apple Pay transactions take between 10 and 20 seconds to complete and the slowest link in the chain is the receipt printer. From another perspective, there are product categories, such as Casper’s mattresses and bedding, for which a consumer would not walk in with a wad of fifties to pay for the product. The idea of a common cashless currency for those who do not have bank accounts has much merit and is, at first blush, doable. In those circumstances, the customer willing or needing to pay with that wad of fifties would just go to a kiosk-like device, insert the cash and get a stored-value card (like a gift card but omni-merchant). Like the idea, hate cash. Read about the end of the end of the era… Read more »
3
|
-1
-   Share

Cashless transactions are increasingly becoming the norm, and it’s a question of when cash is phased out, not if. While it will be a while before that happens, more retailers are looking at cashless stores because it allows them to improve the user experience, speed up transactions, better track buying behavior, and so on, not to mention save money on cash handling. The challenge will be implementing cashless in a way that is inclusive and fair, which will take some time.

Today we call it a cashless payment system. In the future — and I don’t think it will take the 15 years mentioned in the article — cashless will be the norm. Paying with cash will be a small percentage of transactions, if that. I understand the comment about “insidious racism.” It is valid and must be addressed to make the new and normal cashless payments available for everyone. Given the power of technology and innovation today, I’m confident that will become a non-issue. This is our future. Accept it. Be ready for it. In some places, it’s already here.

A simple answer would be no. Cash has no fees, and when it goes into the bank there are no returns for NSF checks or fees. We take other forms of payment, but I don’t know any business person who wouldn’t want the cash option.

I’ve been to cashless restaurants in NYC. Although it’s not a problem for me, I’m not in favor of even less anonymity regarding transaction data. More importantly, there’s absolutely a segment of society that doesn’t have the luxury of deciding on their use of tracked or anonymous payments like I do. They are simply focused on having the cash to buy food. So they are absolutely discriminated against by places that choose to go cashless. And I speculate that some cashless brands are knowingly using “cashless” to keep those people out of their stores as a form of masked discrimination that they otherwise would not be able to facilitate.

Lastly, Shake Shack launched cashless kiosks without warning earlier this year to dismal failure and a quick exit. Likely, the mix of lack of prior notice to customers and bad UI design were going to be problem enough, but the disenfranchising of a segment of customers was the true death blow.

This is a loaded topic. It’s easy for us to say this makes sense, as we’re all digitally-inclined, make good incomes, are primarily urban and focused on ease and convenience. Yet I spent Thanksgiving in a tiny town of 1,800 and watched almost everyone pay with cash. Are we self referencing here?

The other point is data security. My dear friend works for Homeland Security and insists that his entire family pay only with cash–for reasons he doesn’t freely share. Which must be good ones. In July, the retail version of the 2018 Thales Data Breach report shared that the U.S. leads the world in data breaches — and that we’d more than doubled since the 2017 survey, rising from 19 percent to 50 percent in one year. As a result, IT spending to address it is up, but is this indicative of an environment in which cash will be forced out?

Stores going cashless may have a bigger impact than alienating the small percent that represent the underbanked. A recent study finder.com conducted revealed 25 percent of shoppers would think twice about shopping somewhere that didn’t accept cash.

While retailers may be responding to what they think consumers want, a wide range of payment options will always be the the path of least exclusion.

The credit card fees can always be re-negotiated, especially if they jump to a huge number. I wouldn’t worry about that so much because volume-wise, it’s a win-win for banks and retailers AND customers (the most important participant).

On the lighter side, we were just laughing about this today: what are the hold up people going to do? Are we putting all the robbers out of business? They should go on strike! Yeah, JK.

Good point about the cash robbers Lee …but given the growing problem of cyber crime, it seems the robbers are going cashless too. 😉

Cashless is an inevitable part of our future, which this article does not fully grasp. A cashless store or transaction will not depend on ownership of a device, but rather clear identification of the individual. We already have airlines going this way, using facial and optical recognition.

The same holds true for customs and border enforcement, where facial and optical recognition are the mainstay of identification (thus a “clearance approval transaction”). This is rapidly becoming the next generation of identification and will become the backbone of retail transactions, since duplicating live optical and facial recognition combined with any level of a 3rd level of security would make cashless transactions faster, cheaper and more secure than anything that we have today. This would also eliminate the issues with device ownership, bank accounts, etc.

Simply having access and granting access (using these secure standards) to a pre-defined cash amount, by an individual, gives virtual cash the “teeth” it needs to become the defacto standard.

Braintrust
"The challenge will be implementing cashless in a way that is inclusive and fair, which will take some time."

"While retailers may be responding to what they think consumers want, a wide range of payment options will always be the the path of least exclusion."

"This is a mixed bag. Retailers that do not accept cash are not, by definition, racially or otherwise biased. Discrimination is an unintended consequence..."