Are retargeted ads better at driving sales or annoying shoppers? 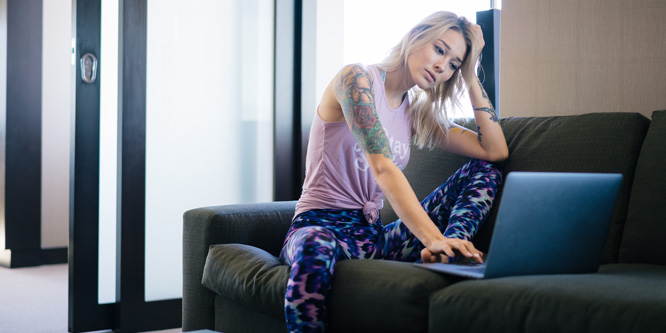 A new study finds that retargeting ads to consumers can drive sales for retailers or it can tick them off. How retailers deliver those ads is the key to whether they get to ring up purchases or see the figurative backs of consumers online.

The study by a Temple University professor and academic colleagues from Nanjing University and the Waseda University Graduate School of Commerce found that, if retailers want to retarget ads to the roughly 70 percent of people who abandon carts online, the best time to do so is between one and three days after they passed on finishing their purchase. The worst time is inside of an hour after they “walked away.”

“The industry standard has been to strike when the iron is hot. Companies tend to believe that the earlier you can do retargeting, the better. So oftentimes, when a potential customer will close a website, one hour later, the company will send a message,” said Xueming Luo, the Charles Gilliland Chair professor of marketing, strategy and management information systems in the Fox School of Business at Temple. “But we’ve found that that’s not exactly the best strategy.”

Professor Luo and his research partners retargeted ads to 40,500 customers via email and app channels across different hourly blocks after shoppers abandoned their carts online. They also delivered retargeting ads to another 23,900 using text messages.

The researchers found that individuals targeted within 30 minutes to one hour after leaving a site were less likely to make a purchase. They were also most likely to feel annoyed over the experience.

Retargeted messages sent out one to three days after someone abandons a cart, however, lead to purchases, Prof. Luo said. He thinks giving that much time can rekindle interest on the part of the would-be purchaser, who still remembers what interested them about the item or items in their cart before they moved on.

Another study published by marketing professors at the Stanford Graduate School of Business last year found that retargeted ads on BuildDirect.com increased the likelihood that people would return to the site by nearly 15 percent.

The professors, Navdeep Sahni and Sridhar Narayanan, called the results “consequential … because a returning consumer gives the marketplace another chance to sell its products and also gain revenues by showing relevant ads on its own website.”

DISCUSSION QUESTIONS: Do you think retargeted ads are more effective at driving sales or annoying shoppers? How can retailers properly measure which is having a stronger direct effect on their relationships and sales made by customers who abandon online carts?

Please practice The RetailWire Golden Rule when submitting your comments.
Braintrust
"Context is everything and fine-tuning strategies based on an understanding of the customer is what separates leaders."

"I suspect that overall retargeting is net positive for driving sales – despite the annoyance. The research is interesting, but timing of the ad isn’t everything."

"Advertisers can mitigate the annoyance factor by using the feedback loop, but few want to take the chance of losing a possible sale."

16 Comments on "Are retargeted ads better at driving sales or annoying shoppers?"

I suspect that overall retargeting is net positive for driving sales – despite the annoyance. The research is interesting, but timing of the ad isn’t everything. What about the ad itself? The research implies that all retargeted ads are equally effective. Compelling retargeted ads will work better than non-compelling ads regardless of the timing of when they are displayed to the consumer.

Your point is right on. This may by a case where the math is correct but the conclusion based on it is not valid because of the underlying difference in the ads themselves.

As consumers, we are all too familiar with the bombardment of ads for a product we looked at or reminders of our open cart. It can be annoying, but sometimes it works. When we get distracted while shopping, retargeting ads are sometime a helpful reminder. The key for retailers is to walk a fine line between influence and intrusion. Personally, I appreciate abandoned cart reminders more than a constant flurry of ads on every website I visit for a product I looked at once on a website – especially when those ads appear even weeks later.

Do retargeted ads drive sales or annoy shoppers? Yes. These answers are not mutually exclusive. There is a difference between the recommended “optimal frequency cap” and the real-world experience. Clearly retargeting works to boost sales, but it also works to bother shoppers at the same time. In fact, it can turn shoppers off entirely. Just because technology can do something does not mean it should.

Here’s an opportunity for retailers to leverage AI – what’s in the abandoned cart? Is it full of items that are necessary and the shopper likely got distracted at work and would like a reminder? Send the one-hour reminder. Is the basket full of tempting yet unnecessary goods? Send the one-day reminder.

Based on this information, the study findings are inconclusive. While shoppers may be less likely to make a purchase and may feel overwhelmed, what’s the overall response rate? If 50 percent of shoppers return after a one-hour reminder vs. 5 percent after a 24-hour reminder — being less likely to buy is less effective than “didn’t respond.”

Has anyone done research on the efficacy of sending customers three or more emails a day, regardless of cart activity? Retailers who do this: you know who you are. Knock it off.

So true Cathy. Email fatigue is real and retailers are not doing themselves any favors by not calibrating the frequency or the volume of the emails, tailored to every customer uniquely. Sending the same email to every customer in their database seem to be the operative norm for many.

The first retargeted ad received by email is sometimes useful. The third or fourth is downright annoying. And when I start to see the item appear all over my internet travels, it’s downright spooky. Thanks a bunch cookies.

Retargeted ads are generally effective at driving sales as they, in many cases, act as a prompt or a reminder for consumers. And given shoppers have put items in the cart, there is a high probability that they are interested in them. However these things do not apply in all cases so it is inevitable that some retargeted ads will become annoying. Frequency and timing are also big issues. Constantly spamming someone with retargeted ads is a big turn-off and will often reflect badly on a brand.

Retargeting is both effective and annoying. Advertisers can mitigate the annoyance factor by using the feedback loop, but few want to take the chance of losing a possible sale. Just because they are annoying does not mean that consumers don’t respond to them.

The research findings are intuitive. But there is no reason to just take them at face value. Technology is available now to A/B test practically everything including testing the retargeting intervals.

Businesses should test out multiple durations and see what works best for their customers. Consumer behavior is not universal and is significantly dependent on the brand. As a consumer I react differently to an Amazon retargeted ad vs. a no-name brand. Or a website where I have been shopping for five years vs. another website where it is my first visit.

Context is everything and fine-tuning strategies based on an understanding of the customer is what separates leaders.

Spot on, Suresh! There are no magic bullets, or one size fits all. It’s about experimentation, fine-tuning, being contextually aware, and understanding the customer.

It’s easy to overdo retargeting efforts and annoy shoppers. Too many messages, too quickly, only serve to give shoppers a negative connotation about the brand. There’s usually a reason why a shopper abandons a cart without buying online – sometimes it’s because they want to buy in-store, sometimes because they just aren’t ready and need more time to consider the purchase. It’s those customers that will more likely convert from a well-written message one to three days after leaving their cart. Messaging is everything and a poorly written, too pushy message will turn off shoppers faster than you can hit delete on an online cart! Your messaging should be reminding the shopper of salient product details that enticed them in the first place or delivering a special offer to “buy now” if that’s on-brand. Retailers can also take a page from the luxury playbook and remind shoppers why those products are so great not just because of product details but because of how those products will make the shopper’s life better in some way. In… Read more »
2
|
0
-   Share

You’re asking a guy (me) who wouldn’t mind if “they” stuck a chip in my neck to deliver me info and promotions to make my life better — AS LONG AS THEY DON’T ABUSE THE PRIVILEGE! There’s nothing wrong with retargeting ads, as long as they are appropriate and not too aggressive. The secret is balance. Customers like to receive info from their favorite retailers. The comments about the ads calling them annoying are simply because they may be too big and too often.

Remarketing works, but you shouldn’t assume it will bring new visitors to your web site or landing page. Where remarketing is best used is for reinforcement and retention.

Resist the temptation to be too aggressive because aggression turns people off. The more you personalize your ads, the better you can convert them.

Control your ads! Personalize your campaigns, and don’t get overly complacent with going down the same path over and over.

Finally, do not discount the use of e-mail because customer acquisition via email has quadrupled over the past four years.

The answer is not what I or anyone else thinks. The answer is in your data. Experiment. Analyze. Refine. Repeat. Period.

Braintrust
"Context is everything and fine-tuning strategies based on an understanding of the customer is what separates leaders."

"I suspect that overall retargeting is net positive for driving sales – despite the annoyance. The research is interesting, but timing of the ad isn’t everything."

"Advertisers can mitigate the annoyance factor by using the feedback loop, but few want to take the chance of losing a possible sale."