Can Amazon weed out marketplace fraudsters via video chat? 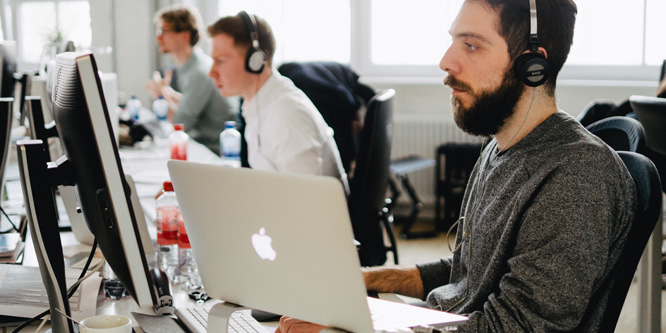 Amazon.com was moving to address the perennial problem of fraud on its third-party marketplace when the coronavirus pandemic erupted. Now, it’s implementing a solution it hopes will help significantly cut down on bootleg sellers while remaining consistent with guidelines for social distancing.

Early this year, Amazon introduced a program that involved in-person verification of third-party marketplace sellers, according to TheStreet. Due to the need to reduce person-to-person contact due to the pandemic, however, the e-tailing titan quickly shifted to verifying seller identities with video calls. To carry out the verification process, a trained Amazon representative makes the call via the Chime videoconferencing app and checks the ID of the third-party seller to make sure it matches the person’s application. The system does not use facial recognition technology. Representatives have thus far used the system to verify more than 1,000 prospective sellers.

Amazon has repeatedly come under fire for its perceived failure to take adequate steps to stop the sale of counterfeit products through its marketplace. In early March, a bipartisan bill was introduced to the House of Representatives to make the operators of all online marketplaces responsible for the sale of counterfeit goods through their platforms. Were it to become law, it would mandate that those retailers, among other things, vet sellers.

The coronavirus pandemic itself has brought a wave of fraud to the Amazon Marketplace that the e-tailer had to tangle with.

Amazon removed one million products from its Marketplace touting misleading or unproven claims pertaining to coronavirus at the onset of the outbreak, according to ABC News. That was in addition to 10,000 products removed due to price gouging.

The pandemic has necessitated other changes impacting the functioning of the Amazon Marketplace as well, at least in the short term.

In mid-March, Amazon stopped accepting products from third-party sellers in its warehouses to be stored for its popular Fulfillment By Amazon (FBA) program, according to CNBC. Amazon made the move in order to prioritize the shipment of essential products, such as household staples and medical supplies, which experienced a spike in orders. The e-tailer began to relax the rule in mid-April.

DISCUSSION QUESTIONS: Will video calls be an effective way for Amazon to vet third-party sellers? Are Amazon and other marketplaces doing enough, especially during the pandemic, to safeguard shoppers from fraudsters?

Please practice The RetailWire Golden Rule when submitting your comments.
Braintrust
"Kudos to Amazon for stepping up their efforts during the current crisis."

"Video calls are a marginally better way of verifying identity. But when identity of a legal person isn’t the real fraud going on, it’s a false sense of security."

"Stopping the fraud by verifying identity before an account is even set up will certainly help prevent some of these problems."

6 Comments on "Can Amazon weed out marketplace fraudsters via video chat?"

It’s certainly good start. It can only help. But this will only help catch the most egregious cases of outright fraudsters. More often than not the issues are with product quality, product not being per description, gouging in the current situation, etc.

There’s an old saying in the security industry that deterrents such as gates and locks are not to stop thieves — they are only to help honest people stay honest. Amazon’s vetting system (or anyone else’s) can only do much the same. You hope to deter the would-be fraudsters. The real pros are going to get through somehow. Those folks have to be caught in the act and then have another form of deterrent administered. Kudos to Amazon for stepping up their efforts during the current crisis on both fronts.

It’s a step in the right direction. Common problems include sellers setting up multiple accounts so that when one gets shut down for violations, they still have several others running. Stopping the fraud by verifying identity before an account is even set up will certainly help prevent some of these problems.

Video chat won’t catch the most insidious fraudster, but it’s a step in the right direction. The Amazon verification program still needs an upgrade, what it’s really doing is like writing a check and having the customer sign it or taking an oath during jury duty. It doesn’t prevent the fraud, but it can deter and target potential culprits after the fact. The video chat is necessitated by social distancing, but adds little value to the program – other than letting it continue. Still the effects can be beneficial if it takes a few bad products and players out of the game. Time will tell.

Amazon deserves credit for trying to find a way during this pandemic to weed out fraudulent sellers. I doubt the video call verification program will be as effective as the in-person process but it did get them a lot of publicity and that may deter some.

Stopping third-party sellers’ products going through their warehouse not only freed them up to concentrate on shipping essential products but also helps shield them in the type of lawsuit they are facing in Ohio as the product’s supplier.

I agree with the others who call this a step in the right direction. But it is a small step.

A useful analogue is money laundering, a close cousin of fraud. Legal persons are commonly misused in complex schemes to hide the true beneficial owners and conceal the real activity. There is a thriving business of recruiting nominee owners, directors and managers everywhere from college campuses to retiree communities. These straw-men and straw-women stand in for the real perpetrators.

Video calls are a marginally better way of verifying identity. But when identity of a legal person isn’t the real fraud going on, it’s a false sense of security.

Braintrust
"Kudos to Amazon for stepping up their efforts during the current crisis."

"Video calls are a marginally better way of verifying identity. But when identity of a legal person isn’t the real fraud going on, it’s a false sense of security."

"Stopping the fraud by verifying identity before an account is even set up will certainly help prevent some of these problems."