Did Amazon just ‘turn up the heat’ on rivals with its Prime Day announcement? 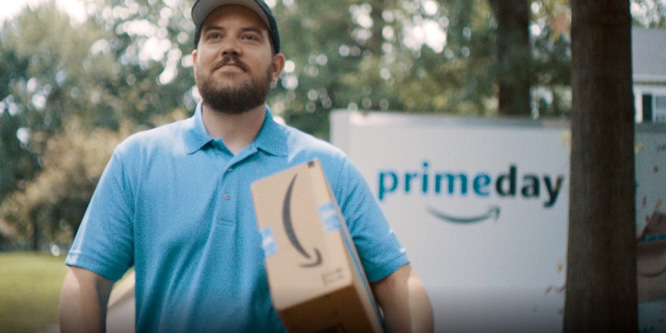 It turns out 36 hours simply isn’t enough time for Prime Day. Amazon.com has announced that it will hold the sales promotion event for not one, not one-and-a-half, but two days this year.

The event, which will begin at midnight Pacific time on Monday July 15, will offer Amazon Prime members limited-time offers on a wide variety of goods. As in the past, people who are not Prime members can sign up for a free, 30-day trial membership to get in on the deals.

“Our vision is that Prime Day should be the absolute best time to be a member — when you can enjoy shopping, savings, entertainment and some of the best deals Prime members have ever seen,” said Jeff Wilke, Amazon CEO Worldwide Consumer, in a statement.

In a press release to announce Prime Day, Amazon emphasized its continuing shift to one-day delivery for members.

“Amazon’s announcement that its annual Prime Day promotion now requires ‘pluralizing’ as it will be two days this year, running July 15 and 16, following 2018’s 36 hour ‘day’, will make an already acutely-competitive retail environment even tougher,” said Charlie O’Shea, vice president of Moody’s, in an email to RetailWire.

“This is yet another example of the flexibility Amazon has to push the pricing envelope, in this case to broaden and deepen the benefits to Prime members, which creates a conundrum for all retailers, with the smaller, financially weaker retailers the most at risk,” said Mr. O’Shea. “Making this even tougher, Walmart and Target will react, further turning up the competitive heat.”

DISCUSSION QUESTIONS: Will Amazon’s Prime Day 2019 further weaken some of its retail competitors? Do you think larger retailers such as Target, Walmart and Best Buy have benefitted or been hurt by past Prime Day events?

Please practice The RetailWire Golden Rule when submitting your comments.
Braintrust
"I’m sure this’ll kick AMZN’s record revenues even higher this year, but I also believe it’ll help ALL retailers."

"It’s been the second largest shopping day for Amazon in years past, why not extend it and get more sales and PR attention?"

13 Comments on "Did Amazon just ‘turn up the heat’ on rivals with its Prime Day announcement?"

Great suggestion Cathy! I totally agree. If you can’t beat them, join them.

I was a bit surprised by the 2-day announcement, but then I remember they had a systems outage last year, so this could be to spread the load — a little like Black Friday sales now lasting multiple days.

As a consumer, one thing that did hit me when I browsed last year was that there was very little stuff I might want. If I were looking for a new work bag or a new laptop they were there to be had, but not the sort I wanted. Prime Day is great for commodity items, but I am am not sure about anything else — a little like “special buys” that retailers have during sales events.

Anytime a colossal event, which causes multitudes of customers to talk about and participate in the event that is birthed, and then proven and expanded over time, will drive most every competitive business to jump in and do their version. Those who will be weakened are those who take no action.

I’m sure this’ll kick AMZN’s record revenues even higher this year, but I also believe it’ll help ALL retailers. They basically did traditional retailers a favor by waking them up to the idea that you can pick a very slow time of year and speed it up with and “event” (vs just plain sales prices) that drives sales. We used to say that “feeding frenzies are a good thing” and that’s basically what the 900 lb gorilla has done. Too many zoo references? Perhaps not! 🙂

It depends on whether the competition can get creative with their offers. Perhaps Walmart and Amazon, and maybe Kroger can compete with Amazon. I hope, but smaller retailers will not unless they really get innovative and creative and it can be done. If Amazon can collaborate with initiatives like the Tote promotion from FEED where for every purchase they will donate 10 free breakfasts for kids, other retailers can also do things like this. Why hasn’t a retailer worked with Colgate or Unilever to donate toothpaste and soap to migrant children who have been living in deplorable conditions at our border? Would something like that not have a hugely positive for both the supplier and the retailer? Could more retailers make a bigger deal of supporting small and medium businesses/farmers whose products they sell? Amazon is making a big deal about how much was sold from small and medium businesses on the last Prime Day. I realize it is not the same thing and not on a platform like Amazon, but the alternative is to… Read more »
2
|
0
-   Share

Amazon continues to push the loyalty envelope by extending its annual Prime Day event to two days this year. Amazon could easily extend this event to be as long as they desire as they no doubt are willing to fuel the discount pricing required to entice shoppers to their website. This will serve as a great way to sign up new Prime members too, which ultimately is their main goal given how sticky a Prime membership can be. Other retailers will no doubt jump on the bandwagon and announce their own special deals (looking at you Walmart, Target, and Best Buy) to leverage an already enhanced propensity to shop on those days. I expect those retailers to see a modest boost on those days as consumers love to comparison shop and will be happy to visit multiple websites on those days before committing their Amazon shopping carts to purchase. Smaller retailers may lack the resources needed to match this event, but I don’t expect them to suffer as a result — I don’t see Prime… Read more »
2
|
0
-   Share

This feels like it is rapidly heading to “Prime Week,” which becomes Prime Month, which becomes the new normal and not of interest at all. There is too much of a good thing and retailers of all ilk seem unable to resist its siren song — even the mighty Amazon. At some point this inevitably destroys the carefully cultivated “lowest prices every day” image that retailers like Walmart, Costco and Amazon have enjoyed.

Prime Day undoubtedly is a huge boost for Amazon during what is normally a quiet season for eCommerce, and extending it to 48 hours will only prove beneficial. According to our data, cross border sellers using Payoneer across all other online retail marketplaces see an average 4% drop in sales during the summer. But with Prime Day, Amazon sellers see the exact opposite – they experience a 30% increase in sales not only during Prime Day, but also for weeks after the initial event.

Lots of terrific (free) PR. Another example of first mover advantage that keeps competitors on the the defensive & forces them to react according to Amazon’s rules. Emulation alone is not enough. Competition needs to develop their own unique differential advantage to turn the tables.

This was inevitable given all the factors already mentioned. And do we remember the genesis and evolution of the “One Day Sale” (hardly the appropriate title these days)? The creep of Black Friday into the many days preceding and following?

I also view this as a pre-emptive move against Alibaba and the inevitable arrival of their 11/11 “Singles Day” event into the USA. Alibaba is not bashful about saying they want to create a “global shopping day.” So Amazon is planting a stake in July and Alibaba will at some point take on “Black November” in the USA. But I don’t expect future event thinking to be limited to those two months as these global behemoths duke it out. Everybody else will be along for the ride.

It’s not a huge surprise that Prime day went from 36 hours to 48. It’s been the second largest shopping day for Amazon in years past, why not extend it and get more sales and PR attention? We’ve seen the same thing happen with Black Friday turning into a five day shopping event. Amazon will also continue to offer “pre-Prime Day” sales as well to keep customers shopping in the days leading up to the actual sale event.

In past years, other retailers have offered sales of their own during Prime Day and have done relatively well. I imagine they will do the same this year and take advantage of the extra day. Amazon has effectively created a new shopping holiday during the slowest sales season of the year for many merchants, competitors would be wise to take advantage of the opportunity.

It a big day for Amazon and this time it will be even bigger. This puts enormous pressure on other retailers the deals will be good, and the shopper will be distracted from their normal retailer hurting their sales. Walmart, Target and Best Buy will have no choice but to imitate.

Braintrust
"I’m sure this’ll kick AMZN’s record revenues even higher this year, but I also believe it’ll help ALL retailers."

"It’s been the second largest shopping day for Amazon in years past, why not extend it and get more sales and PR attention?"