Do social influencers have the ability to boost back-to-school sales? 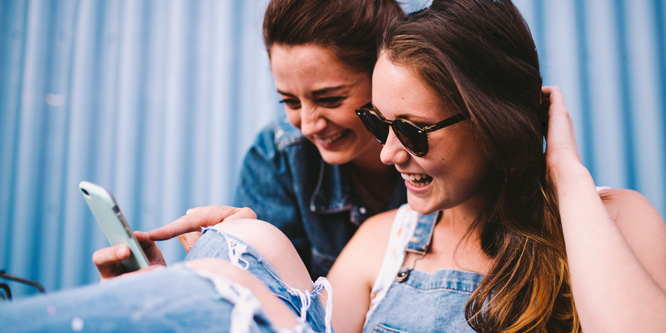 Kids have always had ways of coaxing their parents into buying them stuff. Now, young students also have the force of social media influencers behind them, and the added peer pressure seems to be making parents even more likely to purchase what their kids are demanding during the back-to-school season.

Slightly more than half of parents said that they end up buying back-to-school products that their kids are asking for based on social media influence, according to a study by The Harris Poll reported on NerdWallet. The increased pressure from a whole world of social influencers, as well as friends, about what school supplies and clothing to buy appears to be transferring to the adults making the transactions — even if it means overspending.

Back-to-school splurges may also be an emerging trend, with 93 percent of parents reporting having overspent last year on back-to-school shopping. (Only 50 percent admit they’ll be likely to splurge this year.)

The degree to which social media influencers impact sales is a matter of debate, as it is difficult to determine how much a given social media personality’s endorsement of a product actually results in followers buying the item. Back-to-school would make sense as a place where social influencers could have a great deal of power, though, given the age of the audience and the desire to fit in.

Social sites aren’t the only players changing the shape of the back-to-school landscape, though. Amazon.com’s Prime Day has become the number one event for back-to-school shopping, according to research by RetailMeNot. The 36-hour July retail holiday has outpaced both the first week in August and Labor Day weekend in spending. The same research indicates that households with children in elementary, high school and college are all projected to spend more on back-to-school shopping than in 2018.

It’s perhaps no coincidence that Amazon.com is one of the online retailers that has seen the value of social media influencers for back-to-school sales. The company has partnered with popular social media personalities like Ava Phillippe and Olivia Jade to promote back-to-school storefronts.

Please practice The RetailWire Golden Rule when submitting your comments.
Braintrust
"Social media influencers, like celebrities, obviously have a big pull on what kids want, and if used properly can definitely influence what they buy and where to shop."

"I don’t know if influencers fuel bigger overall baskets, but they do influence product-level decisions..."

"Social media and influencers have a huge impact on teens, who place a priority on fitting in. Back to school shopping is no exception."

8 Comments on "Do social influencers have the ability to boost back-to-school sales?"

Social media is impacting consumers in many ways, and back-to-school is no different. But while social media may have some influence on particular brands or products, I don’t believe that it will result in any major impact on the back-to-school selling season. All retailers should be mindful of the ways they can influence shopper behavior with social media, but it’s just one element of many to make for a successful back-to-school season.

I’m sorry, Olivia Jade? As a back-to-school influencer? I just spit coffee all over my computer.

Social media influencers, like celebrities, obviously have a big pull on what kids want, and if used properly can definitely influence what they buy and where to shop. I’m not sure how influencers will impact the season but they can make a difference.

I can see social media influencers having some impact on certain categories. However, other more functional categories like stationery are likely to be less affected. There is also the issue of parents controlling budgets for back-to-shool, which will likely limit spending on completely unnecessary and frivolous products that influencers wish to push.

Ultimately, a part of me laments the role of influencers and the pressure they can put on children to have the “right” products and brands. I spent most of my childhood getting excited about packets of crayons and bright colored paper, which I’d make things out of, and playing computer games with my friends. I didn’t spend a lot of time listening to what was on-trend. I think my early years were all the better for it!

Social media influencers absolutely impact sales, especially back-to-school sales where kids and parents are purchasing clothes for the school year. Purchases of actual school supplies like pens and notebooks might not be heavily driven by social media, but apparel, shoes, and accessories are (Hydro Flasks, anyone?)

Target has recently expanded its Instagram Influencer campaigns (#TargetTalent) just in time for back-to-school. I’m curious to see what impact that campaign has on sales.

Social influencers definitely play a role in purchasing decisions, even with younger children. YouTube is the go-to channel for many kids these days and it’s full of product placement opportunities (Ryan’s World is on constantly in my house and makes me want to scream). I don’t know if influencers fuel bigger overall baskets, but they do influence product-level decisions, especially in fashion categories (clothes, backpacks, etc).

Social media and influencers have a huge impact on teens, who place a priority on fitting in. Back to school shopping is no exception. Beyond pencils and paper there are backpacks, new shoes and jeans and endless other items that a teen may just have to have. Whether the teen can influence their parents enough to buy more items or higher priced ones, is another discussion.

It’s no secret that our young and still in school siblings go where their friends go as they themselves are on the constant lookout for new places and ideas on the internet. However, the value of what is discovered is more subjective than ever before. Social Media and age related icons are still a hit or miss endeavor with little guaranteed success, according to a large amount of the ROI data on posted reports.

One very interesting marketing tidbit is how much more influence user written endorsements and word of mouth have to create new sales opportunity and acceptance. The one constant in the successes we see in e-commerce sales is that companies growing their electronic or B&M businesses maintain wide range constant contact anywhere and everywhere. This followed up with getting in front of market trends will generate sales and sometimes a meager profit.

In short we are still looking for a starting place with our customers in charge of where and what to buy.

Braintrust
"Social media influencers, like celebrities, obviously have a big pull on what kids want, and if used properly can definitely influence what they buy and where to shop."

"I don’t know if influencers fuel bigger overall baskets, but they do influence product-level decisions..."

"Social media and influencers have a huge impact on teens, who place a priority on fitting in. Back to school shopping is no exception."