Does Amazon need a robot? 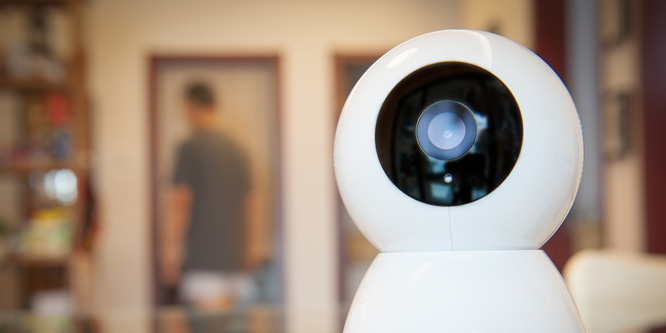 Amazon.com is developing its first consumer robot product, and it could reach American homes as soon as early 2019, according to Bloomberg.

Known internally as “Vesta,” the project has been under development for several years through Lab 126, the division responsible for Echo and Kindle. Amazon ramped up hiring for the project ramped up this year with a goal to seed devices in employees’ homes by year end.

No details have emerged on exactly what the robot looks like or what it can do, but sources familiar with the project told Bloomberg that Vesta “could be a sort of mobile Alexa,” accompanying users to places in their homes that don’t have Alexa devices. Backed by cameras and computer vision software, prototypes “can navigate through homes like a self-driving car,” Bloomberg reported.

Vesta could move similarly to the Roomba line of vacuum cleaners, recent versions of which are able to connect to Echo and Google Home.

“A mobile Alexa could still be very useful for Amazon and for users,” wrote James Vincent for The Verge. “It would allow the company’s virtual assistant to take on a more personal role, and the spatial information it collected could make Alexa function better.”

Several personal robots, such as Mayfield Robotics’ Kuri and LG’s Hub, have recently been introduced to the market to help control smart home devices and offer companionship. Priced at $700, Kuri began accepting pre-orders in December. In a review, TechCrunch wrote, “Kuri’s designed to autonomously navigate the house, learn over time, automatically capture special moments, play back music, audiobooks and podcasts, and generally be a pal around the house.”

Amazon has owned robotics-maker Kiva Systems since 2012 and has developed voice recognition expertise and AI skillsets in its work with Alexa. While exorbitant pricing and limited functionality has held back consumer robots in the past, Amazon has shown an openness to sharp pricing to gain traction with launches.

Wrote Jeremy Horowitz for VentureBeat, “As Bloomberg points out, advances in computer vision and AI may enable Amazon’s device to turn the corner by adding more advanced functionality and autonomy, while the company’s typically aggressive pricing strategy could make Vesta — unlike, say, Sony’s robot dog Aibo — appealing to budget-conscious consumers.”

DISCUSSION QUESTIONS: Would Amazon benefit by coming out with a robot to support the Echo smart home experience? Is a robot product likely to appeal to consumers? Would a robot enhance Alexa as a shopping tool?

Please practice The RetailWire Golden Rule when submitting your comments.
Braintrust
"Anything that Amazon does to keep their brand top of mind benefits Amazon. "

"Since the Jetsons, people have dreamed of owning robots that could perform tasks around the house. "

"The question is, how deeply do we want to trust Amazon and their robots and devices?"

9 Comments on "Does Amazon need a robot?"

Anything that Amazon does to keep their brand top of mind benefits Amazon. The features/functionality of a robot are somewhat inconsequential as long as they keep the Amazon brand engaged. The company knows that controlling lights, playing music, providing companionship, etc. are all tools to create comfort with the brand for those moments when a purchase is needed and they are the default order recipient.

Since the Jetsons, people have dreamed of owning robots that could perform tasks around the house. Amazon, with the learning it has gained through its Echo, may be the first company to launch a mass market home robot. The robot would be part personal assistant, part friend. Interacting with the Echo ecosystem, it could process orders, play music, read and provide information. Amazon wants to be first to market with an affordable robot, and we should never count Amazon out.

I can’t answer the question directly. This a Trojan Horse ploy to first get into your home and, eventually, into your undergarments drawer. How far will Amazon go and how much does a consumer need this? Far, and not very much!

If the idea is simply to give Alexa the scope to move from room to room, I am not sure this is all that revolutionary. I have something that can do that at the moment – it’s called my smartphone!

To be fair, these are early days and you can see how this might evolve into a device which helps with security, simple household chores, and so forth. It could also be something beneficial for the infirm or elderly.

Amazon is very consumer-centric so I am sure they won’t struggle to find applications for robotics as the technology evolves.

Considering a robot as a personal assistant with voice interface is the key to seeing its value. It becomes all of what Alexa and Echo have broken ground on during early experimentation and adoption, while adding to the quality of home and work life in similar profound ways that smartphones enable communication, safety and convenience.

Amazon has learned the formula to success is to integrate their brand as deeply as possible into our everyday activities. Alexa does a fairly decent job doing so but being tethered to one space introduces limits. Why else do we see Amazon so aggressively price Echo Dots for us to put multiples in our homes? A mobile robot that becomes your trusted assistant will quickly serve to more deeply integrate Amazon as part of our daily routine. The question is, how deeply do we want to trust Amazon and their robots and devices?

Does anyone need a robot? Well, the Jetsons certainly found uses for their emotional Rosie. There is no reason why, (finally) some 50 years later brands wouldn’t connect their products and services that are becoming ubiquitous in our society to the demands of their consumers. Yes, this makes sense, and those who love their wearables and personal assistant boxes will love a robot.

This is going to drive my dogs bananas. Unless it comes programmed with a “train my pets” module and the patience to repeat commands thousands of times … Nah, that will drive them crazy too.

I also forecast an uptick in the bathrobe business. No more streaking around the house while Vesta is lurking.

Ok – perhaps I am the only person that finds this a little creepy. I understand the value of the PR. It further signifies Amazon’s tech expertise but given all the issues surrounding the ability of these devises to listen, record, and analyze information, having one that can follow you around the house is a step too far for me.

Braintrust
"Anything that Amazon does to keep their brand top of mind benefits Amazon. "

"Since the Jetsons, people have dreamed of owning robots that could perform tasks around the house. "

"The question is, how deeply do we want to trust Amazon and their robots and devices?"