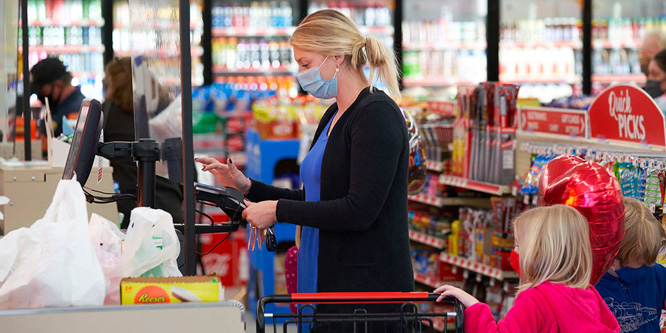 The activist investor Mantle Ridge has taken a $1.8 billion stake in Dollar Tree and is focused on shoring up what the firm and others see as the company’s weak link — Family Dollar.

Mantle Ridge, according to The Wall Street Journal, is working with Rick Dreiling, the former CEO of Dollar General, as it sets out to get Dollar Tree’s board to make changes to the way Family Dollar operates its business.

Mr. Dreiling is familiar with Family Dollar, not only because he competed with the chain while at Dollar General but also because he sought to acquire the company for $9.7 billion in 2014. He was so intent on a merger of the two companies that he pledged to put off a planned retirement for a year to stay and create the “preeminent small-box retailer in the U.S.”

In the end, however, Dollar Tree won the contest for Family Dollar, despite making a lower bid than Dollar General. The analysis at the time was that federal regulators would see the merger of the top two dollar store chains as an antitrust violation. Mr. Dreiling and Dollar General had believed that the regulators would take a broader view of the competitive landscape and understand that the market included Walgreens, Walmart and many others.

Dollar Tree’s performance has been well below Dollar General in recent years, posting compound average sales growth of 5.3 percent going back to 2016, according to another Wall Street Journal report. Dollar General’s sales increased 11.3 percent over the same period.

The chain has sought to refresh its operations to drive sales and profits in recent years, including the rollout of H2 format stores, which have added Dollar Tree $1 merchandise sections, a larger party products assortment and also expanded freezer and cooler sections.

DISCUSSION QUESTIONS: Why is Family Dollar underperforming, in your view? Will Mantle Ridge’s stake result in changes that will benefit Family Dollar?

Please practice The RetailWire Golden Rule when submitting your comments.
Braintrust
"Hopefully this change in focus will help the company to get back on track as it starts to see the benefits of pandemic spending habits fade."

"Why does any retailer stumble? Family Dollar failed to keep pace with the consumer market."

Family Dollar long suffered from poor locations, grungy interiors and less competitive pricing. These are all things that are being addressed by Dollar Tree (parent company), which has closed under-performing stores and invested in remodels, the merchandise mix and improving pricing vs. competitors. The company’s new co-branded stores (Dollar Tree and Family Dollar in one box) have also seen early success. Mantle Ridge may look to advocate for an acceleration of some strategies to bring about more rapid change, which could benefit financial performance.

Dollar General losing out to Dollar Tree in the Family Dollar fight was, in the end, a great win for the company. Family Dollar isn’t a terrible business, but it still needs a lot of work to optimize and deliver growth and this has proved a major distraction for Dollar Tree over the past few years. Hopefully this change in focus will help the company to get back on track as it starts to see the benefits of pandemic spending habits fade.

In my area, Family Dollar has remained stale – same stores, no innovation, no excitement. I am hoping that Mr. Dreiling can provide a reinvigoration to the company to allow it to compete with Dollar General. Time will tell.

Why does any retailer stumble? Family Dollar failed to keep pace with the consumer market. By taking a monolithic approach to their shoppers — seeing them as price oriented buyers who didn’t care about grubby locations, stale merchandising, and lack of variety — Family Dollar failed to keep up with its customers and its competitors. As to Mantle Ridge’s taking a stake in the business, it clearly can’t make things much worse and there’s a very real chance they can push for the changes that will be necessary to keep the stores open.

Braintrust
"Hopefully this change in focus will help the company to get back on track as it starts to see the benefits of pandemic spending habits fade."

"Why does any retailer stumble? Family Dollar failed to keep pace with the consumer market."