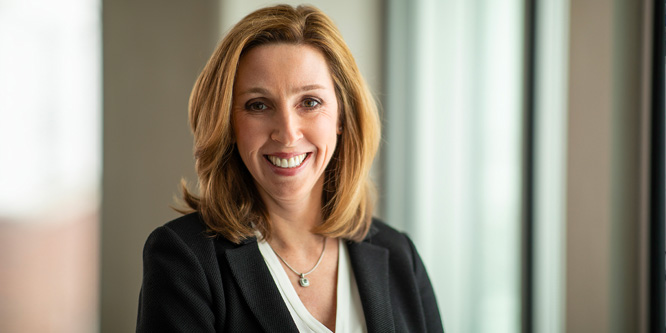 Once Lauren Hobart’s pending promotion to Dick’s Sporting Goods’ CEO takes effect at the close of the retail year, 10 of Fortune 500’s 41 female CEOs will be from retailers (assuming no other changes), according to The Wall Street Journal.

A Korn Ferry analysis from April 2019 of the top 1,000 U.S. companies found retail already leading among industries with the highest percentage of female CEOs, at 12 percent.

The Journal noted that Ms. Hobart’s promotion follows recent first-time female CEO milestones reached at Rite Aid and CVS as well as Citigroup and Clorox as part of a broader trend.

Past efforts to establish a strong pipeline of female candidates has paid off for retail, according to the Journal’s reporting. Retail’s digital disruption is also believed to have changed the traditional path of chief merchant toward retail CEO, widening opportunities for female candidates.

“It’s forced boards to think outside the box and to look at where opportunity is being created, and that has created an opportunity for women to shine,” Jane Stevenson, who leads Korn Ferry’s CEO-succession practice, told the paper.

The natural benefit retailers should gain from having women in leadership positions was also cited as a factor behind retail’s success with women CEO representation, according to a December 2019 Bloomberg article. Christa Hart, senior managing director at FTI Consulting, told Bloomberg, “To some degree, I think boards like the idea that companies are being run by the customer that they’re targeting.”

The “Women in the Workplace” report from McKinsey and LeanIn.Org found slow but steady progress being made over the last few years, with women in the c-suite aided by flexible working norms, bias training and a focus on mentorships and accountability. COVID-19, however, was found to significantly threaten further progress by exacerbating challenges women face balancing work and home life.

DISCUSSION QUESTIONS: What is driving the success retailers are finding versus other industries in promoting women to CEO roles? Is it any more or less important in retail vs. other industries for women to be in C-suite positions?

Please practice The RetailWire Golden Rule when submitting your comments.
Braintrust
"A higher propensity for women leaders in retail is a natural evolution of more women being involved in the retail business."

"Ignoring the prejudice of more than a hundred years will not be cured over night. 12 percent is hardly a milestone no matter what the comparison is."

"Somebody’s excited about that 12 percent but I’m not. And I am guessing other women reading this won’t be either."

19 Comments on "Have women permanently broken through retail’s glass ceiling?"

In retail, a lot of customer purchasing decisions are driven by women, so it makes perfect sense that women should have strong representation in the top role and in other senior positions. This is starting to happen more and retail may be better than other industries, but there is still a long way to go before women are properly represented. A lot of the retailers run by women – Ross, Ulta, Best Buy, Williams-Sonoma, Abercrombie & Fitch, and so on – are really successful companies that seem to have a firm grip on strategy and a purposeful sense of direction. Maybe there is a lesson to be learned!

When a man wants to be a CEO, he starts a company. He then creates his corporate rules, cultural norms, and promotion standards. Today we are celebrating that many of his businesses are finally promoting women to C-suite positions. It’s nice to crack that glass ceiling. It’s even better to start being the boss. Soon, more and more women will create their own companies too.

Women are doing it and in a big way.

What has kept them out of entrepreneurship has not been their talent, but a male dominated ecosystem for promoting and sustaining entrepreneurial individuals.

It is neither more nor less important for women to be in C-suite positions in retail than in other industries. It is equally important.

A higher propensity for women leaders in retail is a natural evolution of more women being involved in the retail business (Sales, Marketing, Research, Operations…). With continued emphasis on women in STEM (especially engineering and finance), other industries will see the diversity retail is helping pioneer.

Women make more than 85 percent of consumer purchases and influence more than 95 percent of purchases. Female retail CEOs have an edge in understanding these shoppers. These retail leaders balance efficiency and discipline with empathy and creativity to build loyal, lucrative relationships.

I think this is a great start but, like in all industries, there’s still a long way to go. Yet whatever the service vertical, empowering women to C-level positions will only benefit the company in the long run. We’ve already how seen the risks of data bias or non-authentic diversity clauses fall short for brands. Across all industries, therefore, it’s important that women be given equal opportunities to enter C-level positions, as this not only mitigates risk but strengthens their imagination and appeal.

Women should be identify with fashion for women better than anyone. As to whether women want to run a retail company or not, it is up to the women.

In an industry where many of the key decision-makers and power players are women, we should expect a good proportion of the retail CEOs to be women. While the latest retail developments are encouraging, there is plenty of work to be done in all industries. Diversity is a key initiative for all industries, and we are starting to see non-retail segments hiring women CEOs.

While its encouraging to see Mary Barra lead the General Motors team, Carol Tomé lead the United Parcel Service, Safra Catz lead the Oracle organization, retail is leading the way with Corie Barry, Heyward Donigan, Michelle Gass, Sonia Syngal, and many others who are breaking the glass ceiling.

I am so tired of talking about this. It was the conversation when I started my career and, more than 40 years later, we’re still talking about it. In all those years the needle hasn’t moved all that much.

Ten out of 41 retail CEOs are women, and retail leading with the highest percentage of female CEOs at 12 percent is a start. The ceiling is cracking but the numbers are still awfully low. We all know that women are just as capable of holding high level positions as men are, yet this is still a headline. Somebody’s excited about that 12 percent but I’m not. And I am guessing other women reading this won’t be either.

I couldn’t agree more Georganne! Im not celebrating 12 percent when women are half the population, and the vast majority of the retail workforce and buying decision makers.

How do I say this delicately? Retailers have been marketing directly to women forever. Now they are realizing that women CEOs can be better at advancing the retailer’s position in the marketplace. Let’s say that’s an epiphany.

I think that women CEOs can be excellent leaders in all industries. And of course CEOs, regardless of gender, and not because of gender, sometimes fail.

Forgive me but honestly, I don’t see this as a “success” story at all. Quite the opposite in fact. Roughly 51 percent of the U.S. population are women, so — if my math is correct — roughly 51 percent of all executive positions should already be occupied by women working at fully equal pay, benefits, promotion, and bonus opportunities to their male counterparts. It has nothing to do with which gender theoretically buys what category. It has to do with fundamental social justice. Are we seriously celebrating the fact that only 41 of Fortune 500 firms are led by women, when women should be leading (at least) 251 of them? Does Korn Ferry seriously suggest than an 88 percent to 12 percent CEO opportunity gap is progress? The second question is misogynist and deeply offensive. Are women more qualified to lead a retail firm than say a construction company based on gender? That idea is based on the assumption of the validity of gender-specific roles (as in,”The ‘little lady’ of the house does the shopping… Read more »
7
|
-4
-   Share

Yes, there is no reasonable reason today why 50% (or 51%) of the executive positions are not filled by women. The talent is there. And the performance of women-run companies (and countries for that matter) might suggest that they are better at it.

No. Ignoring the prejudice of more than a hundred years will not be cured over night. 12 percent is hardly a milestone no matter what the comparison is. Women need equal representation in all of our leadership roles, as well as equal compensation and equal responsibilities. There is still a long way to go for our C-suite positions before they are equal regardless of sex.

I believe it is important to have the leadership reflect the society it serves. Diversity, including women, is key and has been shown to improve business performance via diverse perspectives.

Since women drive 70% to 80% of all consumer purchasing decisions, it is critical that the retail executive ranks are representative of their audience. This recognition could be a factor contributing to promotions, but with only 12% of the retail CEO positions being held by women, the journey is far from over. And it is important to recognize that these promotions have been well-earned due to hard work, great leadership skills and deep business expertise, not just gender.

Until the day comes when we no longer ask the question “have women permanently broken through any glass ceiling?” and we stop using terms like “female CxO,” the answer is “no, we are not done.” Continuing to develop rich talent pipelines and providing mentorship to under-represented groups is required to get there.

In theory, it makes no difference. In practice, I think the greater interaction of women with a typical retailer — as opposed to, say, a heavy equipment manufacturer — is going to have a greater impact (and by implication a greater impact by their absence).

I would call this a small step instead of a “success” because we still have so much work to do. Women may be gaining more opportunities to lead in retail, but we’ve got to pick up the pace. We all have to ask ourselves if we are helping or hindering the advancement of equality in our workplace. Until we have diversity on every team in every industry, we won’t see any significant results.

Braintrust
"A higher propensity for women leaders in retail is a natural evolution of more women being involved in the retail business."

"Ignoring the prejudice of more than a hundred years will not be cured over night. 12 percent is hardly a milestone no matter what the comparison is."

"Somebody’s excited about that 12 percent but I’m not. And I am guessing other women reading this won’t be either." 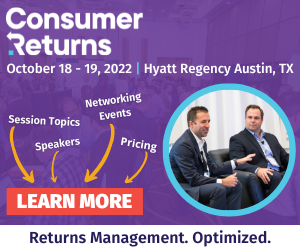