Holy badgers! Target did what with a University of Minnesota onesie? 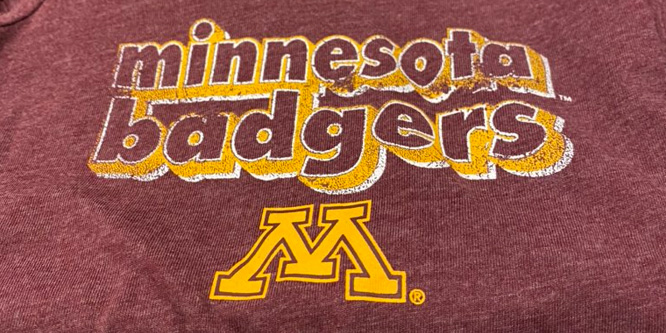 If I had an infant at home, I’d want one. That’s the first thing I thought when I saw the news that Target, based in Minneapolis, was selling a onesie in the University of Minnesota’s maroon and gold colors with the name Minnesota Badgers emblazoned on the front. My desire to purchase this item has nothing to do with being a fan of the Big 10 Conference. (Strictly a Big East guy here.) It has to do with a funny, head-scratching move by Target. Read on.

As everyone from Minnesota (AKA The North Star State, The Gopher State, the Land of 10,000 Lakes and The Bread and Butter State) is aware, the school’s sports teams are known as the Golden Gophers. The Badgers (predators of gophers in the wild, I assume) is the name given to the Big Ten rival University of Wisconsin’s team. Wisconsin is primarily known as The Badger State even if it is probably more well known for its dairy products.

So, how could a Minnesota Badgers onesie find its way to four stores in Minneapolis from a retail chain with its headquarters in The Gopher State? That question has not been answered yet, but Target issued a statement to all the “Uff da” responses it was getting to this merchandising mishap.

“Color us red. As a Minnesota-based company, we know we are home to the Gophers,” the statement read. “We’ve worked with our vendor to remove this item and apologize to any sports fans who might have been left scratching their head.”

Target has told media outlets that 24 of the onesies made their way to shelves in four stores in the Twin Cities area. Two were purchased. The rest were removed from the stores on Monday and sent back to the vendor.

DISCUSSION QUESTIONS: What are typical best practice responses for retailers and brands when mistakes like Target’s Minnesota Badgers onesie mishaps occur? Are there any unconventional responses that would have worked in Target’s favor in this instance?

Please practice The RetailWire Golden Rule when submitting your comments.
Braintrust
"I think the company could have gained more positive PR with a heavier dose of self-deprecating humor."

"S**t happens. This is a simple error, just own it. A fun oops apology should fix this uff da."

"When purchasing hands you a lemon, it’s time to make marketing lemonade. As they used to say in Silicon Valley, 'If you can’t fix it, feature it.'"

12 Comments on "Holy badgers! Target did what with a University of Minnesota onesie?"

Longtime Wisconsin resident and Badger fan here, even though I’m a Minnesota native and thus considered a traitor. (Uff da, indeed.) I think Target’s quick response to its mistake was fine as far as it went, but I think the company could have gained more positive PR with a heavier dose of self-deprecating humor. They could have taken it a step further by “announcing” the removal of Duke Tarheels and Clemson Crimson Tide apparel from their shelves.

S**t happens. This is a simple error, just own it. No one got hurt and it’s not one of those horrifying retail mistakes like the bloody Kent State sweatshirt sold by Urban Outfitters a few years ago. A fun oops apology should fix this uff da.

I am going to assume these came from overseas and were ordered sometime last year. Regardless of who forgot to check the stock, I agree with Georganne on this: Own up to it, make fun of yourself, and move on. These will end up on ebay and be sold for a lot more than the list price…

Mistakes happen. It’s the company that steps up and manages the issue, which could be small or crisis level, which not only fixes the issue but also restores consumer confidence.

Think about the difference in the way United Airlines handled their infamous mishandled passenger situation compared to how Starbucks handled their crisis when two African American customers were wrongly arrested. Those happened in the last two years and are still a vivid memory for most. One was slow to take action while the other was quick to respond. For those that may not know about the incident, just Google it. Watch how Starbucks turned what started out as a PR nightmare into a text-book case-study on how to manage problems.

My suggestions on how to handle a problem like this, which Target did well (and so did Starbucks):

When purchasing hands you a lemon, it’s time to make marketing lemonade. As they used to say in Silicon Valley, “If you can’t fix it, feature it.” So admitting the mistake is good, but there was a chance (in Minnesota at least) to do something more, like establish a scholarship at the University of Minnesota for students working on state history — or even geography. Once owned, acknowledged, and atoned for the “sin” should be forgotten.

I thought they should have run with the mistake and announce plans to launch a new private label line called Give Tees A Change. ;o) They could have done mashups all over the place — New York Red Sox, Green Bay Vikings, North Carolina Blue Devils, Ohio State Wolverines, etc. — and put the designs on t-shirts, onesies, etc. with a portion of the proceeds going to a worthy cause — maybe peacekeeping missions around the world or something else in conflict resolution. :o()

Hey guys! Leave the Tar Heels out of this, dadgum it! Just because we’re having a down year doesn’t mean we don’t still have feelings (primarily hatred for all things Duke!). As for Target, their gaffe carries over into their apology (“color us RED…”???) Uh, that would be the Wisconsin Badgers colors. Clearly Cornell must be a Badger!

I’m a Wisconsin Badger living in Minneapolis, the home of the Golden Gophers. Yes mistakes do happen but, when it did in this case, Target could have leveraged the mistake to their PR advantage. The rivalry between Minnesota and Wisconsin is part of the local color and culture. Many households here in Minneapolis are mixed – Vikings and The Green Bay Packers. When I saw this I had a chuckle. Target could have taken advantage of it as opposed to the dry legalistic disclaimer – boring! This didn’t even have time to make local news! — A “GOLDEN” opportunity lost.

Funny now … forgotten tomorrow. I am an ACC fan so this is minor, if not insignificant to me, because it happened to someone else … LOL. But in today’s rapid news cycle, this is going to be well archived in a couple days. On to the next goof up (my guess is it is going to happen in DC).

Admit the problem, take the offending product from the shelves, offer a replacement, and move on. Internally reevaluate the quality control issue.

RW’s biggest non-story … ever? Perhaps, but back to the question: yes, this was the best response. The more interesting angle to this story, methinks, has to do with something we discussed yesterday — localization. The irony of course is that Target is HQd in Minneapolis, so we’re assuming the buyer was — or should have been — a rabid Gopher’s fan who would/should never make such a mistake, but is that true? Target is a worldwide organization and for all we know, the entire sourcing and production may have ben done in Whereveristan. Localization can be hard when your “home” is the whole world.

What does Target plan to do with the recalled garments? Bury them in a land-fill? Donate them in third-world countries? Auction them off one at a time to collectors? I wonder how long it will take before some of these mis-printed onesies show up on eBay with breathtaking price tags.

Braintrust
"I think the company could have gained more positive PR with a heavier dose of self-deprecating humor."

"S**t happens. This is a simple error, just own it. A fun oops apology should fix this uff da."

"When purchasing hands you a lemon, it’s time to make marketing lemonade. As they used to say in Silicon Valley, 'If you can’t fix it, feature it.'" 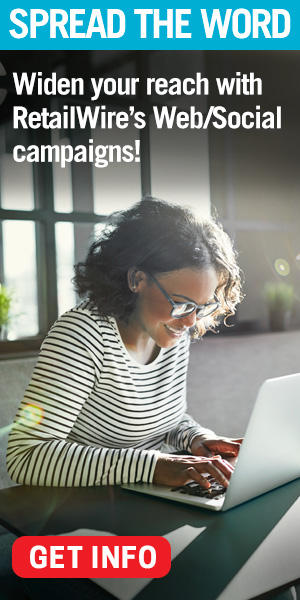