Is it time for marketers to embrace radical transparency? 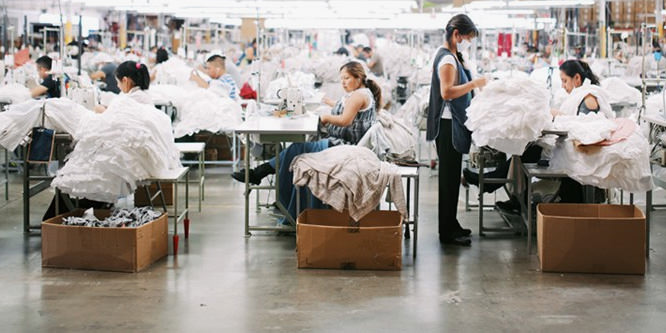 While many brands make a commitment to transparency, Everlane makes it a point of differentiation. The apparel brand, which only sells online, makes its production costs completely visible to consumers.

Michael Preysman, with a degree in computer science and some experience in private equity, founded Everlane in 2011 at the age of 25 after noticing the huge price markups on apparel at retail.

“At Everlane we reveal our true costs, and then we show you our markup,” the company wrote on its website. “In traditional retail a designer shirt is marked up 8x by the time it reaches the customer. By being online only, we eliminate brick-and-mortar expenses and pass these savings on to you.”

Everlane’s abstinence from advertising and discounting leads to further savings for consumers.

Everlane’s “radical transparency” also involves revealing which factory each item was manufactured in, why Everlane works with that factory, and details about its owner’s reputation. The factory in Ho Chi Minh City where the t-shirt came from was Everlane’s first Vietnam factory.

Mr. Preysman added the extra step of detailing production costs after realizing he had “nothing to hide” around such costs and it would best illustrate the value of Everlane’s products.

“From our perspective, it was like, ‘Hey, people are mature enough,’” he told Business of Fashion earlier this year. “People understand that you have to make a profit, so why don’t we just tell them?’ So we started with transparency on pricing.”

Everlane was valued at “north of $250 million” in a private-funding round last year and expects to hit $100 million in revenues this year.

DISCUSSION QUESTIONS: What do you think of the Everlane business model? Do you see such “radical transparency” in detailing production costs as a niche opportunity for a small online player like Everlane or a tactic other retailers should embrace?

Please practice The RetailWire Golden Rule when submitting your comments.
Braintrust
"It's an interesting model ... but is it really all that transparent?"

"What’s next, a complete financial statement of your business, right down to the toilet paper expenses?"

"I’m certain the intention is sincere, however this could be a slippery slope — for all retailers and their supplier partners."

14 Comments on "Is it time for marketers to embrace radical transparency?"

Combatant Gentleman also started their shop on this. We will see more of this and more stuff like this that will get to a point of stupid. Some select markets — like tree-huggers and city home chicken ranchers will love this. The retailers need to share to a point but not with too much granularity for shoppers.

When a few e-tailers do this, it’s a gimmick that works. Industry-wide, it is the superhighway to commodification, also spelled F-A-I-L-U-R-E.

I hope it does not catch on. It assumes that all that matters is production costs. Where do we account for innovation and design? Are the costs for such innovation and leadership in any way accounted for? If all that matters is the margin between production costs and retail price we are destined to transform consumers into ever greater buyers of progressively more vanilla products.

Everlane has hit upon a great gimmick, but I question the need for other retailers to embrace radical transparency. If Everlane makes good quality products and sells them for a good price, the result should be good sales. If they were to make lousy products, knowing how the company arrived at a price and where they were produced would have little impact. Consumers want quality at a price they perceive to be fair. It’s that simple.

It’s an interesting model … but is it really all that transparent? The example shows an indigo textured t-shirt with a “traditional retail” price of $80. So I did some quick comparison shopping, and here’s what I found: Frank + Oak has one for $32; Zuma offers the same shirt for $57.00; Apolis’ version is $48; Wallace & Barnes has one for $54.50 and Madewell’s indigo texture pocket t-shirt has a retail price of $39.50. I could go on, but I think you get my point. Look, no question some people will like this approach, although they probably are the same group that believes that the jewelry store in the mall is really selling their wares for 50 or 60 percent off. Spelling out the costs doesn’t mean you can’t hide some of them and citing an inflated “traditional” price doesn’t make it necessarily accurate. People believe what they want to believe and so any price-based marketing scheme will always attract a core of followers who are surer than sure they have stumbled upon the… Read more »
2
|
0
-   Share

This another marketing tool to gain favor with consumers by supposedly being totally up front with their operations. What’s next, a complete financial statement of your business, right down to the toilet paper expenses? Consumers want deals, plain and simple, and if you are gouging on price you will fail. For me it is pretty simple. Customers don’t care that you have high costs of labor or materials, as they want stuff for as low as they can get, which is why Walmart and Aldi are so successful — because they have low prices. Marketing takes on all forms these days, from simple social media to high flying acrobatic schemes involving any number of crazy promotions. Getting people into your stores is getting harder and harder these days and you will see more and more crazy promotions and social media platform programs that are designed to win favor with their audience. Once you get them into the store, then the best service and price combo will always win.

I believe this is a brand statement more so than a marketing approach. Sort of like how Whole Foods tells us what ocean the fish was swimming in and how long ago. This is what we want/expect from the brand to motivate us to buy.

As for marketing? Consumers want to know they are not being bamboozled. They aren’t asking for the cost of goods break-down. They also don’t like chasing a product over the course of the day in order to get the best price. Unless, of course, that is a brand statement too and they are in it for the game.

It’s a competitive world we live in and the consumer can figure out what a fair price is. So don’t try to sell them a bill of goods.

I can see both sides of this question. On the one hand, I think it’s great to be able to compare price against cost and make your own decision iF the cost is accurate and not being manipulated just to look “low” (per Ryan Mathews). But how do you put a price on innovation and design (per Tom Dougherty)? This may be the same problem we are talking about when we discuss “list prices” becoming a slippery slope — for both sides.

If you have a great story to tell, it is usually good marketing to tell it. The shoppers that will find this marketing approach as a refreshing point of difference are also likely to be voters who are in the process of rebelling from traditional politics, which is certainly on an upward trend these days.

However, I doubt if most larger retailers would be in position to be proud or boastful of their true cost/profit structure to the extent they would embrace using it as a marketing ploy. As an alternative from announcing actual costs and detailed processes, larger retailers can (and some are) tout their efficiencies and sourcing practices that save their shoppers money or improve the shopping experience but not expressed in monetary terms.

My sense is that being monetarily transparent is a play that may accommodate a few smaller retailers, while larger retailers can apply a derivative of this approach to talk about their brand in more general terms.

I’m certain the intention is sincere, however this could be a slippery slope — for all retailers and their supplier partners. Do we truly want to be held to our COGS by consumers? Also, true landed costs include far more elements of the supply chain than are depicted here. Simple messaging of “cost” is something shoppers can understand. More detail than that becomes confusing and mostly misleading. If you offer a good product at a competitive value, this further “transparency” is unnecessary.

Just tell me the bottom line price. Why bother the customer with more numbers? Good luck in someone paying a lot of money. None of my clients ever ask me what percent of their fees go to pay my software leases, health care, or retirement. They just want to know how much the bill will be.

I’m sorry, but I don’t really see any advantage — or even purpose — to this. Customers want to know what they’re paying, and perhaps why one product costs more than another, but they couldn’t care less what it costs the manufacturer. And is it really an advantage if your shirt sells for half as much as a that of a competitor, but they claim their labor cost (aka “what they pay people) is twice as high?

This type of transparency is a gimmick; it’s attractive, but it has limited appeal. Shopping is not always a simple transaction game or a commodity purchase. It’s a an experience; a sport, an activity, a scavenger hunt, a social time, and an experience within the context of the occasion. Retailer who offer the best experience, extend it to their website and get rewarded for it.

The consumer wants transparency on materials utilized, labor, ethical and environmental practices. Consumers will brag about the “deal” they found, the quality of the workmanship, the materials and origin of their clothes, the social benefits. The whole is greater than the sum of it’s parts. I’ve yet to meet or hear of anyone who proudly proclaims the price of the fabric, zipper or freight.

Retailers should embrace transparency, but they also need to be cognizant of what motivates their consumers.

While I admire the sentiment around radical transparency, I am not sure that consumers have yet been trained in what is a fair market value (mark-up) that retailers should receive. Also, those costs vary substantially from retailer to retailer and even from store-to-store.

Also, and perhaps more importantly, the price of a product is not determined by a cost-plus mentality but by the perceived value that the customer has for the item they wish to purchase. Training customers to focus on price as a relative mark-up it to ignore that value equation entirely.

Braintrust
"It's an interesting model ... but is it really all that transparent?"

"What’s next, a complete financial statement of your business, right down to the toilet paper expenses?"

"I’m certain the intention is sincere, however this could be a slippery slope — for all retailers and their supplier partners."