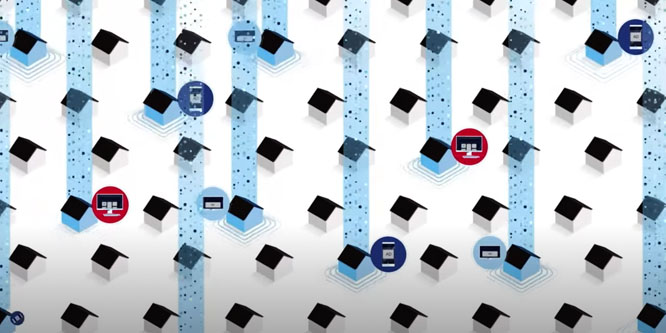 Advertisers will now tap data from Kroger’s 60 million households to target relevant households with inventory suppliers like Magnite, OpenX, PubMatic and Xandr. The expansion into video and CTV builds on the 2021 launch of Kroger Private Marketplace, a self-service platform for advertising agencies and brands initially for display-only campaigns.

With the new programmatic capabilities, advertisers will have self-service access to:

The offering comes as viewers continue to migrate from linear TV to CTV and CPG advertisers have increasingly faced audience fragmentation in traditional TV.

“Streaming is the number-one way people consume TV today,” said Cara Pratt, SVP, KPM, in a statement. “That means the majority of TV viewing hours can now be optimized in the programmatic environment. Our retail data precisely reaches households – such as lapsed or infrequent brand buyers – and then matches advertising exposure to store sales to measure brand impact.”

“The scale and quality of Kroger’s first-party data has enabled us to optimize CTV delivery for our advertisers against actual stores sales,” said Kelly Metz, managing director, Advanced TV at Omnicom Media Group, in the statement.

Ad Age’s Jack Neff writes, “The move comes as advertiser interest—particularly CPG advertiser interest—in CTV is growing quickly, along with a recent explosion in retail media offerings and the availability of retail purchase data to target and measure the effectiveness of ads.”

Adexchanger’s James Hercher believes the higher cost of first-party over third-party data might present challenges. He wrote, “National TV advertisers, especially big CPG brands with upfront rates, are used to software and data costs eating up some single-digit percent of the media plan. That’s the difficult transition for KPM as it adds CTV – not just proving the ROI of a campaign, but the value of the data itself.”

DISCUSSION QUESTIONS: What do you think of the advertising opportunity in purchasing CTV and video inventory tied to Kroger first-party data? What’s your overall advice for brands exploring a programmatic CTV advertising strategy?

Please practice The RetailWire Golden Rule when submitting your comments.
Braintrust
"The potential of looming privacy legislation like that in Europe should make retailers think twice about this marriage."

"This has the potential to be so much better than what digital advertising has offered."

"Retailers are now media companies and in-house ad shops are now the rule vs. the exception."

I believe this may be going a bit far. The potential of looming privacy legislation like that in Europe should make retailers think twice about this marriage. I think anonymity is on the rise and I would be wary of heavy investment in this technology.

This is an extremely important point. Before reading your comment, I would have said that I could see many retailers attempting a similar strategy. However given what a new frontier this is, it’s only a matter of time before lines are drawn.

The lines on privacy may be a bit blurry here as you go from country to country. That being said, if Kroger used their data for good and worked with advertisers to share data to drive better product and marketing decisions, then I am all for it.

The last thing a consumer wants is to be targeted for ads that are not relevant. If you don’t have a pet, babies or need a heart rate monitor, the brands marketing to these consumers clearly don’t know them. I would rather receive targeted marketing that made sense for me since I know that my data is being collected and sold.

Retailers are now media companies and in-house ad shops are now the rule vs. the exception. Kroger’s push toward programmatic is completely in line with both dynamics. Potentially intrusive backlash considered, KPM’s expansion adds value to the platform and gives Kroger a bigger bully pulpit with brands.

No question, there is great value in the data. As the content delivery vehicle becomes both more complex and more abstracted from our historic tv viewing model, tools to simplify the “right ad to the right viewer” will be highly sought by advertisers. I anticipate there will be both technological and ethical issues aplenty in the early adoption stage, and it could be messy for a while.

This has the potential to be so much better than what digital advertising has offered. Yes, privacy is a concern but people and governments are much less likely to get up in arms when there are good (for the consumer) results.

Taking any marketing action based on data from a single retailer is never a good idea unless you are only interested in that retailer’s franchise. If I stop buying Chips Ahoy at Kroger, you don’t know whether it’s because I’ve stopped buying Chips Ahoy or I’m buying them cheaper elsewhere. Look to better ways to spend your A&M dollars.

KPM is a juggernaut with truly impressive capabilities. The twin questions are whether customers will be weirded out by that level of personalization, and whether governments will allow it. The stakes are high.

My advice would be to continue to invest in channels with a proven ROI and watch the Kroger (and other) case studies with interest. There doesn’t really seem to be a “first mover advantage” here so no issue jumping in down the road if the model works.

Another interesting development in the world of CTV and first-party advertising. It seems others are emulating the MNTN model, and I suspect Kroger has a good chance of succeeding, much like Ryan Reynolds did with MNTN. What a fascinating time to be in Marketing.

The AdTech and MarTech spaces are the next frontier to drive a collaboration model between Kroger and their CPG partners and a personalized digital-first experience. While the lines may be blurring with first-party data privacy concerns, customers are more than willing to provide their purchase and search histories in exchange for personalized offers, promotions, and seamless shopping experiences.

Kroger’s continued dominance in the grocery innovation space is commendable, and it’s becoming a competitive advantage as they are meeting customers where they are, and they happen to be streaming content. By combining the arts and data science, more precise marketing campaigns will enable Kroger to reach customers wherever they are across the digital platform. Additionally, Kroger will be far more predictive and prescriptive with its assortment optimization, demand forecasting, and inventory planning.

Braintrust
"The potential of looming privacy legislation like that in Europe should make retailers think twice about this marriage."

"This has the potential to be so much better than what digital advertising has offered."

"Retailers are now media companies and in-house ad shops are now the rule vs. the exception."