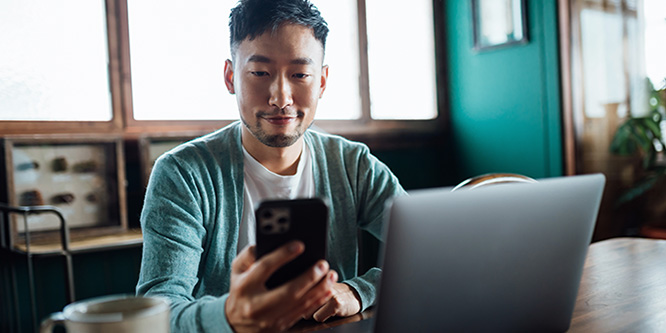 A recent study finds that men are more likely to shop for groceries online when compared to women, who would rather shop in-store.

The survey, “ConnectedEconomy Monthly Report: The Gender Divide Edition,” conducted by PYMNTS, found that, with the exception of online banking, which men and women do equally, men participate more and women less in online activities, generally speaking.

A survey last year from Jungle Scout similarly found that men were shopping more frequently online — on a daily or weekly basis — whereas women were shopping online only between one and four times a month. It also found that men were more likely to search for products on social media sites like Facebook, Instagram, YouTube and TikTok, despite the majority of users of these sites and the influencers on them being women.

In terms of a desire to shop in-store, behavior appears to have shifted since the first leg of the pandemic. A study by Video Mining on consumer behavior found that, in the pandemic’s first phase, men were making more in-store shopping trips than women. In April, 2020 in particular, men made up 60 percent of all in-store shopping trips. The ratio evened out as the year continued on, but men still shopped in-store more than women in October of 2020.

The Video Mining study pointed out a number of differences in in-store shopping behavior between male and females relevant to their findings. For instance, men tend to buy from product displays with two brands, whereas women buy more from displays with single brands.

Please practice The RetailWire Golden Rule when submitting your comments.
Braintrust
"I think there’s a bit more to this story. "

"Merchandising especially to males is perhaps a brilliant move."

"I don’t agree with the study’s findings. It certainly isn’t true in my home. It feels like this finding is similar to election polling..."

15 Comments on "Is online grocery shopping a guy thing?"

I don’t agree with the study’s findings. It certainly isn’t true in my home. It feels like this finding is similar to election polling, which has been off quite a bit in recent years. Are they calling land lines to collect this data? I would love to see the collection methodology, but maybe I’m just an outlier. As for the in-store shopping analysis, I’d love to see more detail, especially info on how long it takes men vs. women to make buying decisions when they’re in front of a shelf of options.

I also think men and women have different reasons for ordering groceries online — and for choosing to go to the store. This is generalizing, but many men might not care as much about making choices while in the store. Whatever the store delivers will be good enough. Of course, gender doesn’t matter when it comes to at-home chefs who want every ingredient to be perfect!

I hadn’t heard/read these studies before, but it doesn’t surprise me. I’m the ONLY male I know that actually enjoys shopping. I even like grocery shopping, no kidding. Plus, men have been noted as classic “target” (not the company) shoppers since research began. Paco Underhill even went so far as to call them “exotic pets” in one of his books when they’re shopping with women, which says it all. Perhaps if retailers focused on what men DO like about stores, in say, Home Depot, Dick’s or Duluth Trading, they might (operative term) be more successful in attracting them to physical retail. In the meantime, it looks like Amazon’s got 49 percent of all shoppers in the bag!

I remember walking through the mall as a teenager and seeing all the men on the chairs outside of a store. I don’t think men wanting fast, convenient shopping is a new finding, per se. Throw in the challenge of finding an obscure food item and online is much more efficient.

That said, I would be curious to understand the study more in-depth. As a working mom, online grocery shopping has saved me tremendously!

Good observation at the mall. I was one of those men.

Ha! Now with smartphones, I think I would be one of those men too.

I think there’s a bit more to this story. Empirical evidence from my house would suggest that men are more likely to shop online than women, and that’s with three generations of data. However that only applies to “chore” shopping. When it comes to “entertainment” shopping, which the hardware store seems to be in that genre, I’d say not so much.

If anyone in my home is likely to go to a store, it is my wife. Meanwhile I am one of those guys who sits outside the store while my wife goes in; the kind of guys Natalie used to observe. But even with that, the vast majority of our shopping is online.

However there are differences in what type of online shopping we do. My wife’s shopping is essentially for apparel. My shopping is for everything else. I might go online two or three times a day to order stuff: toothpaste, batteries, dish detergent, and other small necessities. If you measure the number of times we buy online, I order easily two to three times more than she does. If you look at the size of the purchases, she is the winner.

Are we the norm or an aberration?

These surveys that focus on buying behavior by gender tend to overlook (not control for) other variables, such as available discretionary time, among others. The study results capture headlines but offer little actionable insight for retailers.

Retailers have known for years that men and women shop differently – that’s not news. But trying to categorize shopping behavior based on gender is a waste of time. It’s far more complex than a couple of data points.

Merchandising especially to males is perhaps a brilliant move. However merchandising to women in one place and men in another in most categories will cause customer confusion. Can you imagine how many times associates would be asked by the two demographics: Where are the …?

The findings are what they are. Regardless of if it is men or women using the online service, it’s about taking care of customers. And it’s not like it’s twice as many men over woman. The findings report that 16 percent of partnered men are more likely to buy groceries online via same-day delivery than single men, and 18 percent are more likely to order groceries for home delivery. That’s significant, but not overwhelming. Every business must understand their customers and their buying habits.

The findings and limited insights this study provides don’t reflect the hybrid nature of the modern grocery customer journey, which spans digital and physical shopping channels. We should consider that there are endless paths to purchase within the grocery industry, and grocers have to adjust their operating models to provide the seamless, flexible, digital-first experience their customers want, regardless of if they shop in-store or online.

Online grocery is one of only a variety of customer journeys, and there are multiple customer personas that grocers must consider as they build their short- and long-term transformation strategies. Grocers have to take a more product- and customer-centric approach to meet the needs of the connected customer, regardless of their demographics. Insights, predictive analytics, AI, and other capabilities are required to meet the unique needs of all customer segments. There is no size fits all strategy for grocery shopping.

FAKE NEWS ALERT! More men than women hopped online … so? Unless there was a typo, the numbers aren’t dramatically different. With this late entrant, I guess the contest for “Least Important Story of 2022” will be going down to the wire.

Interesting! This actually makes a lot of sense to me. I don’t know of any men in my family who prefer to go to the grocery store vs. ordering online for pick-up or delivery. Now, Costco is a whole different story, especially since they’ve brought back samples! Does that count as a display? Ha!

I do agree and believe it’s quite possible that the pandemic has changed our behaviors here. For many, letting go of those time-savers and conveniences implemented by omni retailers would be difficult to do, now that we’ve had a taste.

Braintrust
"I think there’s a bit more to this story. "

"Merchandising especially to males is perhaps a brilliant move."

"I don’t agree with the study’s findings. It certainly isn’t true in my home. It feels like this finding is similar to election polling..."