Lidl follows Aldi to the U.S. 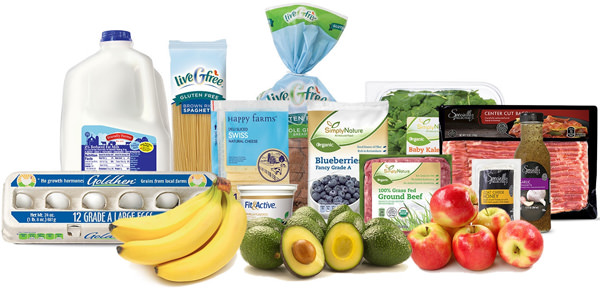 Lidl, the giant German limited-assortment grocer, officially revealed plans to expand into the U.S. the same week its arch rival Aldi announced plans to open its first stores in California.

Lidl will invest a total of $202 million to establish its U.S. corporate headquarters in Arlington, VA and a regional headquarters and distribution center in nearby Spotsylvania County. With the promise of creating 700 jobs, Lidl earned incentives from Virginia as part of the deal.

"Our philosophy is simple: we are focused on offering customers top quality products at the most competitive pricing in convenient locations," said Mr. Proctor in a statement. "We plan to build on the foundation that has made Lidl so successful in Europe, while creating a unique experience for American consumers that will be unlike anything else in the market."

Most reports, however, compare Lidl to Aldi with a similar focus on everyday low prices, a narrow range of items, self-serve departments, expansive private labels and some national brands.

"At Aldi, we firmly believe that amazing quality can be affordable, and we are excited to bring our small-format, convenient grocery shopping experience to Southern California," said Jason Hart, CEO, Aldi, in a statement.

In the U.K., Aldi and Lidl have been gaining significant market share against the "big four" — Tesco, Asda, Sainsbury’s and Morrisons — over the last three years. Moody’s predicted last week that Aldi and Lidl’s combined U.K share will reach 12 percent to 15 percent by 2020.

"These discounters are increasingly classless," Richard Hyman, an independent retail analyst, told This Is Money last week. "It’s now cool to shop in a savvy way — Aldi and Lidl are perfect outlets for that trend."

Do you see large expansion opportunities for both Aldi and Lidl in the U.S.? How should traditional grocers respond to the aggressive expansion by limited-assortment grocers? Do you have any insights into Lidl’s strengths and weaknesses versus Aldi?

Please practice The RetailWire Golden Rule when submitting your comments.
Braintrust
"The key is that these are both strong, focused retailers. They do not spin on trends or non-GMO freaks. They are about the basics and after the natural fads levels out and Millennials get smarter with money the basics will be the real space for wins."

"Lidl is a strong concept, but let’s hope they understand this: the US grocery market is dense, broad based and land-mined with pitfalls. From Whole Foods to Walmart to Kroger to HEB, I mean, it’s not going to be easy—get ready for an amazing battle."

Both groups have a tight focus on their assortments and word of mouth is one of the best tools that Aldi used in our west region (AZ, CA, etc). Our neighbors had never heard of them until last year and now they all go to Aldi, along with Kroger, Fry’s Marketplace, Costco and Walmart (Friday is Walmart or Costco night!). Weird neighbors …

Lidl has plenty of room to grow in the U.S. Dollar General and Family Dollar are strong in smaller cities. An area for Lidl to possibly focus on. The key is that these are both strong, focused retailers. They do not spin on trends or non-GMO freaks. They are about the basics and after the natural fads levels out and Millennials get smarter with money the basics will be the real space for wins.

This is a good example of one giant seeing the success of a rival and deciding to get in the game in a new market. At some point in the near future, one of these giants is going to start acquiring smaller-market chains to build their footprint.

Absolutely. One only has to look across the Atlantic to see the impact of these two collective German retailers on the markets that they have entered and their disruption of the traditional supermarket. Aldi was once referred to as the silent killer, entering markets quietly and taking increasing share. Neither can be considered quiet entries. This is a bigger invasion than Europe experienced during World War II.

Traditional grocers need to move out of the big middle and establish a point of differentiation that provides them with a unique differentiation from these extreme value food retailers. From my experience visiting Lidl in Europe (returned last evening), their stores have a better look and feel versus Aldi, although Aldi stores have been recently upgraded. Second, Lidl has more branded merchandise than Aldi, allowing them to be perceived as more Walmart-like in pricing and assortment in a smaller footprint.

The combination of this invasion and the continued penetration of online shopping should be a wake up call for U.S. food retailers of all ilks.

The two leading box store operators in the U.S., Aldi and Save-A-Lot, are doing quite well. Aldi’s expansion is being ramped up to 130 units annually from around 80, and their 10,000 to 15,000 square foot stores have been estimated at doing around $6 million a year, which is pretty good. Save-A-Lot is growing too, both in total and on a comparable store basis, and is a bright spot in the SUPERVALU line up. The box store segment, focusing on price, appears to have plenty of expansion opportunities for competent players, and Lidl is just that. This chain is Aldi’s arch competitor and it is big. It operates 10,000 units globally and generates $70 billion in sales. The difference between Lidl and Aldi (and with Save-A-Lot, for that matter) is that 90 percent of Aldi’s mix is private label, while Lidl is more brand-oriented, so there is a difference between the two. Since both do well against each other elsewhere on the planet, the winner in the U.S. is likely to be the shopper looking… Read more »
0
|
0
-   Share

I don’t frequent Aldi, but I did stop into the local store this weekend. I needed large quantities of dried spices, ketchup, etc., for a big batch of BBQ sauce, so I figured I would see if I could save a buck. I walked to the register with almost everything I was looking for and more — including a six piece set of shop files that I just couldn’t pass up at $6.99.

I actually stopped and checked my wallet to make sure I still had $100 in cash. I was worried I might not have enough and had forgotten Aldi takes debit cards. Not to worry, the bill was $27.19. I was expecting a minimum of $50. Amazing.

Aldi and Lidl will do battle on a location-based strategy. There is room for both in the U.S. just as there is room for CVS and Walgreen’s or Family Dollar and Dollar General.

I don’t think any Chicagoland shoppers will abandon Mariano’s for Aldi — but many will shift the occasional purchase there. I know we will.

Yes, there are numerous expansion opportunities for both retailers. However, establishing a profitable grocery business while remaining a cost leader isn’t always achievable using the limited assortment model that both of these grocers embrace. Slow progress might be the definitive word to achievable success.

Curiously, I think Mr. Hyman’s comment (“classless”) was actually meant to be taken as a positive. Anyway, back on point, yes, it’s a big country, I think there’s plenty of room for Lidl to—since David didn’t say it I guess I will—put less nimble operators out of business. My only concern is whether/not the similarity of the names (to Aldi) might cause confusion; Kress and Kresge once reached a gentlemen’s agreement not to share markets for that reason. I wonder if a similar arrangement will be arrived at here.

Lidl is a strong concept, but let’s hope they understand this: the US grocery market is dense, broad based and land-mined with pitfalls. From Whole Foods to Walmart to Kroger to HEB, I mean, it’s not going to be easy—get ready for an amazing battle.

And then there’s Rule #1 for Lidl (or any Euro concept that comes to the US): study what Tesco did with Fresh & Easy and DON’T DO THAT! If they just keep that one “law” in mind, they’ll be half way home.

Traditional grocers have tried and failed responding to Aldi. So give it up. It’s not the hill you want to risk your company on. Aldi does about $160K a week so they are more of an annoying pest rather than a major competitor. Sure you get a few Aldi stores north of $250K a week. And a few south of $90K. Aldi only expands with cash, not debt, so they grow very methodically. Sounds like Lidl is getting some free money to build so it will reduce their risk if it doesn’t work out. They would not be coming to America on their own dime. I’m guessing Aldi and Lidl will just end up being next to each other the way Dollar General and Family Dollar will often open near each other. Then we will probably have two limited assortment stores next to each other doing $110K each. Lidl will probably not want to risk taking bad locations just to get stores open the way Fresh & Easy did. They might as well take A locations… Read more »
0
|
0
-   Share

This will more likely place serious pressure on the big-box grocers that are struggling for bigger whole orders and smothered in slow-turn product.

Both Lidl and Aldi have survived and thrived in UK amidst Asda, Tesco and Sainsbury, etc. These stores certainly provide a good “value” proposition to customers. So they have solid credentials to make their presence felt in US markets. How ‘significant’ the presence will be is the important question.

How will they pose serious threat to “one stop shop” stores of Walmart and alike? Limited assortment and that too of mainly Private Labels may be an “experience” which a normal US consumer may take some time to adapt to.

Braintrust
"The key is that these are both strong, focused retailers. They do not spin on trends or non-GMO freaks. They are about the basics and after the natural fads levels out and Millennials get smarter with money the basics will be the real space for wins."

"Lidl is a strong concept, but let’s hope they understand this: the US grocery market is dense, broad based and land-mined with pitfalls. From Whole Foods to Walmart to Kroger to HEB, I mean, it’s not going to be easy—get ready for an amazing battle."