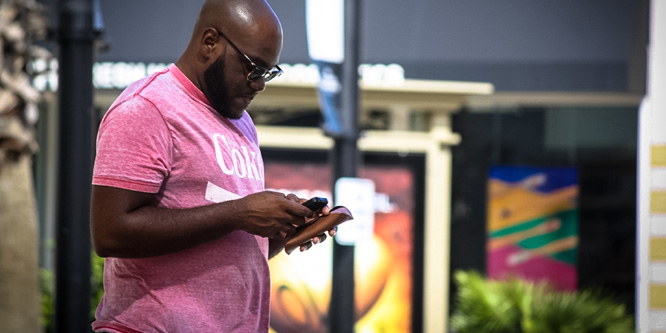 Through a special arrangement, presented here for discussion is a summary of a current article from the bi-monthly e-zine, CPGmatters.

Nestlé partnered with Tesco to help launch the dunnhumby media platform that promises to bring continual, consistent and contextual communications with shoppers within and outside the store.

Nestlé worked with dunnhumby media in the U.K. to promote the launch of a new on-pack promotion to Tesco customers across owned and paid channels, including in-store, mobile, online and out-of-home. The insights-driven media plan reached 5.8 million customers and drove an 11 percent increase in sales.

The dunnhumby media platform obtained information about Tesco shoppers’ behavior through their loyalty cards, then reached out to them about Nestlé products and promotions online, via smartphones and through integrated in-store electronic signage. The more that the shoppers acted within the program, the more rewards they received in the form of additional promotional offers.

Nestlé was able to deliver personalized messages that were the same across all touchpoints and further merge online and in-store experiences.

While the action here is occurring in Tesco’s U.K. home base, dunnhumby “is trying to usher in a world of new media and to legitimize retail as a medium,” Ken Harris, managing director of Cadent, a CPG consultancy, told CPGmatters. “The way to do that is via omni-channel, marshaling resources from multiple media and proving that they can build a plan that has real results.”

For Nestlé and Tesco, such results offer metrics and immediacy that could be invaluable. “They’re finally trying to connect the dots in ways other people haven’t been able to.” Mr. Harris said.

Nestlé “knows that two things will happen under this program: They’ll get a report that tells them whether the program worked and it’ll legitimize their spend in ways that others don’t,” he said.

Mr. Harris also noted that Nestlé and Tesco “won’t be bombarding shoppers who have absolutely no interest in whatever [promotions] they’re suggesting. That’s what they’ll claim as their secret sauce. It won’t be mass media falling on deaf ears, but rather custom-targeted, highly efficacious, results-oriented” communications.

DISCUSSION QUESTIONS: Do the digital tools exist to support personalized communications along the entire customer journey? Will retailers likely take a big step in monetizing their owned media in the years ahead?

Please practice The RetailWire Golden Rule when submitting your comments.
Braintrust
"It makes the promise of tying attribution analytics down to the store a reality."

"It doesn’t get much better than personalized relevancy end-to-end!"

"The power (and monetization) of data-driven content must be the aspiration and goal of every retailer and brand that wants to remain viable in the shopping landscape."

It doesn’t get much better than personalized relevancy end-to-end! Many are talking about personalizing messages and offers, but the dunnhumby platform changes the paradigm to personalizing communication across each customer’s journey. And the best part underlying all of this is the tracking and measurement of results. To top it off, as customer patterns and behaviors shift, the data becomes the roadmap on how to shift communications that engage. This is a major breakthrough in an era where the customer manages their own experience.

dunnhumby was the first company that made me aware of this type of targeting, then called Behavioral Merchandising in their book Scoring Points. It was published over a decade ago and was largely based on their work with Tesco. If anyone can successfully pull this off, it’s them.

I find this news delightful, as it’s just one more example of the power of this kind of multi-channel targeting and measurement, and it makes the promise of tying attribution analytics down to the store a reality. It also brings retailers and brands together to work in tandem for ROI. As we start to see more recession indicators hit, I feel strongly that the only marketing that will be funded will be that which is measured. What’s personal is meaningful…so hopefully the measurement outcomes, like those we see in this article, will sing.

There is a collection of digital tools available today that, when integrated correctly and supported by the appropriate workflows, can deliver a personalized communication experience along the entire customer journey. The biggest challenge is to create, curate and publish the appropriate content to those personalized experiences. This is a specific challenge I have been solving for a number of years. Understanding the shopper behavior and monetizing owned media was the foundation of the “Lowe’s as a Medium” initiative. The insights gained and proposed monetization for this initiative was innovative and invaluable. The power (and monetization) of data-driven content must be the aspiration and goal of every retailer and brand that wants to remain viable in the shopping landscape.

As much as we may resist the effort it requires, each store is different by virtue of its location. Understanding how and where it is different is a win for any CPG/retailer permutation.

That’s a good example of using personalization to improve customer journey, O2O conversion and offer customized value to specific clients without bombarding all shoppers with mostly irrelevant promo offers. The ultimate questions are in the details – conversion rates, which media works better and how much to pay per contact. Certainly CPGs need to look at partnering with retailers to leverage the retailers’ customers data to target consumers.

There have long been ample tools for the ability to personalize a shopping experience both online and in-store. Corporations are waiting for the ever evasive “Artificial Intelligence” stuff to show up and get to work for them. This will never happen. What can happen even now as we speak is for companies and Value Added Information Technology Re-sellers (VARs) to prepare the marketing software and communication needed to succeed. The companies would create and support lists of consumers with a clearly defined interests and buying habits. An added portion to this list is how the prospectus makes buying decisions as in a list of priorities and research facilities.

The company’s plan should start with a realistic budget that is derived from advertising dollars and measured for effectiveness in the same ways but applied from 20th to 21st century technologies. Like Coke and Pepsi, the goal must be public awareness and ease of participation.

Braintrust
"It makes the promise of tying attribution analytics down to the store a reality."

"It doesn’t get much better than personalized relevancy end-to-end!"

"The power (and monetization) of data-driven content must be the aspiration and goal of every retailer and brand that wants to remain viable in the shopping landscape."