Not everyone at Zappos loves Holocracy 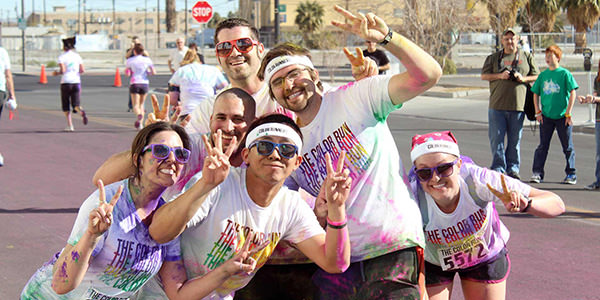 There is no shortage of people to be found, in retail or elsewhere, with criticism of management hierarchies in the workplace. But Zappos’ choice to get rid of all workplace hierarchy, including job titles, hasn’t pleased everyone at the shoe retailer. The company recently reported a high level of attrition since rolling out its “Holocratic” management model.

Quartz reported that Zappos recently announced 18 percent of its employees have accepted its buyout offer and left the company rather than adopt the new model. The offer, which Zappos began when it first announced the move to Holocracy, has been described as quite generous. A deadline just expired for a portion of the company that had been granted an exemption for adopting the leaderless model, so the turnover has increased from an already high rate over the past ten months.

The New York Times reported last year that questions and confusion have arisen over important organizational matters at Zappos, like how to pay people in fluid job roles with no job titles. A call center worker indicated that the method of self-management, while empowering, has led to time-consuming meetings that damage productivity.

Some industry watchers, such as Forbes.com contributor Ann Latham, see Holocracy as flawed. Ms. Latham said the system creates unnecessary decisions and inefficiencies, and is overly time-consuming and difficult to implement.

But some of the far-out ideas Zappos has gambled on have worked. The company is known for its high-quality customer service, going as far as to help shoppers find what they are looking for at other retailers, if necessary. Zappos has appeared on the Fortune.com 100 Best Companies to Work For list for the past seven years. However, in 2015, it appeared at 86, down from 38 the previous year. In 2011, the company was ranked sixth on the list.

“While we have lost a number of folks, it is important to note that we have a significant group of highly talented individuals who will be staying to help move Zappos forward,” Arun Rajan, chief operation officer at Zappos, wrote in January on the Zappos website.

Will Zappos eventually thrive under a Holocratic model? Are there ways that elements of Holocracy can be implemented within a traditional retail hierarchy that can benefit retailers and employees?

Please practice The RetailWire Golden Rule when submitting your comments.
Braintrust
"In a word ... NO! The "Holocratic" model might work fine for a superannuated hippie goat farm in Oregon, but it assumes that everyone brings the same relative work value to the table and that people won’t fall victim to their own egos or the egos of others. Er ... anyone ever been in a business meeting?"

"Frankly, I am surprised they only lost 18 percent. I would have guessed a much higher rate would be uncomfortable with the philosophy, but then, the Zappos vetting process for a hire is pretty deep."

"The Buck needs to stop somewhere, and that takes leadership and great management, so for me this liberal no title stuff isn’t going to work. A great management team must inspire and reward the right people for their accomplishments."

11 Comments on "Not everyone at Zappos loves Holocracy"

Oh, please. Sounds to me like well-intentioned pap from people who want to seem “enlightened” but don’t have the stomach to make the tough calls and truly lead. There are ways to make organizations successful without adding new layers of confusion and uncertainty.

It’s one thing to give your staff a voice and really listen to their concerns and suggestions; it’s a whole other thing to banish hierarchies. Managing by committee is rarely successful or efficient.

It’s important to have leadership in place to determine the vision and ensure it is communicated to all so that all levels of employees are focused on the same goals. It is equally important that there is someone who has the final say when all of the brainstorming is done. This just sounds like a recipe for chaos.

In a word … NO! Business is inherently anti-democratic. The problem with the model is that when everyone sees themselves as equal, all their opinions are equal. And when all opinions are equal they all have an equal right to be heard. And when they all have an equal right to be heard there is a very real danger nothing will get done — at least very efficiently. The “Holocratic” model might work fine for a superannuated hippie goat farm in Oregon, or even a modestly sized business, but it assumes that a.) everyone brings the same relative work value to the table; and b.) that people won’t fall victim to their own egos or the egos of others. Er … anyone ever been in a business meeting? Beyond that there is the mobility question, near and dear to the heart of so many employees. Hard to apply for that next job when your resume reads, “Worked at Zappos — no title, no job description, arbitrary compensation.” Now … should employees be affirmed more than they are?… Read more »
0
|
0
-   Share

I have wondered how the Holocratic model experiment was going at Zappos. Now we know. 18 percent is a lot of turnover for any company to absorb no matter how they try to paint it. In almost any work group and organization natural leaders will emerge to fill a vacuum or exploit a perceived weakness no matter what their job title says, because power abhors a vacuum. I believe in time — hopefully soon — Zappos’ upper management will realize that choosing and titling their own departmental leaders is a better and more effective course than corporate-wide “self-management.”

Zappos is special because of the uniqueness of its founder and his past experiences. This model will fit at Zappos because it is part of the culture. The customer-oriented culture can not be sustained with bureaucracy. In this culture there isn’t a lack of leadership, it just isn’t given by job title. Frankly, I am surprised they only lost 18 percent. I would have guessed a much higher rate would be uncomfortable with the philosophy, but then, the Zappos vetting process for a hire is pretty deep. It kind of reminds me of service in a brasserie in France and a restaurant in the U.S. In the U.S. everyone has a job: bus boy, water pourer, table setter, order taker, food deliverer and “that’s your table, not mine.” In France, everybody does everything. There is no, “sorry, its not my table,” everybody pitches in to serve the customer. I was talking to a restaurateur who has just opened his first restaurant in NYC. He operates 14 in Europe. The biggest problem he is experiencing is… Read more »
0
|
0
-   Share

The Buck needs to stop somewhere, and that takes leadership and great management, so for me this liberal no title stuff isn’t going to work. A great management team must inspire and reward the right people for their accomplishments, and the ones who love the no title stuff, IMO, probably are the types that try to blend in and not make a lot of noise.

I’m sure some will disagree, and yes, their are some management teams that are horrendous in the way they treat their people, but the great ones get the employees involved and expect results, not excuses. I don’t care what type of model Zappos runs but a highly motivated individual who can get things done and inspire others will not want to be a part of the Holocratic model, as standing out for their accomplishments would get little attention, thus less rewards.

This “Holocratic” model is very interesting. The issue is, hierarchy creates motivation and an alternative reward system. When you take this away in an established company, you will undoubtedly have disgruntled employees. If you start with this kind of model then you hire people that share the same vision and will work better.

As corporations grow, hierarchy is an efficient mechanism to maintain control. Without it, there is a lot more trust on individuals which get exponentially more difficult with an increasing number of employees.

There are companies with a hybrid model. I worked in one before and it seems to function really well. They maintain a Holocratic culture if you well but a hierarchy structure for responsibility. They also decoupled salary/compensation from titles and tied it to seniority. 99% of their new hires come into the company at the bottom tier and promote from within. Interesting model, worked amazing well. Almost cult like.

If the remaining employees embrace the new model and if it works as planned, Zappos could do very well. However, the details and implementation will make all the difference. Those parts of the process that encourage open communication, sharing of information across levels, and acceptance of ideas from any level could work in any retail environment. When the hierarchy begins to override the process of communication and doing business, then everyone suffers.

Bud Caddell has a great post on the Zappos experiment over on Medium today.

While it’s well known that Amazon is very hands off in their ownership of Zappos, it’s astounding that they are letting Hsieh put their entire investment at risk with what amounts to a social experiment.

18% turnover is a large number of people to have been trained, productive, and then lost. I don’t like being critical of Zappos because most of the ideas they’ve implemented have been successful. But even the best hitters in baseball strike out once in a while (or more). I was hesitant to buy in on this model when they announced it, and now am concerned because my guess is most of the 18% who left were experienced and senior managers or supervisors.

But let’s not fret over Zappos. They know of success and what it will take to get back on the right track.

I can’t predict if the Holocratic model will work for Zappos or not. However, for it to work, the existing employees have to adapt to it, and the new employees have to get it coming in. That’s first and foremost.

All that said, there are certain reasons that people like to work at a company. Beyond just enjoying the company they work for (hopefully), they also like the boss, the structure and that they are held accountable to their boss. A Holocratic culture takes some of that structure and hierarchy away. That’s more individualistic and entrepreneurial, which some people are uncomfortable with.

Braintrust
"In a word ... NO! The "Holocratic" model might work fine for a superannuated hippie goat farm in Oregon, but it assumes that everyone brings the same relative work value to the table and that people won’t fall victim to their own egos or the egos of others. Er ... anyone ever been in a business meeting?"

"Frankly, I am surprised they only lost 18 percent. I would have guessed a much higher rate would be uncomfortable with the philosophy, but then, the Zappos vetting process for a hire is pretty deep."

"The Buck needs to stop somewhere, and that takes leadership and great management, so for me this liberal no title stuff isn’t going to work. A great management team must inspire and reward the right people for their accomplishments."