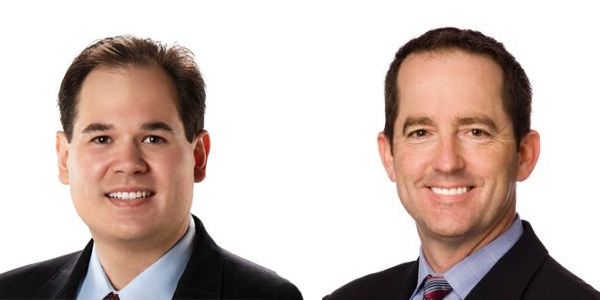 Now that Marvin Ellison has moved from CEO-designee to CEO of J.C. Penney, you would expect that he would begin to put together his own executive team. That appears to be what is happening following Monday’s announcement that Penney has hired two senior executives from Home Depot and Target, both former employers of Mr. Ellison, to help make his omnichannel vision for the retailer a reality.

Michael Amend, formerly vice president of online, mobile and omnichannel for The Home Depot, has been named as executive vice president of omnichannel for Penney. While at Home Depot, he was responsible for rolling out a number of initiatives such as buy online pick-up in-store that earned the chain "Internet Retailer of the Year" for 2014 by Internet Retailer. Mr. Amend replaces Mike Rodgers, who has left the company to pursue other interests.

"Mr. Amend and Mr. Robbins are two exceptional industry veterans who have a successful track record of creating enterprise inventory networks that enable brick-and-mortar and e-commerce to merge into one seamless shopping experience," said Mr. Ellison in a statement. "Their backgrounds perfectly align with our long-term growth plan to become a world-class omnichannel retailer."

Mr. Ellison formally became CEO of Penney on Aug. 1, replacing Myron "Mike" Ullman who has remained with the retailer as executive chairman. He worked for 12 years at Home Depot before joining Penney as president and CEO-designee last November. Before joining Home Depot, Mr. Ellison served in a variety of roles at Target for 15 years.

How important is omnichannel to J.C. Penney’s continuing turnaround efforts? In what areas do you think Penney has the greatest potential to align its digital and physical assets?

Please practice The RetailWire Golden Rule when submitting your comments.
Braintrust
"Mike Ullman and now Marvin Ellison have acknowledged that J.C. Penney is behind its key competitors on the omnichannel front. It’s one of the biggest lost opportunities from the Ron Johnson era at JCP, and Ullman’s last two years were rightfully focused on survival tactics and turnaround strategies in the brick-and-mortar stores."

Mike Ullman and now Marvin Ellison have acknowledged that J.C. Penney is behind its key competitors (like Kohl’s and especially Macy’s) on the omnichannel front. It’s one of the biggest lost opportunities from the Ron Johnson era at JCP, and Ullman’s last two years were rightfully focused on survival tactics and turnaround strategies in the brick-and-mortar stores. The new hires send an obvious message that it’s time to catch up.

Meanwhile, it’s crucial that J.C. Penney gets this right. The company already has too many stores operating well below the productivity of its competitors on a sales-per-square foot basis, so omnichannel initiatives like BOPIS can only help drive store productivity and traffic. JCP also has a heritage as a “fulfillment” company, not just an operator of stores, so it’s a natural opportunity.

Omnichannel should be on the priority list for every major retailer. J.C. Penney has lagged its competition in this area and now strives to catch up. By making online, in-store and BOPIS a priority, J.C. Penney hopes to better compete.

These might be good hires. But I am not sure it is enough of a life raft to save what continues to be a losing race. Far behind does not describe their position, or what is going to be necessary to even see the competition in the headlights.

First of all, I wish we could ban the word “omnichannel” — it is one of those words that gets you thinking about exactly all the wrong things.

Now if the question is how important is it for JCP to connect with its customers via any media (including physical stores) they choose, the answer is that it’s mission critical to both survival and any potential turnaround.

In a perfect commercial world the line separating “physical” and “digital” assets simply wouldn’t exist. The customer’s shopping experience should be seamless and transparent, regardless of how, when and through what they chose to engage with the retailer.

That said, the answer to the second question is that JCP has the potential to be the first retailer to create channel-agnostic shopping and — if they pull that off — the impact will be felt in every area of their business.

Omnichannel is not just important to EVERY retailer, it is critical. Every time a shopper goes online it reduces the value of a retailer’s physical assets and increases the value of their digital assets.

These guys are in a position somewhat like taking off at the starting line at the Indy 500 when the leaders are on lap 199. Not only are they impossibly behind, they have a huge distance to go to even catch the back of the pack.

Any department store has the greatest advantage to begin with in first simply tackling “ship to store.”

What’s the first thing a clerk/salesperson says when they don’t have your size or your item is out of stock at a department store? Answer: “Let me check another store for you and I can have it sent here.” Automate this with integration to the supply chain and you have the first win. If it can be done with a phone call, it certainly can be done easily with technology.

J.C. Penney is not much like anything Mr. Ellison has ever worked at before. The turnaround time for fashion is much more rapid than he is used to seeing. One could argue that there is significant change in the big boxes he is from, but that risk is more often buffered by the vendors. This will not be the case here, so his choice to enhance the omnichannel capabilities of J.C. Penney may depend a little to much on their adaptability and fast learning capabilities. I suspect the jury is out for 12 to 18 months on decisions being made today, maybe even sooner, but we will certainly know by then if they are treading water in this awful market.

J.C. Penney has been lagging in multiple areas for a while, omnichannel being one of them. However, Penney needs to have a vision on what kind of retailer it needs to be to what demographic, what merchandise it carries (good merchandise can cover for channel inadequacies) and the omnichannel infrastructure it takes to deliver. Ultimately, J.C. Penney has work to do across the board, not just in channels.

Braintrust
"Mike Ullman and now Marvin Ellison have acknowledged that J.C. Penney is behind its key competitors on the omnichannel front. It’s one of the biggest lost opportunities from the Ron Johnson era at JCP, and Ullman’s last two years were rightfully focused on survival tactics and turnaround strategies in the brick-and-mortar stores."