The Southern supermarket chain had reportedly been quietly accepting coupons for years but the policy was never officially stated. Decisions on which competitors’ coupons to accept were also apparently left up to each individual store manager or, sometimes, cashiers.

Publix’s formal coupon policy is now posted in stores and online at Publix.com. The list of "nearby competitors" will be listed at each store. The list reportedly excludes Walmart and Target, but does include Whole Foods. Only coupons for prescriptions are accepted from nearby pharmacies.

Publix spokesperson Shannon Patten told Naples News that inconsistencies with original policies included rules affecting acceptance limits on manufacturer’s and competitor’s coupons, as well as special offers and other discounts that could be utilized in combination.

Reports noted that the move was also designed as a protection against fake and illegitimate coupon redemptions. The Learning Channels’  hit show, "Extreme Couponing," has revealed the world of coupon bloggers and has perhaps accelerated aggressive couponing by consumers.

Melissa Williams, the coupon blogger at womantowomanmagazine.com, told The Gainesville Sun that Publix’s coupon policy in the Florida region is more lenient than most stores. Only Walmart and Sweetbay of Tampa, FL accept competitors’ coupons in Florida according to her research.

Ms. Williams also said a uniform policy will be helpful, "especially to new couponers because when you go from one store to the next and they all do something a little different, it’s confusing."

The short answer is yes. Retailers should accept competitors’ coupons, that’s a no-brainer. But what troubles me about this approach is that it’s a “no-brainer.” It’s a lazy way to do business.

Accepting other retailers’ coupons is the simplest way to eliminate a perception of ‘lower price’ as a weapon for the competition and focus attention on the more important aspects of attracting and retaining customers. It also conveys a message to your customer that you are willing to do anything to give them the best value. Most successful retailers have been doing this for years.

Accepting competitors’ coupons is the same as ad matching. Walmart and Target ad match, so it’s just a part of being in business. Stores that don’t do this are at a disadvantage. All retailers should be considered supermarkets’ competitors for coupon redemption. Who ever has the most liberal coupon policy in the market will dictate what restrictions there should be. In my opinion store coupons are silly. Just simply put the item on sale. What’s the point of a coupon?

This new policy has been viewed as a positive here in South Florida, as most people like having the exact rules spelled out. If I were Publix, I would not accept coupons from Walmart, Target, or the dollar stores. The supermarket shopping experience is a different one than shopping at a discounter, and in the case of Publix, it is a much more pleasant one. So, they have to charge a bit more than the discounters, and I see no reason for them to get down in the trenches with the big discounters on price. Many loyal shoppers enjoy their clean, well laid-out stores, and the terrific service that they get there. Those who don’t are not the most profitable customers and they are value shoppers, extreme coupon clippers, cherry pickers, or some combination which makes for a low margin shopper, who is or should not be Publix’s target. For other supermarkets, they would be better off stepping up their game on service and in-store experience, rather than accepting others’ coupons.
0
|
0
-   Share

I must be getting old, as it boggles my mind as to what lengths stores will go to in order to maintain their sales base. Double, triple and quadruple couponing still exists, and price matching by Walmart has for years. There have been stores accepting other peoples coupons for years with restrictions, and Publix now is in the game. What to make of this as a panelist, and a store owner? I do not believe in the long run that these policies will enhance your bottom line, because customers today are not loyal to any one store, except for the giveaway items we have. It has to inflate your everyday pricing structure, in order to make up for coupon policy in these stores. Times are incredibly difficult for all of us, and the herd will be thinned out over time, because as a nation we are over-stored which plays into these policies in larger cities. I know the free market wins, but who will lose is my question, as all of us are fighting for… Read more »
0
|
0
-   Share

If your policy is price matching, then it follows that your policy should be accepting competitors’ coupons. Plain and simple, coupons are price features delivered in a slightly different way.

Walmart apparently will match competitor (including Publix) advertised specials so this is nothing really new or even as expansive. Probably a lot less financial impact than double coupons. Only Publix can decided if their bottom line is enhanced by this policy, but kudos for having a transparent and consistent policy on their practice.

Back in the day, I always honored competitors’ coupons on anything when I was running a Walmart. I do the same thing in the home improvement business as well. The difficulty comes into play with more of a commodities type of product like produce and meat, in which case your margin may go south and beyond. In these cases, like item to like item is something the consumer does not understand so you chalk it up to building good will. Overall, I believe it to be a great vehicle for building the business if you do not get tangled in a bunch of rules and restrictions.

Some shoppers definitely like the convenience of one-stop shopping and Winn-Dixie encourages this by accepting competitors coupons. Way to go, W-D. 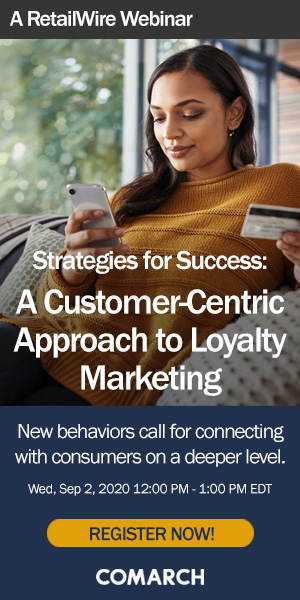