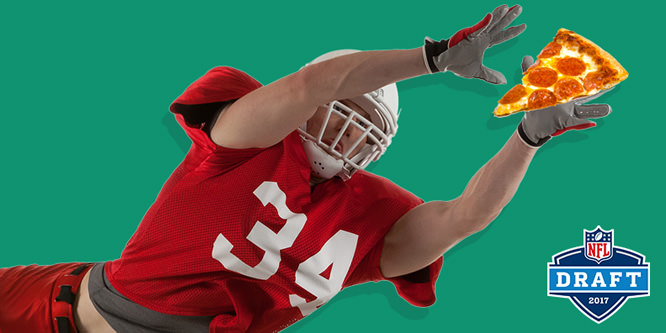 While some retailers get criticized for blaming the weather for poor results, Papa John’s is being called out for blaming the national anthem protests at NFL games this season for disappointing sales.

The player protest began in August 2016 when former San Francisco 49ers quarterback Colin Kaepernick knelt at a game during the anthem to protest racial injustice. Things escalated in September when President Donald Trump called on team owners to fire any player who kneels. Liberal-leaning consumers have threatened to boycott Papa John’s for blaming its performance on the protests, and some are directly linking the hubbub to NFL’s sharp drop in TV viewership.

“This should have been nipped in the bud a year and a half ago,” chairman and CEO John Schnatter said last week on a conference call with analysts. Severe weather also affected sales.

But Papa John’s spends disproportionately more on NFL advertising as the official sponsor since 2010 including running in-game commercials and local tie-ins.

The decline in NFL ratings this season, which followed a sharp decline last year, has also been blamed on concerns over concussions, the addition of Thursday night games diluting the impact of the traditional Sunday and Monday schedule, the loss of popular stars such as Peyton Manning to retirement and current ones to injuries, and poor play. The fact that highlights can now be followed on social media may be cutting into viewership.

DISCUSSION QUESTIONS: Is its NFL sponsorship becoming a liability for Papa John’s? What should the pizza chain do next?

Please practice The RetailWire Golden Rule when submitting your comments.
Braintrust
"For Papa John’s there are but two courses of action, ride it out or move on to another sport."

15 Comments on "Should Papa John’s drop its NFL sponsorship?"

Papa John’s needs to do whatever it feels is right. Any advertiser is going to look at results based on advertising dollars spent. If Papa John’s does not see the return they used to, they are well within their right to pull back their advertising. It’s no different than if there were advertising on any other program that started to have lower ratings. It’s just smart business.

Exactly Art. If Papa John’s markets this right they can turn it into a “Chik-fil-A” moment and connect with customers who take their position. It’s a gamble and Papa John’s needs to get the word out to the consumers who agree with them.

Now that the alt-right has Papa John’s to be its pizza of choice, I’m free to move my business elsewhere. Let’s hope the NFL understands that its viewers don’t all speak with one voice.

All NFL sponsors should be evaluating the efficacy of that spend. With many real issues, fragmented leadership and a growing use of streaming and short burst watching (i.e. Red Zone on cable) live ads need to be looked at. The NFL will be making good on contracts that require certain amounts of viewership and when that next renegotiation rolls around they will be in a much weaker position to command the dollars that have made the sport rich. Unless the commissioner, owners and players get on the same page the troubles will continue.

There are just too many reasons for the lack of sales for Papa John’s. There are more pizza delivery stores than banks or gas stations in many towns that have great pizza. The boycotting of the NFL is truly having its effect on their advertisers and will continue I think until the owners take a stronger view. While I agree with their issues completely I do not agree with their methods. As a veteran of the Vietnam War who risked coming home under the flag I will always stand up for the anthem. For Papa John’s there are but two courses of action, ride it out or move on to another sport. If they want to send a message to their customers they should move on to the NBA or NHL as examples.

Papa John’s can (and should) do whatever they want. I too can choose to not support Papa John’s. They’ve told (exposed) their brand values and story.

Unfortunately, politics today has become so tribal that any company entering into political discourse – of whatever persuasion — runs the risk of alienating one group of consumers or another. Given this, it would have been sensible for Papa John’s not to comment on the NFL situation.

However, that we have gotten to this position is unfortunate. This is supposed to be the land of the free. That means people are free not to stand during the national anthem, and that others are free to criticize this action. What is supposed to bridge the gap between the two sides is respect and understanding. And that’s what we have lost.

Clearly Papa John’s does not agree with the peaceful protests taking place during NFL games. If they can’t handle that, then they should definitely cut ties with the NFL. If they’re looking towards e-commerce solutions as well, then they should look to online streaming services rather than TV commercials. Peyton Manning, their main brand rep, has retired from football and so should Papa John’s.

The irony of a CEO blaming his poor sales on the “poor leadership” of another organization is astounding. The alt-right can have you, Papa John’s.

Choosing who and where to advertise always carries some risk. It’s time for Papa John’s to assess risk not lay blame. Then move on! For my 2 cents.

Papa John’s leadership is consistent with the national leadership it supports: blame others. Unlike other retailers who blame the weather, a relatively safe but equally revealing decision, blaming a sponsorship and TV ratings declines illustrates a fundamental lack of responsibility and accountability. Pizza Hut’s recent comps — and Pizza Hut was an advertiser Sunday during the NFL games I watched — show what strong leadership and management do.

“Papa John” needs to reassess his product, his customer experience and his ability to leverage a large and existing customer base, among other things.

I agree with DiGiorno’s quote. It’s a combination of declining viewership, Papa John’s product and what their brand stands for.

Do next? Shutting up would be a good start. Whatever problems may have existed with the sponsorship (and who here has enough data to properly evaluate all the theories?) got a magnitude worse when “Papa” decided to turn it into a reality show.

Everyone has the right to voice their opinion (with some limitations). However, when you are a CEO you have to keep in mind that whatever regarding what is occurring in the world you say will likely offend someone and have an impact on your business. This simple lesson in one that many CEOs have yet to learn. As several have responded, they will seek alternatives to Papa John’s and others will support what Mr. Schnatter said.

Braintrust
"For Papa John’s there are but two courses of action, ride it out or move on to another sport."