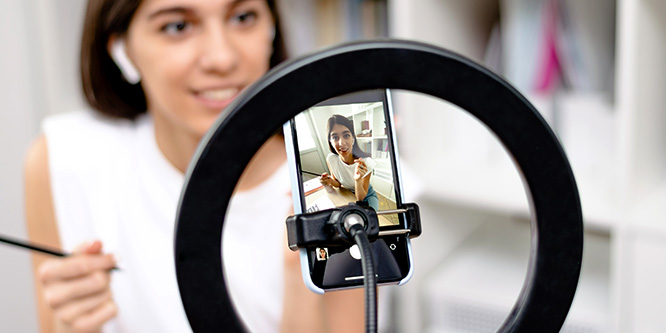 Fifty-nine percent of online shoppers say that user-generated content (UGC), such as images and videos from other consumers, is the most authentic type of content, according to a recent survey. By comparison, only 10 percent indicated the same about influencer content and 19 percent about brand-created content.

The survey of 2,042 consumers across the U.S., UK and Australia from content marketing start-up Stackla further showed 58 percent of respondents would grant a brand permission to use an image/video they had posted of clothing or accessories to use in its marketing, with nearly half of Gen Z (47 percent) saying they would be more likely to continue engaging with a brand if it shares their photo/video.

As an example, the hashtag of Trek Bicycle’s GoByBike campaign encouraging individuals to share a post of their ride had been used 112,000 times and the bike manufacturer gained the rights to thousands of pieces of UGC. Haley Ludwick, Trek’s communications manager, said in Stackla’s statement, “People are far more likely to implement a behavior if they see other people participating — whether it’s for a social cause or a buying decision.”

The negative findings around influencers’ effectiveness contrasts with eMarketer’s July prediction that influencer marketing spending will grow more than 30 percent this year to exceed $3 billion and then surpass $4 billion in 2022. According to eMarketer, the pandemic initially interrupted influencer spending but then accelerated with many creator-driven social trends including short video and social commerce.

Adweek’s Social Media Week LA event held in July found brands increasingly using influencers with fewer followers because they come across as more authentic. Ivonne Aldaz, a marketing specialist at TINT, said, “With micro and nano-influencers, it’s all about engagement. People are sick of not having really quality connections with the people they’re talking to.”

When asked which type of influencer shares the most authentic/genuine content, a recent global survey of over 9,000 consumers from Bazaarvoice found “everyday social media users” (38 percent) and subject matter experts (39 percent) ranking neck-and-neck, while celebrities (14 percent) and social media stars (9 percent) lagged much further behind.

DISCUSSION QUESTIONS: What are the upsides and limits of free UGC versus paid UGC? Is payment to incentivize content sharing necessary in most cases?

13 Comments on "Should retailers and brands pay for user-generated content?"

The problem with paying for this content is that it is then biased by the payment rather than completely based on the feelings and genuine experience of the content creator. Sending products to consumers for review and allowing them to keep the item is one thing but paying is something well beyond that – depending of course on the value of the item!

As has been discussed here on RetailWire recently, the role of the mega-influencer is shrinking as more and more consumers seek authentic content and engagement. I would definitely hesitate before paying for UGC, as by definition payment diminishes authenticity. Creative campaigns that reward everyday people who share content with visibility, engagement and community with other people with similar interests will continue to be the most effective, in my opinion.

I’ve heard tech/human activists advocating for this for a long time. It does make sense to actually create an economy around all the content now provided for free versus all of it siphoning off to a very few, very rich people. The question is, how? The idea of actually creating laws that benefit the many instead of the few is a daunting task! Especially now. And besides, the geniuses in Silicon Valley will figure out a way around it all eventually anyway. I’d say stop providing content for others, start your own business (or get into re-sale) — there is a much better chance for success on that road.

The biggest difference is creator vs influencer. This is a critical distinction. A loose definition is that creators are compensated after the fact and influencers are paid before. This leads the consumer to trust the creator more than an influencer.

Social media is an exercise in balancing authentic feedback and reviews, which can hold risk, with influencer postings that earn more eyeballs but at a price. Balancing these two channels is where the power of social media really sits. I may see a Zara jacket I really like on an influencer video. This triggers me to read the more authentic user reviews and determine that a lot of people who bought the jacket love the quality, prompting me to buy something from Zara I would never have found on my own (since I rarely shop Zara). We may not trust the authenticity of influencers but, like other forms of entertainment, we still watch. No one starts a shopper journey by scanning review sites, it starts with a spark of inspiration or desire, often triggered by something we’ve been exposed to through an influencer.

Well said DeAnn. My Millennial daughters are focusing their viewing more on influencers with smaller, more niche followings as they deem them more authentic but still follow the big influencers for sentiment.

The key is separating content from audience. Large influencers not only provide more professional looking content, but also provide reach to an engaged audience, which is valuable. The value of micro-influencers is more in the content itself where it can be amplified on brand-owned sites and channels, for which there should be an explicit agreement to provide for free or paid either through an engagement or through the upload process.

I completely agree with Dave Bruno that payment diminishes authenticity. Shoppers want to see content from ordinary citizens: how they are engaging with and using products, looking for creative ideas that could apply to their situation, and seeking intel about potential red flags. The more authentic, real, in-the-moment content from an individual who doesn’t make $20 million per year, who isn’t an athlete, and who isn’t a TV celebrity goes a long way in generating trust, endearment and viral velocity.

Conversely, users with terrific content and a large following may feel entitled to payment. Their creations extend brand reach among their networks, decreasing brands’ user acquisition costs. Now Facebook is paying content creators $1 billion as commissions for content that leads to purchases.

I have no problem with paid UGC. It’s no different than a celebrity endorsing a product on television. However the brand must be careful to use influencers who have integrity. It’s that simple. And then there is the UGC from the typical customer that is given an incentive to leave a comment. I’m okay with that as well. Some argue that compensation and incentives creates a bias. I don’t think it makes much of a difference. Over time, the ratings and comments from consumers will tell the true story.

In the same way it is often hard to separate “entertainment” from “news” it is difficult to draw a clear line between authentic content (free UGC) and brand propaganda (paid UGC). I think we will continue to see a decline in the overall effectiveness of influencers, but I think there is a much larger prior question that we should be asking. What happens when consumers — individual people — begin understanding the commercial value of all their data and information and start selling it, directly or through a broker? If consumers begin to see their posts as a potential revenue stream it will be a whole new ballgame.

Paying for content inherently makes it less authentic, which is what consumers respond best to. That’s one big reason that slick big-time influencers are less attractive and effective.

I agree with Dave Bruno and really think twice before paying for user-generated content. Consumers are picking brands not only on the visual appeal of the Instagram posts, but also on their authenticity. Brands and retailers may want to find another way to recognize them such as a super fan day or other engagement activities that they may value. This way keeps it real and not tied to a payment scheme.