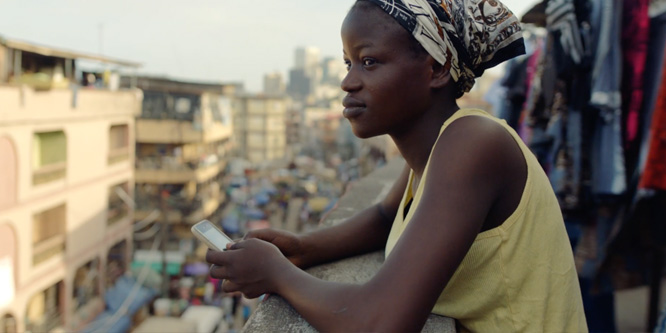 Facebook on Tuesday confirmed that it would lead an effort to create a new global digital currency, called Libra, powered by blockchain technology.

Expected to make its public launch in 2020, Libra will function as a “stablecoin,” meaning it will have a stable price backed by a number of different global currencies like the dollar or euro in order to limit the volatility typically associated with cryptocurrencies like Bitcoin.

The digital token is being billed as a way to help the 1.7 billion individuals, largely in developing countries, who have limited access to traditional banks. Many observers believe, however, that the bigger goal is the creation of a digital currency that becomes the go-to payment option for both online and offline, in addition to a way to send money to family members and friends.

A new Facebook-owned subsidiary, Calibra, will release a wallet for Libra tokens and ultimately other banking and finance products. The wallet will be integrated into Facebook Messenger and WhatsApp, but Calibra would not be allowed to share any of its financial customer data across Facebook’s platforms.

Facebook further created Libra Association, an independently managed, non-profit membership organization that consists of 28 companies, including Uber, Spotify, Mastercard, Vodafone, Visa and PayPal. Each partner is expected to invest at least $10 million in the entity.

Several tech bloggers said the technical explanations around Libra are dense, and many unknowns remain over its security. Critics already have concerns over Facebook potentially becoming a financial powerhouse given its social media clout and alleged privacy abuses.

Some have also speculated that Amazon is looking into building its own cryptocurrency.

In a column on Forbes.com, Nikki Baird, VP of retail innovation at Aptos and a RetailWire BrainTrust panelist, wrote that retailers need to pay attention to cryptocurrency developments because they have to be ready to take payment from consumers in whatever manner they want to pay. “If Facebook’s coin signals the launch of currencies across large platforms where retailers engage with consumers, the need to support cryptocurrency payments may get real for retail very fast,” wrote Ms. Baird.

Please practice The RetailWire Golden Rule when submitting your comments.
Braintrust
"Ultimately this will come down to two factors: regulation and consumer demand. "

"The race to eliminate cash from our hands is a race for control by the top tech “Lords.”"

"This is bad news for banks and they will fight this every step of the way, until they wake up and join the team."

While some small retailers are accepting cryptocurrency now, this is far from mainstream and I suspect it will be for some time to come. But it will come eventually. Cryptocurrency is an inevitability. While companies like Facebook and Google bring a certain amount of legitimacy to the cryptocurrency domain, these companies have their own issues. There are concerns about the amount of control they have and their business practices in general. Furthermore, the powerful financial industry – which has the ability to influence legislation – are not going to sit by and watch their industry be disrupted without taking some action.

Ultimately this will come down to two factors: regulation and consumer demand. On the regulatory front, I suspect that companies like Facebook will face a crackdown — especially from the EU — if they try to make moves into currency. This may limit their ambitions. On the consumer demand side, cryptocurrencies will only grow if consumers accept them, trust them, and want to use them. If the supply and demand for new currencies aligns, then it’s inevitable that retailers will need to look at way of accepting them.

Starbucks, Nordstrom, Whole Foods, Lowe’s and some others already accept crypto through Flexa/Spedn (not a typo). I expect Facebook to have a much easier time accelerating penetration, but that’s not to say that mainstream acceptance will come quickly. Even if the experience is simple and intuitive, it will take time for trust to build.

There are multiple issues here. First, will people who already don’t trust Facebook with pictures of their lunch suddenly trust them with their money? Second, since we have seen how easy it is for state agents and non-state agents to manipulate Facebook, how could anyone have faith that Facebook can protect itself from from a digital bank robbery? Third, as Neil points out EU regulators are likely to — at the very least — debate this to death and — and the very most — blow up the plan before it has a chance to prove itself. Finally, there is the question of the future of cryptocurrencies in general. Does the introduction of a “stable” cryptocurrency make the market more or less attractive? If I were a retailer I would look (twice) before I leapt.

While cryptocurrencies are definitely a big part of our future, mainstream consumer trust in (and understanding of) cryptocurrency is still a long way away. Bitcoin’s very high-profile challenges have made those beginning to leaning toward embracing cryptocurrency even more wary, and Facebook (and their consistent track record of breaking trust) will certainly do nothing to make people more confident. Retailers do not need to rush into cryptocurrency. There are plenty of other far more urgent challenges to tackle first.

There’s just so much we (us normal people) don’t know about cryptocurrency, it’s very hard to make a call on whether or not we’d use it right now. Happy to be a fast second to this party! Facebook’s rep sure doesn’t help, but perhaps this will course correct for them. Long way to go IMO.

Clever name though, for sure.

Cryptocurrencies are the future and retailers better prepare for them. The Facebook initiative, as explained, will be much safer (and I can even understand how it works) than the others to date.

I don’t know if Libra will carry the day. It may face too much regulatory scrutiny. That is unfortunate, because the cryptos are evading regulation. The regulators should see the future and work to allow a safe and liquid alternative. This is bad news for banks and they will fight this every step of the way, until they wake up and join the team.

Common sense, hopefully, will prevail. Facebook’s decade-old plus deep dive into each of our personal lives, secretively selling our data in ways we are not even aware of yet, now wants to cross the last hurdle of human control. Your money.

The guise of assisting 1.7 billion people in developing countries is a PR handle. The race to eliminate cash from our hands is a race for control by the top tech “Lords.” Many people are driven by the media machine and now expect instant everything in their lives. Piece by piece, in plain sight, technologies controlled by a few tech companies are becoming so ingrained in our personal lives that we may lose ourselves as individuals under their control. Not to be a downer, but I really think we all need to pause and think beyond the half-hour delivery, instant everything model being dangled in front of us.

Cynthia – you took the words right out of my mouth! The first thing I thought of when I read about the mission to help billions of people in developing countries was “PR hook!”

I believe that crypto-currency will play a role in the future of commerce, but I’m not sure I trust Facebook to lead that charge. I’m already wary of my privacy being exploited every time I post a picture of my kids for my family to see — I’m not sure I want Facebook in my wallet!

The main requirements of a currency are liquidity, stability and legitimacy (the latter being why Monopoly Dollars usually aren’t traded, despite perhaps meeting the first two criteria) As we learned (or re-learned) with Bitcoin, crypto-currencies fail to meet any of these three … at least they haven’t so far.

Once upon a time, monopolistic companies in the backwoods paid their employees with scrip (or sometimes credit at the company store). People may be forgiven for thinking this idea will end up being not much different.

From a developing market (read India) perspective, acceptance of crytpocurrency is a question of when rather than if. The latest statement from the new government is a proposal to “tax” monthly cash withdrawals beyond a certain amount (this is a bid to move away from a paper to a digital economy). I see customers preferring to shop where crytpocurrencies are accepted and I see this becoming a competitive advantage to the retailers

Braintrust
"Ultimately this will come down to two factors: regulation and consumer demand. "

"The race to eliminate cash from our hands is a race for control by the top tech “Lords.”"

"This is bad news for banks and they will fight this every step of the way, until they wake up and join the team."