Should the CMO role be retired, reinvented or reemphasized? 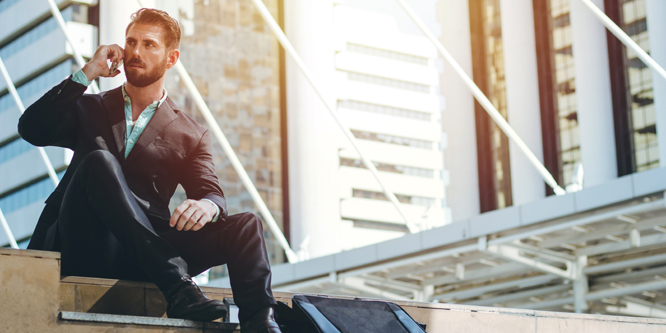 Two years after eliminating the role of chief marketing officer in favor of a chief growth officer, Coca-Cola is bringing back the CMO.

The title was retired when Francisco Crespo was appointed Coke’s first chief growth officer with responsibilities that included corporate strategy and customer and commercial operations in addition to marketing.

At the time, James Quincey, CEO, explained, “There’s a much greater intersection and integration of how to engage with consumers and shoppers. And therefore, bringing together in one group the classical marketing pieces with a customer piece with a commercial piece and with the strategy, underpinned with the digital engagement, is what’s going to allow us to more seamlessly operate in this new environment.”

Fast forward to 2019, Coke has revived its growth with an expansion of water and coffee offerings. With Mr. Crespo retiring in 2020, Manolo Arroyo will become CMO, in addition to continuing to head the Asia Pacific region.

Mr. Arroyo will oversee teams for Creative, Category, Marketing Operations, Design and Knowledge & Insights. Unlike Mr. Crespo, however, he will not oversee corporate strategy and customer and commercial operations, which Coke’s CFO and COO will oversee, respectively.

Traditional marketing departments have struggled to deal with digital’s impact and with analyzing the customer journey in their often siloed teams. With marketing responsibilities these days increasingly overlapping innovation, analytics and strategy, Uber, Johnson & Johnson, Kellogg’s, Walmart and other firms have performed similar restructuring.

In some cases, the CMO role has been split. J. C. Penney’s CMO was replaced by its first chief customer officer and chief digital officer. McDonald’s replaced its CMO with an SVP of global marketing and an SVP of marketing technology, but left no C-level marketing position.

Coke’s move, however, signaled to some that corporate America would revert back to focusing on brand-building.

DISCUSSION QUESTIONS: What likely prompted Coca-Cola to bring back the chief marketing officer role? Is the traditional CMO role antiquated or does its responsibilities just need to be updated?

Please practice The RetailWire Golden Rule when submitting your comments.
Braintrust
"Turns out old-fashioned marketing is not so old-fashioned -- if it embraces the array of new tools that keep emerging. Long live the CMO!"

"I think it’s safe to say that while the C role titles are being debated, those companies involved in strategic consulting can look forward to long and lucrative careers."

"You’ll remember the flirtation with eliminating the CIO role a few years back. The bottom line is that, if it’s everyone’s job, it’s no one’s job..."

16 Comments on "Should the CMO role be retired, reinvented or reemphasized?"

One fact is that the industry has created too many C-level titles. Another fact is that it doesn’t matter what nebulous C-level title a company invents and assigns to someone until one clearly defines the title. Another fact is that, except possibly for the salary involved, it doesn’t really matter if a business has two C-level executives where another may have just one, as long as the company culture is such that the two know to collaborate with one another very tightly.

Retailers are adapting to the shift away from right-brained “creative” and toward left-brained data mining. In some cases, that has brand marketers (and retailers) eliminating CMO roles altogether until proper parameters and expectations are set. Data and marketing are inextricably linked these days so digital and data aptitude are table stakes. At the same time, retailers have realized that they must lean on outside partnerships in order to fill gaps in capabilities and speed up innovation. Therefore the ability to coordinate and manage outside resources and take a more collaborative approach to marketing is also required. Like many things in retail, the CMO role isn’t dead, but it’s definitely going to have to be different. Think collaborative character actors rather than superstars.

You’ll remember the flirtation with eliminating the CIO role a few years back. The bottom line is that, if it’s everyone’s job, it’s no one’s job, and all these C-level titles exist for a reason.

Regardless of what you call them, every brand needs someone responsible for the entirety of the brand experience, across channels, touchpoints and experiences. I would even argue (at the risk of raising the ire of fellow commenters) that merchandising should fall under the purview of the “CMO.” Assortments, offers and promotions are the most relevant driver of brand, after all, and it has always struck me as odd that digital decisions about visual merchandising, promotions, offers and experiences are disconnected from merchandising departments.

I’ll define marketing as managing the conversation between the brand and the consumer. It’s not just talking at the consumer, it’s listening and learning. It’s interpreting the evolving landscape and evolving the conversation accordingly. It’s managing and communicating the brand promise in the manner most relevant today. None of those job functions ever disappeared, they were just named differently in a quest for clarity, both internal and external. Turns out old-fashioned marketing is not so old-fashioned — if it embraces the array of new tools that keep emerging. Long live the CMO!

The traditional CMO role simply needs to evolve as the industry is evolving. Marketing is even more important now than ever before with brand building, it just happens to be occurring on different platforms, with different technology and with a different skillset. The winners will be the brands with CMOs that are not set in their ways and are looking at all of the new ways to market their brand to the target audience.

CMO roles differ significantly based on the industry vertical. A CMO at a CPG company has a different imperative than someone who is on the retail side like J.C. Penney. At a place like J.C. Penney, digital marketing and understanding the customer journey/lifecycle is critical. CMOs at CPG companies on the other hand are more concerned with spotting attitudinal shifts, generational changes and in general building awareness and continuing to be on top of the mind of the consumer. It is even more challenging for brands that are completely vertically integrated. The messaging, brand premise, brand promise, channels, promotions, lifecycle, journey… everything matters.

The CMO role is threatened by the reality of what marketing is. Everywhere else in the company, the vagaries of the market are buffered by…the CMO. So the logistics team gets frustrated that CMOs can’t make their lives easy. Same with all other roles.

Unfortunately, facing this disconnect with the rationally logical jobs in the C-suite, CMOs have compounded their problems by embracing the flakiest ideas around marketing like influencers, going all digital, etc.

It’s healthy to see Coke understand that marketing is marketing and is critical. As uncomfortable as it is for the company to accept that the market is irrational, it’s the truth. And any company who attempts to deny truth is destined to fail.

CMO. CGO. CSO. CIO. CBSO. All these titles either create operational silos or bloated staff. Integrated thinking should be driven to the lowest possible level in an organization.

Whatever the “CMO” role is called in an organization, the span of responsibilities has grown over recent years, for sure. I think the downline org for the CMO must reflect the ability to create awareness and generate demand, bottom line. That need will not go away.

I think it’s safe to say that while the C role titles are being debated, those companies involved in strategic consulting can look forward to long and lucrative careers. As others have commented the customer experience, which starts with the brand experience, needs coverage — as it always has. The tools for communicating and working with customers have changed, but the need hasn’t.

New leadership, new strategy, new focus — very traditional CMOish, by the way. The “classic” CMO role — part pitch person, part price negotiator, part brand builder, part we’re not sure where else to dump these projects — has probably passed its sell-by date. And it shouldn’t be replaced by so-hip-it-hurts “creative” titles du jour like Chief Iconoclast or Head Brand Warrior. Marketing is moving to a much more data-driven approach, so CMOs have to wear many hats — brand builder, administrator, multi-media platform manager, agency liaison, creative, strategist, etc. It really may be too much for one person, no matter how capable. So the choices appear to be: parcel some of that work out to other departments — research, data aggregation, etc. to, say, IT; agency negotiations, but not selection, to Finance; etc., and let the CMO focus on specific tasks like brand building, media strategy, messaging, crisis response, etc.; or, divide all the work up as in the first option and have the CMO become a pure administrator coordinating the growing list of… Read more »
1
|
0
-   Share

The role of a CMO has evolved and is much more about channel strategy and creative direction to evolve the brand and messaging for a long-play. In the new growth strategies, I see a lack of continuity and channel depth.

It doesn’t matter what you call the CMO. They can be called the CGO (Chief Growth Officer) or anything else. No matter what the title, the responsibilities of the CMO have to be picked up by someone in the organization. If there are too many Cs in the C Suite, move the responsibilities to a director level. The challenge is that the CMO role is changing as marketing changes. By the way, that’s a good thing!

Titles matter less than what the role actually encompasses and who is filling the role. Culture and cross-functional collaboration are more important features than what executives have on their business cards.

Nothing stays same. I think it’s foolish for marketeers not to take advantage of new tools, insights and opportunities to understand, connect and serve customers. It’s not about one’s title — it’s about formulating and delivering on a viable brand promise.

Braintrust
"Turns out old-fashioned marketing is not so old-fashioned -- if it embraces the array of new tools that keep emerging. Long live the CMO!"

"I think it’s safe to say that while the C role titles are being debated, those companies involved in strategic consulting can look forward to long and lucrative careers."

"You’ll remember the flirtation with eliminating the CIO role a few years back. The bottom line is that, if it’s everyone’s job, it’s no one’s job..."