U.S. retailers in dire need of growth look to the China market 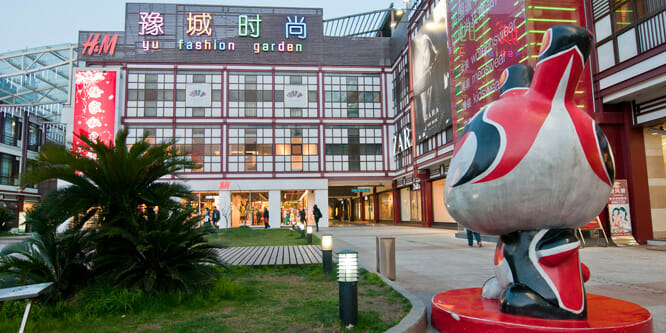 In 2017, a growing number of Western retailers decided to go where they can grow. Toys “R” Us, Starbucks and now Walgreens are among retailers expanding their brick-and-mortar and e-commerce presence in China’s booming retail market.

As Western retail markets contract due to bankruptcies, store closures and acquisitions, retailers are increasingly looking beyond their domestic markets for sustainable growth, and for many the large, lucrative China market is tantalizingly rich with possibility.

Even smaller companies are expanding to Asia. L.A.-based baby products retailer Babyhaven launched a cross-border e-commerce website this year to capitalize on favorable market conditions, including China’s elimination of its One Child Policy, which sparked a mini Baby Boom.

As Chinese consumers’ affluence has increased, so has their appetite for foreign products. For instance, popular product categories for cross-border e-commerce shoppers include cosmetics, mom and baby products and nutritional supplements.

DISCUSSION QUESTIONS: What’s the primary hurdle holding U.S. retailers back from expanding into Asia (through physical stores and/or e-commerce)? Do you expect this movement to continue, or do you think the recent foreign expansion is a short-term trend?

Please practice The RetailWire Golden Rule when submitting your comments.
Braintrust
"Might [marketing consumer products in China] be a viable option for products that just might be a good fit with the culture?"

"The biggest concern for foreign entities is the Chinese government’s “China first” mentality and actions."

"In fact, rules of engagement and paths to that seemingly vast opportunity change rapidly so few are true experts."

9 Comments on "U.S. retailers in dire need of growth look to the China market"

I’ve repeatedly come back to this segment this morning hoping to read comments from those who truly understand and/or have experienced the China factor. So far, nothing. Some one jump in please,

What I want to know, specifically, is this: Should the idea of marketing consumer products in China (and surrounds) be limited to retailers “in dire need” or might it be a viable option for products that just might be a good fit with the culture? Seems to me if an attempt at retail invasion is done out of desperation it is doomed to fail. Am I right about that?

Yes, it’s true that not every product is going to succeed in China. It is important to research the popularity of the products you want to sell. Selling less-popular categories or marketing unknown brands in China can be risky. Finding the suitable marketing channel for your category is also key for growth. Also consider fulfillment, price and legal elements, among others, before making your decision. Although China is a market with great potential, it is also complex, so thorough planning is essential for success.

Clearly, this option is only for large chains with viable global logistics capabilities. Regional chains and certain industries like grocery, have no real opportunities to use Asia as a meaningful growth mechanism.

The biggest concern for foreign entities is the Chinese government’s “China first” mentality and actions. Any foreign entity that gains too much traction is likely to face Chinese competitors that are propped up by government funding or government-backed market restrictions, despite the popularity (for now) of some American brands there. I believe Apple can tell some tales backing me up on this.

A brand can chase a dwindling number of underdeveloped foreign markets, but that won’t ultimately help them if they do not meet customer needs where they make the bulk of their profits — like the US.

Cross-border e-commerce remains one of the fastest growing retail channels in China, as foreign products remain attractive among China’s growing middle class for their better quality and brand prestige. Unlike traditional imports, cross-border e-commerce faces fewer market restrictions, and allows retailers to test the market with less risk and investment.

Certain grocery categories are also emerging in popularity due to advancements in the supply chain and near-shore warehousing.

Let me be the first to profess, I am not a resident expert on the China market. In fact, rules of engagement and paths to that seemingly vast opportunity change rapidly so few are true experts. One individual with solid experience from the CPG industry recently shared his views on “Rules of the Road.” I found his advice thoughtful and instructive.

For premium brands, or as in the case of buying existing Chinese brands, I would think it would represent a growth opportunity. But for lesser brands, probably not so much. Legal and cultural barriers, not to mention the rather patronizing (implicit) assumption that China is unable to develop their own retailers.

Among retailers, I always suggest starting with popular brands. Once you have successfully established your market awareness, you can promote some niche brands. While Chinese consumers certainly like domestic retailers (as Singles Day results consistently prove), they also seek the assortment variety and uniqueness of foreign products.

There are a few the following factors:

Braintrust
"Might [marketing consumer products in China] be a viable option for products that just might be a good fit with the culture?"

"The biggest concern for foreign entities is the Chinese government’s “China first” mentality and actions."

"In fact, rules of engagement and paths to that seemingly vast opportunity change rapidly so few are true experts."