What happens now that Mango is bailing on J.C. Penney? 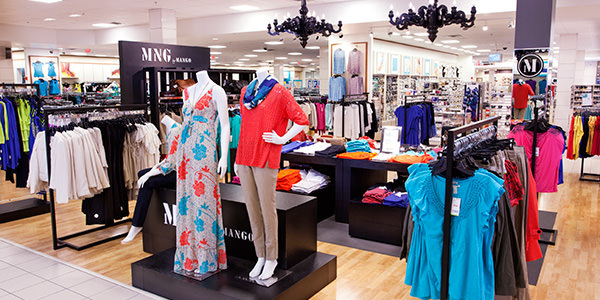 A business relationship that started out with so much hope has obviously not worked out as the Spanish fast fashion retailer, Mango, announced plans to close all of its 450 shops currently operating inside of J.C. Penney stores by next February.

Back in 2009, when the two retailers first announced plans for the MNG by Mango store-within-a-store concept at Penney, executives of both chains were bullish on its prospects.

Former Mango CEO Enric Casi said, "Every time we bring Mango to a new international market, it has driven immediate, strong demand, and we have only begun to capitalize on the great desire for Mango in the U.S. J.C. Penney is the perfect match for us to take advantage of the opportunity we see for the MNG by Mango brand in this market."

When the MNG by Mango concept launched, the plan was for the in-store boutique to change its inventory every two weeks, roughly twice as fast as the rest of Penney’s other fashion brands. The original goal was to have the concept operating within 600 Penney stores.

If there was rift between the two companies, it was well hid. As recently as February, Mr. Ullman spoke of MNG by Mango as one of the lines that "differentiate us from our peers."

With the planned closings, Mango will be left with seven standalone stores operating in the U.S., including locations in New York and Miami. The company plans to open an unspecified number of new stores in key cities, according to Reuters.

The closing of the 450 Penney locations is not expected to have a material impact on Mango’s top line results. According to Reuters, the Penney business only accounted for 0.5 percent of the company’s total global sales. With stores in 100 countries, Mango has invested heavily as it expands across the globe. That rapid expansion was given as the main cause for a 11 percent annual drop in profits last year.

What is your take on what failed in the Mango/J.C. Penney collaboration? Does the end of the deal between the two companies offer any lessons for others when it comes to participating in store-within-a-store concepts?

Please practice The RetailWire Golden Rule when submitting your comments.
Braintrust
"I’m surprised that the MNG initiative lasted as long as it did at J.C. Penney. It’s one of the few recent initiatives that preceded and then outlasted the Ron Johnson era, along with the more successful Sephora shops."

"A huge issue for mall based stores like J.C. Penney’s is traffic; J.C. Penney’s core customer base is not a great match Mango’s customers; There is always a question of who owns the floor with store-within-a-store."

7 Comments on "What happens now that Mango is bailing on J.C. Penney?"

I’m surprised that the MNG initiative lasted as long as it did at J.C. Penney. It’s one of the few recent initiatives that preceded and then outlasted the Ron Johnson era, along with the more successful Sephora shops. Many stores continue to struggle with their “fast fashion” offerings, perhaps because their product development and sourcing models are different from the specialists in this area like H&M or Zara.

But J.C. Penney is taking another whack at fast fashion with the introduction of its Belle + Sky line, rolling out this fall. Maybe J.C. Penney feels that the upside potential on the margin side is higher without a partner requiring licensing fees and perhaps a share of revenues.

While Mango might have been the right recipe and Rx that J.C. Penney’s needed to revitalize its brand and draw traffic, it was not a great fit for Mango’s brand.

The fact that J.C. Penney’s business only accounts for 0.5 percent of sales says a lot about the performance and potential not realized.

For J.C. Penney, it doesn’t matter. All that they are doing is prolonging the inevitable. Today they have no reason for being.

Store-within-a-store concepts CAN and WILL continue to be drivers for department stores looking to expand their assortments, attract new customers and provide a new and exciting shopping experience. That said, the matchmaking required to ensure the concept truly brings value and resonates with the core shopper base was overlooked in this venture. Perhaps there needs to emerge an eHarmony-esque matchmaker service to ensure compatibility before the marriage.

Every time I see Mango in JCP, what I see is something that looks nothing like anything else in the store. It should be adjacent to the teen section, but in my local JCP store it’s not. And while it is cute and hip and targeting younger shoppers, I find it actually more expensive than most other lines in the store. And setting it way apart from everything else that is young and teen and cool just makes it look even more strange and not a good fit. I always felt like the collaboration was an attempt to do what Ron Johnson wanted — change the kind of shopper who would go to JCP. But it wasn’t enough to bring them in, and it certainly didn’t appear to hold any appeal to the shoppers JCP does attract. It makes sense to end the effort to me. Mango can do better on its own. But it does raise the question of what JCP will put in that space — which was redone to be more Mango branded. That… Read more »
0
|
0
-   Share

Mango did not do enough research when they determined JCP was the best retail fit for their product in the US, or that their goals were consistent with those of JCP. The success of store-within-a-store depends upon the compatibility of brand image, goals, operating issues, and consumer perceptions. Without that compatibility, success will be very difficult to achieve.

It didn’t work out; that happens … a lot. The only reason it’s attracting attention, of course, is because JCP has had a lot of things that “didn’t work out” (like their entire business plan). I don’t think this episode really offers any general lessons.

Braintrust
"I’m surprised that the MNG initiative lasted as long as it did at J.C. Penney. It’s one of the few recent initiatives that preceded and then outlasted the Ron Johnson era, along with the more successful Sephora shops."

"A huge issue for mall based stores like J.C. Penney’s is traffic; J.C. Penney’s core customer base is not a great match Mango’s customers; There is always a question of who owns the floor with store-within-a-store."