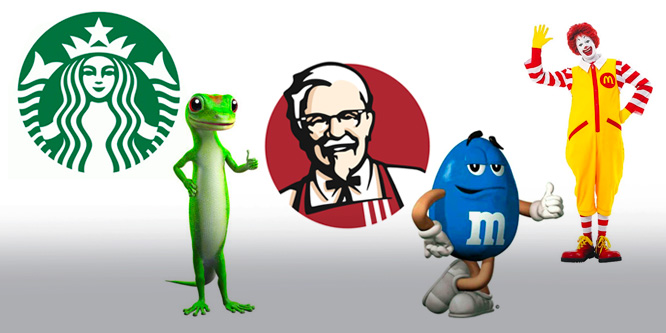 Some mascots seem like an inseparable part of the brands they promote. Others are quickly consigned to the commercials and cereal boxes of advertising history. A recent survey set out to find which brand mascots stuck in consumers’ memories most strongly, and discovered some interesting trends in the process.

The survey, conducted by Crestline, found that the most memorable mascot among the 1,630 U.S. residents polled was the Starbucks mermaid. Col. Sanders from KFC, the Geico Gecko, M&M’s talking candies and Ronald McDonald all scored within a few percentage points. 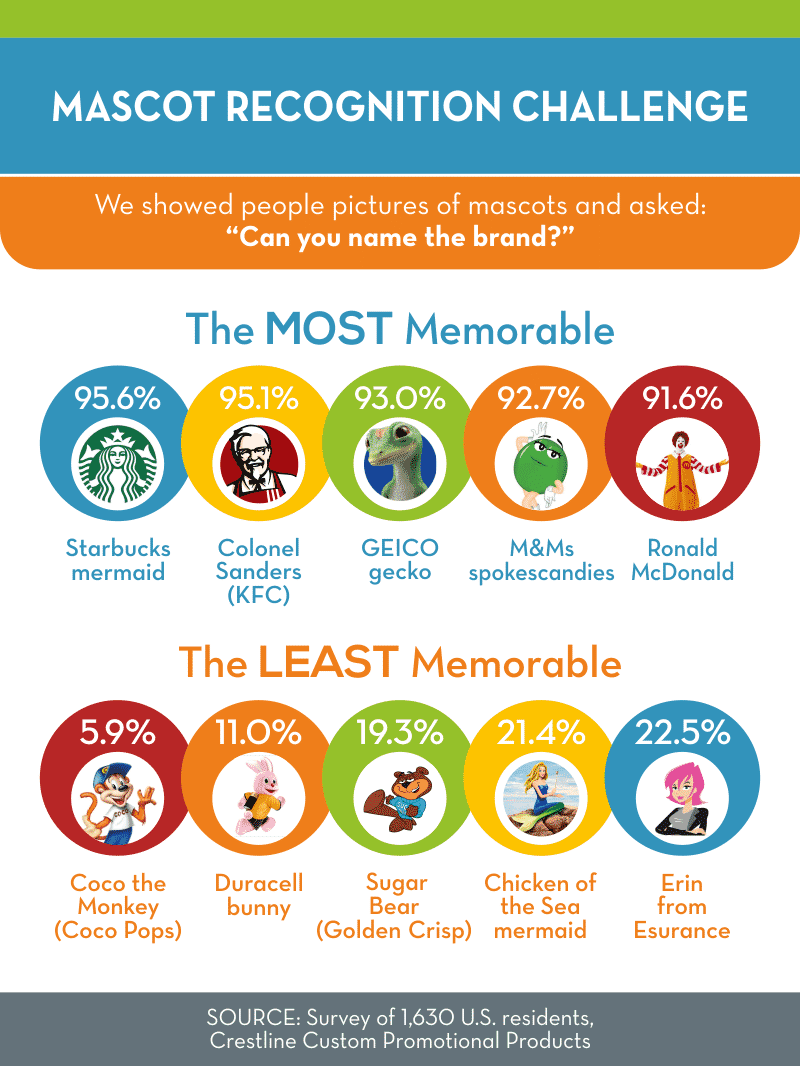 The least memorable were Coco the Monkey from Coco Pops, the Duracell bunny (not to be confused with the Energizer bunny), the bear from Golden Crisp cereal, the Chicken of the Sea mermaid and Erin from Esurance. The survey further explored a number of other characteristics of how the public perceives brand mascots. Among its findings were that:

Recent attempts from major brands to roll out mascots with the same appeal as the classic ones have been met with mixed responses.

More successfully, Target reintroduced its mascot dog, Bullseye, into its advertising campaigns in 2015, and even went as far as to release a Funko POP figure based on the character.

DISCUSSION QUESTIONS: Is it more or less important for a brand or retailer to have a mascot in 2019 than it was in the past? What advice would you have for creating a mascot that is both memorable and audience-appropriate?

Please practice The RetailWire Golden Rule when submitting your comments.
Braintrust
"If they are lovable, they’ll stick. And any way you can make your brand top-of-mind is a good thing."

"A mascot does not make or break a brand. I’d put brand icons, colors and tag lines all way above an animated character..."

"We live in a world of emojis and avatars. All of the more successful mascots shown are 20 years old or more, and were created in a different time."

Mascots make the most sense for high school, college and professional sporting teams. Rabid fans adore their mascots. The same cannot be said for even the most memorable brand or retailer mascot – they are nice but offer little point of differentiation to the brand or retailer.

I’m not certain it’s more or less important these days to have a mascot. The most popular ones are typically advertised heavier until they are drummed into our collective memory. If they are lovable, they’ll stick. And any way you can make your brand top-of-mind is a good thing.

Having a mascot is okay but not a necessity. Having a tagline or slogan is a great idea but again not a need. When you have both, and you use the mascot and tagline correctly, you’re going to get attention. Radio and television ads have supported most of the successful mascots for years. Geico and McDonald’s have spent millions of dollars incorporating their mascots into their ads, so no doubt the consumer makes the connection and remembers them, especially when seeing the icons. It’s smart advertising and helps a company stand aside from its competition. Being creative always matters. If a company decides to have a mascot, then how they use that icon will make or break its success. It’s not rocket science, it’s just basic common marketing/advertising sense.

Do we consider the Starbucks siren a “mascot”? Seems more like just a very recognizable logo.

I had the same reaction, Evan. Memorable logo, but no personality there.

I had the same thought. I always thought a mascot had a persona.

We live in a world of emojis and avatars. All of the more successful mascots shown are 20 years old or more, and were created in a different time. Introducing a new mascot today would be a challenge without a massive media budget, and even then getting it to be memorable but non-offensive is likely more trouble than it’s worth.

Well said Jeff! The most memorable mascot in Frito-Lay history (at least at the time I was there) was the Frito Bandito. The Bandito’s run only lasted four years (1967 – 1971) before he was shelved for being offensive to Mexicans. Maybe that was another first for him — the original not-PC mascot? But as late as 1990 the Bandito was still testing as the most memorable advertising in Frito-Lay history. The Cheetos Mouse was another icon. Trying to replace both of those was a creative challenge that felled many a brand manager and ad agency. Chester Cheetah might be credible as a replacement for the Mouse — but nothing ever came close to beating the Bandito.

A mascot does not make or break a brand. I’d put brand icons, colors and tag lines all way above an animated character in terms of ways to differentiate and connect with customers. If a brand is going to utilize a mascot, it should be brought to life via social media.

It is a hazy line between mascot and spokescharacter. Often a spokescharacter connects enough with the target audience that the brand lets it take on a mascot role. Especially in today’s social media environment, having a spokescharacter (an animated one or an animal, rather than a human personality/spokesperson) that can be totally controlled by the brand is a real asset — with no risk of Subway Jareds or Trivago Tims embarrassing the brand. And the controllable persona can play each digital channel just right.

Mascots are just another tactic that brands can use to represent their value proposition and brand promise to consumers. Effectiveness will depend on how well the imagery, message and promotions resonate with the targeted consumers.

If most readers are like me — confused the Energizer Bunny with the Duracell bunny, mixed up the two mermaids (does Starbucks even qualify as a mascot?) — they got a quick tutorial on the current state of mascot-dom. Mascots made a lot of sense in the golden age of television, and I think their importance has declined as social media has gained in importance. Indeed, the biggest issue right now is mascots for schools/sports teams that are long-established, but seen as offensive … another disincentive to developing new ones, perhaps.

Braintrust
"If they are lovable, they’ll stick. And any way you can make your brand top-of-mind is a good thing."

"A mascot does not make or break a brand. I’d put brand icons, colors and tag lines all way above an animated character..."

"We live in a world of emojis and avatars. All of the more successful mascots shown are 20 years old or more, and were created in a different time."