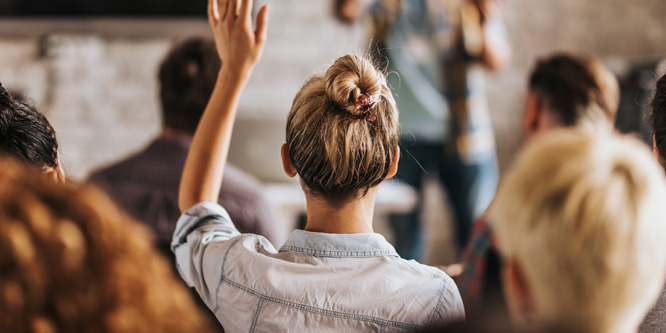 Timed for International Women’s Day, Lululemon reported that it had reached 100 percent gender pay equity — or equal pay for equal work — for the third year in a row.

The retailer worked with an external organization to review factors like location, experience level and performance when assessing compensation.

“We’re proud that over time, that investment has declined as our programs for diversity and inclusion have become stronger,” said Lululemon. “Even so, re-evaluating gender pay equity has been built into our annual plans to ensure consistency year after year for all our people.”

In 2014, Gap Inc. became the first Fortune 500 firm to publicly confirm it pays men and women equally for the same jobs. Amazon.com, Nike, Starbucks, Costco, Target and Nordstrom are among others that have achieved that status.

The retail industry, however, generally doesn’t get good grades for pay equity.

Glassdoor’s “Progress on the Gender Pay Gap: 2019” found retail and media tied for the largest gender pay gap across industries. In both industries, women in the U.S. earn on average 93.6 cents per dollar earned by men working in the same job title, same company and with similar background and experience. Other recent studies indicate that the pay disparity for retail may be much worse.

Factors causing the disparity are varied.

Companies are improving their diversity hiring programs to address the problems, as well as using data to remove biases. New data from PayScale finds openly sharing employee salaries could be a top solution to closing the gender pay gap. PayScale’s CEO Scott Torrey told CNBC, “Most employers want to pay all employees fairly. But it is clear to us that unconscious bias is part of human nature.”

DISCUSSION QUESTIONS: Do you see retail being more prone to gender pay inequity than other industries? What do you see as the main obstacles to achieving gender pay equity and what steps can retailers take to close the gap?

Please practice The RetailWire Golden Rule when submitting your comments.
Braintrust
"There is no reason in the world why two people making the same financial contribution to a company should be paid differently."

"“Companies are improving their diversity hiring programs to address the problems.” Blah, blah, blah. It’s 2020. Figure it out."

"We’ve been hearing this for decades. To borrow a phrase from Nike, JUST DO IT."

“Companies are improving their diversity hiring programs to address the problems…” Blah, blah, blah. It’s 2020. Figure it out. How is equal pay for equal work so freaking hard?

There is no reason in the world why two people making the same financial contribution to a company should be paid differently.

We’ve been hearing this for decades. To borrow a phrase from Nike, JUST DO IT.

I gotta be honest: Georganne Bender said it best in the comments here. This is definitely NOT rocket science. Just make it happen!

Thanks, Ralph! When a business has two people, one male and one female, each doing the same job but as an employer thinks it’s okay to pay one less than the other based on sex? This kind of corporate stupidity makes my head explode.

Two words — institutional misogyny. We live in an inherently sexist society, a fact underscored every day in almost every way. As to whether retail is disproportionately worse than other industries, take a quick look at c-suites, board composition, promotional tracks, and even treatment of hourly workers and then tell me that’s a serious question. It’s hard to be “Woke” out of a coma.

It is disappointing to see that gender equality is still an issue and hard to believe that the Equal Rights Amendment (ERA), approved by Congress in 1972, has still not been added to the U.S. Constitution. Until our country truly supports equal rights, this will continue to be an issue.

Ditto. How can anyone sleep at night while being a cheat? Because that’s what paying unequal pay is.

It’s simple. It’s 2020. And it’s about time we reached 100 percent across the board, not just in retail. There is no excuse for this to STILL be a conversation. As Georgeanne, Gene, and Cathy have said, it’s high time board rooms, c-suites, etc. just figure it out and get it done. It’s all attitude. If there’s a will, there’s a way. Everything else is just an excuse.

Maybe it is time for us as men to jump in the foray and support women more vocally.

Retailers will continue to pay less to any group that they can. It is a low profit margin business and the number one variable expense they have control over is labor. The only reason there is a gender pay gap is because they can get away with it. This is changing since women and minorities are gaining more career opportunities.

After many years in the retail/tech industry, I’m surprised the the salary differential is “only” $06.3 … and that women make an average 93.6 cents per dollar compared to men counterparts!

Braintrust
"There is no reason in the world why two people making the same financial contribution to a company should be paid differently."

"“Companies are improving their diversity hiring programs to address the problems.” Blah, blah, blah. It’s 2020. Figure it out."

"We’ve been hearing this for decades. To borrow a phrase from Nike, JUST DO IT."