What’s next for CVS after its #MeToo moment? 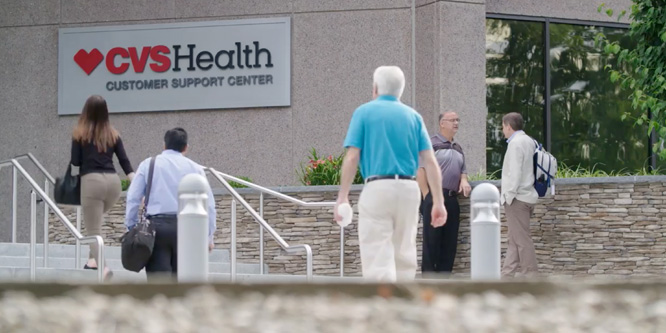 In its own #MeToo moment, CVS on Friday said it fired several employees, including executives, following an internal investigation into how the company handled sexual harassment complaints.

The drugstore retailer, as first reported by The Wall Street Journal, said an anonymous report in late 2021 about alleged misconduct by one of its field management leaders led to an independent investigation by an outside firm. CVS subsequently “terminated the individual and others have since been exited from the company for failing to treat allegations with the seriousness we expect.”

The company also said it will overhaul how it handles similar complaints in the future. CEO Karen Lynch wrote in an internal memo, “I want to be crystal clear: this company does not tolerate harassment or hostile, abusive or discriminatory behaviors of any kind from any employee — regardless of position.”

The #MeToo movement began in Hollywood in October 2017 in response to charges against film producer Harvey Weinstein but broadened into a wider revolt against against sexual harassment and empowering gender equailty across corporate America.

A wide range of high-profile executives and managers lost their jobs over 2018 and 2019. In the retail space, Nike, Barnes & Noble, Tapestry, McDonald’s, Lululemon, Under Armour, Guess and Victoria’s Secret were among those vilified in the press over untoward workplace incidents.

By October, 2018, an Ipsos/NPR study found 69 percent of Americans agreeing that #MeToo had created an environment in which those accused of assault or harassment will be held accountable for their actions, yet 43 percent felt the movement had gone too far.

In October 2019, a YouGov/The Economist survey still found notable disagreement among men and women about the boundaries of acceptable behavior in the workplace relative to surveys taken over the same period in 2018 and 2017.

DISCUSSION QUESTIONS: How confident are you that #MeToo and related movements have had a positive impact on workplace behavior? What must companies do to make clear to all employees what the boundaries are related to appropriate workplace behavior?

Please practice The RetailWire Golden Rule when submitting your comments.
Braintrust
"At the root of all of this is an inability, by some, to treat others with respect and in a professional manner."

12 Comments on "What’s next for CVS after its #MeToo moment?"

These movements had to have had a positive impact on workplace behavior. Make the boundaries clear to all employees – it’s not that complex to describe. Fire some top level visible people to show you mean business. Offer a rehab plan for first time violaters – one of the problems people have with the #MeToo movement is the assumption that every complainant is justified – that is not always the case. A zero-tolerance policy will end up backfiring.

At the root of all of this is an inability, by some, to treat others with respect and in a professional manner. Companies need to make it clear what is and isn’t acceptable behavior. They then need to have very objective, impartial ways of assessing complaints in a fair and inclusive way. And part of this also means ensuring that frivolous complaints or those not grounded in anything are assessed accordingly.

I’m certain that these movements have had a tremendously positive impact on workplace behaviors. Personally, I’ve been in the workplace for 40 years, the changes have been huge, even from just a decade ago. Sadly however, harassment policies that protect all workers are not universally applied across business. I do believe that CVS is doing exactly the right thing to make it crystal clear where the boundaries for professional behavior are and that there are consequences for breaking those boundaries. Reading in the article that as recently as 2019 there was a difference of opinion between men and women about what acceptable behavior is, is indicative that there is a lot more work to do in this space.

Sexual harassment in the workplace wasn’t anything new in 2017 when Hollywood brought awareness about it to the forefront, but the #MeToo movement made it a conversation that everyone, in every industry, was suddenly talking about.

Unfortunately, like everything else that burns hot, talk eventually calms down and the media moves onto something else. But I am hopeful that companies have changed how they handle any harassment in the workforce, and I am impressed that CVS’s Karen Lynch is taking a hard stand. More companies need CEOs like Lynch who have a crystal clear definition about what is acceptable, what is not, and what will happen if an employee crosses that line.

It’s particularly unfortunate for CVS this is being highlighted during National Women’s Month as it’s juxtaposed against so many other positive stories across retail. Zooming out a bit, the #MeToo movement has been progressing alongside many other movements impacting work culture. There is a continued and sustained effort by many retailers of DEI and promotion and visibility of stories of female leaders. However there is still a need for much more improvement, including things like sensitivity training.

Companies need to draw the line and act. This went on too long and festered into something that should have been addressed.

The #MeToo movement has certainly had a positive impact on the workplace environment, but it will take time to see a sustained impact. If companies want to improve the impact, they must be able to act as swiftly at removing senior executive and C-Suite members as they are at middle-management members. Otherwise, employees won’t believe the boundaries.

The #MeToo movement has had an astounding (if too slow) effect on the workplace. But it goes much farther than that. It is all about respect for individuals and that has been highlighted across the spectrum of employees.

Perhaps most important is the message that is being adopted by young people. My oldest grandson, 18, (“Why can’t people just be nice to each other”) and grand-daughter, 16 (“His behavior was unacceptable.”).

Behaviors and culture change slowly. I assure you there once was a time — yes, Mad Men is absolutely true. It was the norm. Sadly, even today, boundaries must be explained. Success is when they no longer have to be published.

We will know that #MeToo has finally worked when the day comes that these kinds of stories are the rare exception rather than the all too common rule. The most disturbing note in this article is that 43 percent of survey respondents felt #MeToo had gone too far. As to making it clear, that easy — fast, unilateral, no exceptions termination in proven cases. That said, I think the path to vindication needs to be as clearly marked as that of prosecution. Set up the kind of a system where people know and agree that there was or wasn’t cause for dismissal and a significant percentage of the 43 percent should start converting and workplaces will be safer for all employees.

Awareness and education will always help to alleviate an issue. However, like anything else, too much focus can lead to a perception of criticism and negativity. #MeToo started as a movement and became a political platform. It is important for companies to onboard employees with clear expectations of workplace behaviors and consistently enforce them. That said, I am not convinced that these heightened moments of social consciousness are net positive. What starts with the right intentions does get abused and overused. Think about black lives matter vs blue lives matter (by the way, we all matter for real) and hands up don’t shoot; both became “war cries” for division vs a cry for equality and fairness/justice. The answer is not a mantra, it is inclusiveness and a fundamental core belief that, whether you are at work or outside of work, we all deserve respect.

Unfortunately, there are still too many organizations where bad behavior of all kinds is widely known and goes unaddressed. Press coverage, especially for public companies, is certainly making management more cautious, but sadly, progress is still much slower than it should be.

#MeToo movement has changed things for the better. Creating a safe workplace for women and achieving gender equality will take time. We, as a society, have made significant progress in empowering women, but still have a long way to go. However, it baffles me that people need to be taught how to treat others with dignity and respect. Such character traits can never be taught by policies; what we actually need is an inclusive culture.

Braintrust
"At the root of all of this is an inability, by some, to treat others with respect and in a professional manner."