Will customers use an Amazon app to chat? 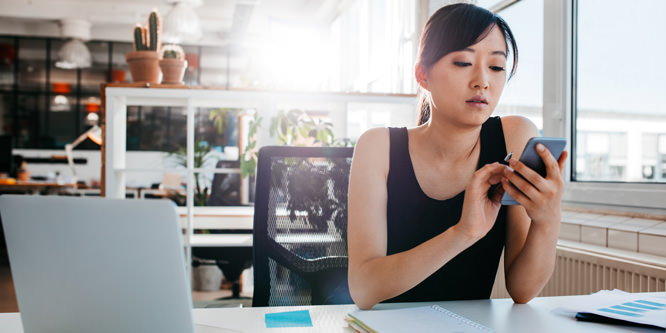 Smartphone messaging is perhaps one of the only areas of technology where we haven’t seen Amazon.com’s name show up front-and-center. But that may be changing.

Amazon is developing a messaging app called Anytime by Amazon, according to AFTVNews. Development appears to be in the very early stages, with Amazon now surveying customers about features they would look for in a messaging app.

Amazon isn’t the first big-name tech company to focus on messaging. Apps like Skype, the Facebook-owned WhatsApp, and Google Voice have become popular for different uses. And in recent years, Facebook has been pushing users to install the standalone Facebook Messenger app, which evolved from its on-site chat function. Retailers have been implementing chat bots on the Facebook Messenger platform, which allow app users to text messages back and forth with a bot to place an order or make a purchase.

Some speculate that this type of “conversational commerce” is the next big thing for selling online.

Amazon’s ownership of a messaging app could be another tactic for keeping users within its shopping ecosystem. Amazon could, for instance, incentivize shopping via chat bot through the app or somehow integrate the app with Alexa and other Amazon products.

But even for Amazon, getting users to install a new chat app could be a challenge. People tend to be set in their ways with the communication channels and apps they use. Last year, a survey indicated that nine out of 10 minutes spent on mobile apps are spent on a user’s top five favorite apps (Facebook Messenger numbered among the most popular). And people also have the option of non-app based text messaging.

But given the type of creative perks Amazon has come up with for its Prime members, it’s possible that the company could find ways to get its loyalists on board. In fact, Amazon has begun using such a tactic to promote the newly-launched Amazon Spark. Spark, a shoppable, Instagram-like tool, is now available as part of Amazon’s app. While all users can browse using the app, only Prime members are allowed to contribute content and comment.

DISCUSSION QUESTIONS: Is it a worthwhile pursuit for Amazon to get involved in messaging to keep people further engaged within its ecosystem? How might Amazon integrate the Anytime by Amazon messaging service into its other offerings?

Please practice The RetailWire Golden Rule when submitting your comments.
Braintrust
"Conversational commerce via an Amazon Prime app has appeal to me, but the context is less about commerce and more about service and delivery."

"Amazon is big enough to influence the market but not in that way."

"Chatting with friends gets shoppers to spend more time on Amazon digital properties, but that’s not the moneymaker."

13 Comments on "Will customers use an Amazon app to chat?"

The devout Amazonies may opt to use Amazon to also chat, but does the marketplace need yet another chat vehicle? From Amazon’s perspective, it’s understandable. From the consumer’s perspective, it may be one-too-many apps.

Amazon’s recent moves remind me a lot of the old MSN, AOL and even Google days whereby there was a tremendous focus on retaining the user within your ecosystem so you could a.) build a large data profile about the user to further target, b.) cross-sell services since the more services they use, the higher their LTV, and c.) try new products and services in small segments of the engaged population.

Amazon chat and Spark are both examples of services to keep people within their app (note Amazon often launches separate apps only to fold them into the main app when the services take off). Since 50 percent of U.S. consumers already have the Amazon app installed, adding something like chat to a platform where you are likely to find your friends and family makes good sense.

If it is going to be a messaging app, Bob Amster is right. We don’t need another one. If it is going to be a WeChat, then Amazon is exactly in the right space. WeChat has 700 million-plus users in China. They live through WeChat. Everything you can imagine and more is done with WeChat. If this is what Amazon is shooting for, then it is big — really big.

Amazon, throughout its history, has not been afraid to experiment with new ideas. Some work, others don’t. Testing a messaging app tied to Prime with the ability to purchase might seem like a stretch, especially when considering the number of highly-used apps that already exist, but don’t write Amazon out. Anything by Amazon could turn out to be another successful way for the retail giant to increase sales and customer loyalty.

Chatting today has become extremely popular and useful. My company has been using instant messaging for over 15 years and couldn’t survive without it. So for Amazon to get involved with their own chat app is smart and it can only become a valuable tool for them. I’m sure once developed, Amazon will expand it and include easy methods for users to not only chat but shop and order products at the same time. I see a pop-up asking a user a question while chatting with a friend. Then the user could see an item of interest and order it all with the click of their mouse.

Conversational commerce via an Amazon Prime app has appeal to me, but the context is less about commerce and more about service and delivery. I have had at least three recent experiences with Prime delivery being at least a day or two later than the delivery promised in the confirmation e-mail. I’d welcome a text giving me an update versus having to track it down myself. Come on Amazon, bring it! My order, that is.

The mutual benefits of chat lie in the words that follow: “Did you know that … ” This statement underpins value-add and upsell/cross-sell. As chat can engage prospects and customers to increase value, using chat is a strategic, tactical and operational winner in digital experience.

Another app!? Last time in checked I’ve got five screens worth of them on my phone and I’m sure I only use four apps on a regular basis.

I suppose once integrated with purchases it will act like the Venmo money transfer app and I’ll see what friends just bought, right?

Chatting with friends gets shoppers to spend more time on Amazon digital properties, but that’s not the moneymaker. Showing brands high usage and engagement levels from shoppers opens up new services Amazon can offer sellers. Messenger, WeChat and WhatsApp have shown how to woo businesses. Amazon can attract brands large and small with capabilities like automated customer support.

Amazon is big enough to influence the market but not in that way. People already have their own messaging habits, so Amazon would need to spend billions to find its advocates. People usually have between two and four messenger apps connecting them worldwide (not only in the U.S.), so why should they use Amazon?

I think we can all agree we don’t want another app on our phones and the chat thing is old news. We want to text support today to get our questions answered. That’s why I recommend live support to my clients. Customers need the ability to text support which is the next best thing for selling online.

It’s difficult to imagine the need for another straightforward messaging service; the ones that are dominating at present like Facebook Messenger do so for a reason. It’s interesting also that this seems to be its own standalone app rather than part of the Amazon app. I think as ever it warrants keeping an eye on — Amazon is known for its innovative pushes and it may well be that this is going to be much more than a place to chat, but somewhere to shop, pay, share content etc.

The conversations will include not just commerce related traffic, but things like usage tips, recalls, upgrades, enhancements specific to a brand. That’s a real revenue stream for AMZN and that means that a brand needs to think like a publisher — always collecting stories relating to the product for the various audiences and use cases. This development will create a Renaissance for individuals who know an obscure computer language known as English (etc, for lack of another word).

Braintrust
"Conversational commerce via an Amazon Prime app has appeal to me, but the context is less about commerce and more about service and delivery."

"Amazon is big enough to influence the market but not in that way."

"Chatting with friends gets shoppers to spend more time on Amazon digital properties, but that’s not the moneymaker."