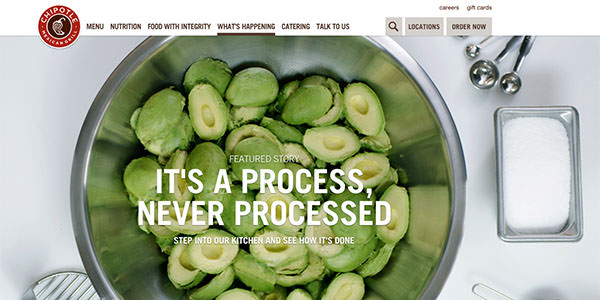 If Chipotle didn’t have bad luck, it might not have any luck at all. The chain is once again dealing with a health issue related to its restaurants with a report that a location was closed after it was learned employees may have contracted norovirus.

The restaurant, which is located in Billerica, MA, was closed for one day as cleaning crews came in. Even though Chipotle handled the situation promptly, the appearance of a problem was enough for the company’s stock to take a hit. Shares closed down 3.4 percent as details became public.

“We do not know know if the employees are ill with norovirus and no customers’ illnesses are connected to this restaurant,” Chris Arnold, a Chipotle spokesperson, told CNN on Tuesday. “Any employees who reported feeling ill will be tested and held out of the restaurant until they fully recover.”

Chipotle saw its same-store sales fall 14.6 percent in the fourth quarter, the first decline since it went public, after multiple outbreaks of E.coli and norovirus sickened customers and force restaurant closures on both coasts.

In the end, Chipotle was praised for its response to the most current situation. The closure of the restaurant was seen as evidence that it has learned lessons from its past.

Doug Powell, publisher of barfblog.com, a food safety website, told Reuters that making the decision to close the restaurant indicated that new protocols put in place by Chipolte are working. The downside, he admitted, is some may just see it as “Ooh, they’re barfing at Chipotle again.”

DISCUSSION QUESTIONS: Will consumers react better to Chipotle’s decision to close its restaurant in Billerica as a precaution than Wall Street did? Does Chipotle’s latest handling of the situation in this case make you more or less confident about the chain’s prospects?

Please practice The RetailWire Golden Rule when submitting your comments.
Braintrust
"Now they have to be responsible for their employees getting sick, even if it has nothing to do with the restaurant or the food? Perhaps the answer would be to eliminate employees? Or just ignore the outbreak? Customers will be back. If a company acts properly, they will retain customer trust in the long run."

10 Comments on "Will latest news make Chipotle shareholders feel all better or sick?"

It is great that Chipotle’s new protocols prevented customers from getting sick — but since they did not prevent their employees from getting sick I am afraid that Chipotle can’t claim this as a win. It’s a shame that these instances keep on popping up over an increasingly long period of time. There are still Chipotle devotees but I can’t see them growing their consumer base after this.

Any store issues or closures will have a negative effect on consumers and business. Unfortunately what Chipotle needs is some time under the radar and unless they stringently enforce their cleaning schedules and they do not allow sick employees to work the problems will not go away.

The race is on to see what amount of filth and food poisoning it takes to completely stop patronage. This may prove to be a vice like smoking, seat belt refusal, and walking in front of on coming traffic because they have to stop. The better story here is how willing people are to risk their health and well being. It is unfortunate that Chipotle’s executives care less, at least it appears that way.

Now they have to be responsible for their employees getting sick, even if it has nothing to do with the restaurant or the food? Perhaps the answer would be to eliminate employees? Or just ignore the outbreak?

Customers will be back. If a company acts properly, they will retain customer trust in the long run.

By now Chipotle should be the safest restaurant in the country. Makes me wonder how many other restaurants have the same situation except it’s all swept under the rug and not reported. Is there a trade off with restaurants with healthier food but unhealthy conditions? Maybe they need to add more chemicals and preservatives to their food. Really, think of the times you have been to McDonald’s and it was a filthy dump. I would expect worse stories from McDonald’s but we don’t hear them.

Great job on handling this isolated situation, and Chipotle seems to be doing all the right things except staying out of the news, which will take a bit of luck. Our local Chipotle no longer has long lines and I’m afraid it has fallen out of favor over a relatively long period of time. We just received coupons in the mail for a free entree and free chips and salsa. But if consumers are afraid, coupons aren’t going to overcome that. I really believe they are a good company and wish them success in getting back on track, but each of these closings takes the likelihood of success down a little bit more.

Consumers can be forgiving when all other elements of their shopping experience are good. It appears Chipotle has not gotten the food safety memo. Consumers don’t want reaction, they want prevention. Most suppliers get one recall and only some consumers will return. This great, after-the-fact effort by Chipotle will take years to bring consumers back to their restaurants. Chipotle is not the only Mexican restaurant on the block. Until Chipotle can go one year without a food safety incident the problem has not been solved.

I suspect that most people will not have even heard about it, and I further suspect no one would even be reporting it if it weren’t for the recent problems. But it does show the perils of being “on probation,” as it were. In the public’s mind, everything becomes a crisis.

In the long run, even the more extensive earlier contamination issue(s) — which can (arguably) be said to be related to how they source ingredients — will be footnotes to more general issues of market saturation and overvaluation of their share price.

Not good. Couldn’t come at a worse time for them. At some point people start to wonder if there is some sort of sabotage going on. This week I received in the mail a coupon for a free salad at Chipotle. I love “free,” but after this latest publicity, I am just not sure I am ever going to use it.

Chipotle handled the situation in a very smart manner, and it needs to continue doing so for several years.

If done right, Chipotle can become the food safety standard bearer for QSR in the country. All these issues that keep popping up can become the platform from which Chipotle relaunches the brand.

Regardless of the improved standards, it will take several years for consumers to return to the franchise.

Braintrust
"Now they have to be responsible for their employees getting sick, even if it has nothing to do with the restaurant or the food? Perhaps the answer would be to eliminate employees? Or just ignore the outbreak? Customers will be back. If a company acts properly, they will retain customer trust in the long run."