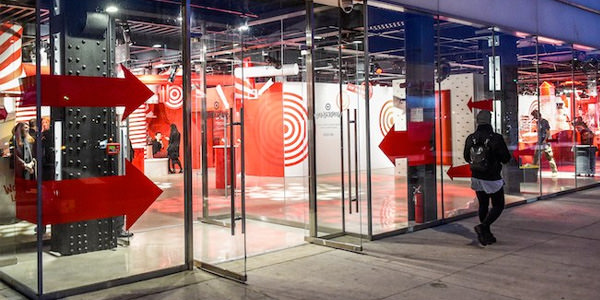 With stories about traditional retail largely focused on store closings and bankruptcies, pop-ups seem to be getting much of retail’s positive press.

A late March New York Times story entitled, “Pop-Up Stores Thrive in a World of Failing Retailers,” tallied many of the benefits and advantages of pop-ups. These include providing online sellers and upstart brands the opportunity to meet customers and let them touch and feel their merchandise. Temporary stores can be used to test product as well as locations.

On the cost side, pop-up rents have generally been less expensive and avoid the risks of a long-term lease. Their temporary nature also offers greater flexibility and creativity, and brings excitements to shopping centers. At their most creative, pop-ups are opening in apartments, bars and hotel lobbies and feature live music, art shows and/or free booze.

“More party than hard sell, this new breed of pop-ups is becoming increasingly innovative and fun — far more than the seasonal pop-ups that once prevailed,” wrote Constance Gustkemarch for the Times. “And they are also increasingly profitable, experts say, since consumers crave these new experiences.”

Many mainstream brands and retailers are following Target’s success in using pop-ups to raise brand awareness and launch new lines. Nordstrom and H&M both brought digitally themed pop-ups to the South by Southwest and Coachella music festivals.

However, landlords could stop the pop-up craze. Despite the excitement pop-ups can bring to a shopping center, the assumption is that many landlords will prefer the predictable cash flow of a long-term lease.

Demand for pop-ups might also crash if they weren’t a bargain. A Guardian article noted that pop-up rents for the High Street fashion district last fall rivaled permanent shops.

“The idea was that it was temporary at a low cost, and that is now the challenge,” Alexandra Heywood, founder the Teastained Lil fashion brand, told the Guardian. “The opportunities I received in 2013 are not around any more. That’s tough.”

Have pop-ups evolved beyond their initial role as temporary space fillers? Do you see pop-ups still being attractive to retailers and brands for testing, branding, driving traffic, etc. if retail rents stabilize?

Please practice The RetailWire Golden Rule when submitting your comments.
Braintrust
"Pop-ups are still a great way to create awareness and demand in high-traffic areas. Of course, the challenge comes when costs of operation escalate beyond initial projections."

"Even if pop-up rents are comparable to the monthly rate associated with long-term leases, I can see the advantage for retailers who don’t have to commit to years of leasing a space."

"Not only do pop-up stores raise brand awareness and help create buzz but they also create an excellent opportunity for product development and pre-launches."

12 Comments on "Will pop-up fever withstand a rent hike?"

Pop-ups are still a great way to create awareness and demand in high-traffic areas. Of course, the challenge comes when costs of operation escalate beyond initial projections. However, these individual locations need not always be profitable if the brand loyalty grows beyond the reach of the pop-up.

First of all the article notes, “Despite the excitement pop-ups can bring to a shopping center, the assumption is that many landlords will prefer the predictable cash flow of a long-term lease.”

Kind of misses the point. Pop-ups evolved precisely because that space was being utilized by long-term leasers. Of course landlords would rather see longer leasers — they are in the real estate business, not the innovation business.

And yes, pop-ups have evolved, they have become the gourmet food trucks of retail — moving from place to place, followed online by the faithful hordes of hipsters anxious to make the next scene.

So the real question is, once we get passed the Etsy crowd, is there a future for pop-ups? And the answer would seem, at least today, to be yes.

Pop-ups succeed, not because of rent concerns, but because they are a form on consumer in-crowd entertainment. That’s their real draw. Their appeal can be based on proximity to a concert like Bonnaroo or seasonality, like “holiday” pop-ups.

I’ve never understood why landlords prefer a shuttered store with a “for lease” sign than monthly rents. Even if pop-up rents are comparable to the monthly rate associated with long-term leases, I can see the advantage for retailers who don’t have to commit to years of leasing a space. If the revenue doesn’t justify the rent, they can be gone in 30 days. Promotion and product strategies can be explored within several locations at a reduced investment. That’s an advantage even if the retailer’s long-term space has favorable rents.

Landlords will have to wait a very long time if they are waiting for that long-term tenant they desire to have. The U.S. has been over-saturated with retail space for decades. It is a wish, a hope and a dream that the real estate will be filled.

Even if the rent for a retailer is normal and not reduced, strategically, pop-up stores make sense. it is a way to balance the business with the expense. Off-season rent is a huge cost to retailers, perhaps the biggest reason Black Friday is in November.

I think we will continue to see pop-ups. As far as landlords preferring long-term renters, that is obvious. However, better to have a pop-up than an empty location for a month.

Consumers like to see what’s new. Any store in a location where there was nothing or even some retailer that went out of business will get the consumer’s attention. Especially at a music venue or festival where people are milling about looking for a day of entertainment.

If consumers continue to change quickly in terms of their taste in products, taste in entertainment and desire for new products, pop-up stores can be used in creative ways to test new products, test new locations or be where the consumers are on any given day.

The pop-up concept is sound and can be very effective to reach shoppers. We’re always looking for new experiences and this concept can be very effective IF the real estate is available at a price that can support the initiative. Just like any other marketing and/or merchandising initiative — the investment must be supported by an acceptable ROI. As the overall market strengthens, square footage will be secured with longer-lease contracts making the cost of available real estate too high to support the time-limited pop-up concept.

Perhaps retailers like Target, Nordstrom and Home Depot can create environments that could support this pop-up concept for their brand vendor partners. Why not have an “arena” so vendors could present their products like the vendors during state fairs?

Pop-ups have definitely matured beyond being a stop-gap lease filler. And the traditional brick-and-mortar and e-commerce retailers will continue to mine the attention and consumer interest around pop-ups.

The innovation of pop-ups will continue to grow outside of the retail footprint. With New York’s launch of LinkNYC free gigabit Wi-Fi for all of NYC the digital infrastructure is now omnipresent and available anywhere. So in the same manner as the food truck explosion of the early 2010s, expect a second wave of sidewalk and urban square vendors leveraging pop-ups on rent-free locations.

Pop-ups were originally conceived to be a temporary, low-cost, alternative retail site. If any portions of this mix are changed, the concept becomes distorted and prone to increased failure. This becomes more likely if we simply examine the cost of rent and space obligations from a landlord’s perspective. Should this present itself in any pop-up solution, the opportunity should be discarded.

I think pop-up stores are still a great solution for landlords and retailers. Not only do pop-up stores raise brand awareness and help create buzz but they also create an excellent opportunity for product development and pre-launches. Additionally, if you are a web-based company, it’s an excellent way to engage clients and allow them to experience your product before buying.

Pop-ups are a great concept and I would suggest landlords figure them into their lease programs permanently. Though I have not been involved with the real estate side of retail, I would think that landlords take a hit when those long term leases go bust.

If they make the right deals, they are likely to see those spaces occupied pretty much continuously.

I don’t think pop-ups have been used to the full extent yet, they are still a fresh, creative idea and traffic-creator, and there were some excellent ideas in the answers here, for ways to expand on this concept. Not to mention the potential for more permanence when things work out. I think it’s a win-win for pop-ups and landlords.

Braintrust
"Pop-ups are still a great way to create awareness and demand in high-traffic areas. Of course, the challenge comes when costs of operation escalate beyond initial projections."

"Even if pop-up rents are comparable to the monthly rate associated with long-term leases, I can see the advantage for retailers who don’t have to commit to years of leasing a space."

"Not only do pop-up stores raise brand awareness and help create buzz but they also create an excellent opportunity for product development and pre-launches."