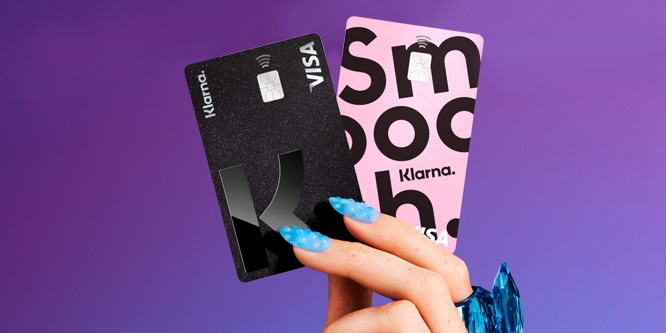 “Buy Now, Pay Later” (BNPL) services, such as Affirm, Afterpay, Clearpay and Klarna, saw explosive adoption as e-commerce upshifted into a higher gear during the pandemic, but are now facing questions over their sustainability against a tide of rising interest rates, inflation and regulatory threats.

The services let shoppers defer payments to a later date or break up purchases into interest-free installments.

Rising interest rates narrow already-thin margins for BNPL providers. Their profitability is dependent on their own borrowing rates being much lower than the fees charged to merchants for their service.

Finally, the fast growth of the largely-unregulated BNPL space has been drawing more scrutiny from state and federal authorities over concerns that consumers are not aware of the large late fees that can accumulate.

Regardless, many consumers discovered the benefits of BNPL’s flexible payment options and avoiding the financial commitments involved with credit cards, even on lower ticket items.

Experian’s “Global Insights Report,” based on a survey of 6,000 consumers globally in March, found that 18 percent had used BNPL in the past six months. Fifty-seven percent said they believe BNPL could replace their credit card and 71 percent perceive BNPL as secure. In the U.S, 80 percent of respondents use BNPL to avoid credit card debt.

GlobalData’s report, “Buy Now Pay Later – Thematic Research,” which came out in late May, found BNPL expanding from $33 billion in 2019 to $120 billion in 2021, driven by greater adoption by merchants including Amazon and Shopify. GlobalData predicts BNPL sales will increase nearly five-fold to $576 billion by 2026, driven by appeal to Millennials and Gen-Zers.

Some fintech watchers believe reasonable regulations could ultimately help consumers gain a greater sense of trust in the payment model to support growth.

Apple, which recently announced plans to offer BNPL loans starting in September, could be a threat to the pure BNPL providers. Amrit Dhami, associate analyst at GlobalData, however, said Apple’s entry “could help to combat negative publicity in the BNPL market around the lack of transparency of contracts and the obscured impact of BNPL services on consumers’ credit scores.”

DISCUSSION QUESTIONS: Are rising interest rates, inflation and regulatory pressures short-term hurdles for BNPL loan providers or a threat to their survival? Will BNPL solidify its position as an alternative payment method to credit cards over the next couple of years?

Please practice The RetailWire Golden Rule when submitting your comments.
Braintrust
"Retailers are happy to drive as many sales as possible while shifting risk to BNPL players."

"The BNPL bubble is already popping. The levels of debt being taken on are unsustainable and defaults will likely increase as the economy sours."

"I hope it doesn’t survive. As a society, we do not need extra encouragement to take on debt which can bite consumers later."

BNPL will be around forever and always, at this point — it is definitely part of the shopping experience and it has distinct benefits. But it also has pain, and these pains are to be expected — like, without appropriate regulatory oversight, getting a reputation for luring people in over their heads on debt.

At the end of the day, BNPL isn’t going to radically alter the landscape of retailing. This is exactly like the trajectory of companies like Gilt. They happened to be at the right place and the right time for a huge spike in use, but ultimately it will fall back to something more realistic — a role, but not a critical one.

The BNPL bubble is already popping. The levels of debt being taken on are unsustainable and defaults will likely increase as the economy sours. Regulation will come because the industry’s argument that their products don’t represent real credit is plain silly. As a result of these pressures, the high valuations of firms like Klarna have already come crashing down to earth which makes it far more difficult for them to expand and raise funds. I am sure BNPL will survive in some form, but the heady days are over.

BNLP thrives when sales are up, and credit is plentiful. When the opposite conditions prevail, consumers’ creditworthiness goes down, which pushes repayment risks higher. However, retailers are happy to drive as many sales as possible while shifting risk to BNPL players.

I hope it doesn’t survive. As a society, we do not need extra encouragement to take on debt which can bite consumers later. Haven’t we learned anything from the 2008 housing debt crash? Or the current college debt crisis?

The retailers I talk to all speak very highly of BNPL, and clearly, consumers love this option as well. I suspect we are in for some market corrections/slowed growth soon as interest rates rise and regulatory challenges add some pain to the short-term lifecycle. However, BNPL is already a fixture in our shopping culture, and despite these headwinds, it isn’t going away, even though its “unicorn-adjacent” status will soon fade.

Many companies have created compelling BNPL. So persuasive that I believe it will drive purchases. But later, when the bills come, there may be a large roar from many consumers, and perhaps many defaults.

This is not new. An interest-free payment; it only appears to be interest-free. The cost/interest is built into the price. Like free shipping. Bottom line, it will help the consumer regardless of what we call it, how we pay for it, etc.

We have seen the rise of the BNPL operating model and its material impact as another payment option for digital-first consumers. Retailers are benefiting from this bubble with incremental sales across channels, mainly as customers deal with all the downstream macro-economic impacts of the inflationary period we are experiencing.

The BNPL model is far from a new one, and it’s only the method and scalability that have led to customers leveraging Klarna, Afterpay, Affirm, and others for all sorts of purchases that are outside their budget. Unfortunately, as we have seen, Klarna and their competitor’s growth trajectory has been impacted by customers defaulting on their loans and overextending their debt ceilings beyond their credit cards.

Ultimately, the BNPL model, while super convenient, is another form of consumer debt. Customers should spend responsibly with any debt or loan and not overextend beyond their means.

In a word … YES!!!!! It’s impossible to answer the second question with any reasonable degree of certitude at this point when one pandemic isn’t over and another may be beginning, and we are in the middle of a recession nobody wants to call a recession, and the Fed keeps raising interest rates to stave off inflation, and Germany has announced it will be cutting down ammonia production to conserve natural gas which — combined with an uncertain timeline for the war in the Ukraine and ongoing climate change could radically reduce the amount of available food and its cost, etc., etc.

Too many variables. If you are a glass half empty sort of person you might say people will be struggling to buy groceries and put gas in their cars and so the high-ticket consumer goods market may not want to be in the finance business, even assuming there is still demand for its products.

I won’t say BNPL is a scam, as it offers an actual service. But it takes little imagination to see that the there’s a real danger of the first two words — particularly the second — to be emphasized at the expense of the latter two, particularly the third. So it will do well when the economy is doing well, and falter when the economy does the same (when the bill comes due literally as well as figuratively).

If people want to spend their way into the poor house it is their business … at least until talk of a bailout for said debtors begins.

We’ll see a brief slow down because of the current economy, but BNPL is definitely here to stay. Millennials and Gen-Zers don’t want the credit card debt of the past and once we get out of the recession, BNPL will be a viable payment option.

Customers have embraced the “Buy Now, Pay Later model.” However, BNPL providers are in a precarious position as the number of defaulters may increase over time. Nonetheless, it is too early to predict whether or not the model will fail. Over time even if it does, new service providers will enter the market to seize the opportunity.

When talking about Apple, they are well-established. By offering “Buy Now Pay Later” loans they can clearly see an increased customer base. Even if there are some risks, Apple’s position will not be compromised.

BNPL will prevail. The providers also make money from merchant partnerships, and in such a cost-conscious environment retailers will want to add a BNPL solution. Mobile data shows that retailers who offer BNPL increased engagement by 20 percent in the first year and have higher overall engagement than retail apps that do not offer it.

Braintrust
"Retailers are happy to drive as many sales as possible while shifting risk to BNPL players."

"The BNPL bubble is already popping. The levels of debt being taken on are unsustainable and defaults will likely increase as the economy sours."

"I hope it doesn’t survive. As a society, we do not need extra encouragement to take on debt which can bite consumers later."