Will the return of sports bring a bonanza for retail? 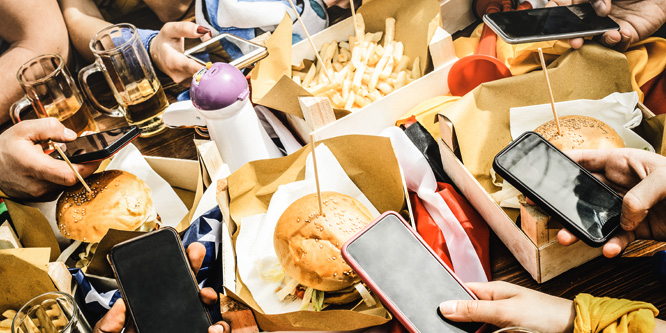 All of the major sports leagues will be resuming play over the next two months, promising to deliver a frenzy of action and intrigue.

Beyond the pent up demand for live sports, which are returning for the first time since mid-March, fan frenzy should build quickly as leagues are coming back with shortened seasons that will speedily ramp up to playoff runs.

The question of whether teams can avoid spikes in coronavirus cases that may derail comebacks, however, is causing concern. Leagues are taking extraordinary measures to keep players safe, including rules changes, playing games without fans and extensive safety protocols for players. The NBA in early July sent 22 teams to quarantine at Walt Disney World near Orlando with the two finalists required to stay in the “bubble” until the playoffs wrap up in early October.

For marketers, the absence of fans in the stands means more home viewing and a chance to revive TV’s sagging ad sales. Strong ratings seen for ESPN’s Michael Jordan documentary, “The Last Dance,” as well for the return of NASCAR races and the PGA Tour, provide some encouragement. Jeremy Carey, managing director of Optimum Sports, told Adweek, “Everything points to a consumer audience that’s just starving for competition.”

No tailgating in parking lots likewise means grocers will have a bigger opportunity to feed sports fans at home. According to the Genesco Sports’ survey, 76 percent of fans are interested in bringing the tailgate home.

“As we’re now more home-oriented, homegating will be on the rise, leading to more chips, soda, and beer being sold,” said John Tatum, CEO at Genesco Sports. “In my 30+ year career in sports, I’ve never seen a greater opportunity for brands to directly engage with fans where they live.”

DISCUSSION QUESTIONS: Do you see a huge marketing and merchandising opportunity for retailers with the return of live sports and where should retailers focus their energy? Do the unique circumstances lend themselves to creative approaches from retailers and brands?

Please practice The RetailWire Golden Rule when submitting your comments.
Braintrust
"With many people still unemployed or spending more cautiously due to the uncertainty of the economy, I don’t see this as a good sign for retailers and brands of sports merch."

"It took years for baseball to recover from the 1994 strike. That was just a blip compared to what we are going through now."

"It’s basically another boost for a grocery sector that’s already had a windfall (in sales terms) from the pandemic."

9 Comments on "Will the return of sports bring a bonanza for retail?"

It will take creative approaches to boost the sales of team sporting merchandise. The MLB season is shorter with probably no fans. It is still questionable if the NFL will actually complete the season or if they will have any fans in the stadiums. Viewing at home, and potentially at bars that allow it, will definitely decrease the interest in all professional sports games. Social distancing rules may also limit the degree of home tailgating. With many people still unemployed or spending more cautiously due to the uncertainty of the economy, I don’t see this as a good sign for retailers and brands of sports merchandise.

The return of sports can’t be anything other than good news for retail as it will ignite demand across a number of sporting-related categories. However, the idea that consumers will buy in the same way as they did before the pandemic is a non-starter. With very few fans physical attending games, sales of team apparel and other paraphernalia will be reduced. However, as more pivot to watching sports at home — and making an occasion out of it — sales of grocery items (wings, soda, beer, chips, pizza, etc.) will likely do well.

It’s basically another boost for a grocery sector that’s already had a windfall (in sales terms) from the pandemic.

The U.S. definitely misses professional sports, and will definitely have a hunger for parties and tailgating when games resume. No reason for retailers not to take advantage of that demand, like every year.

I think people will watch at home so the sales of snacks and BBQ themed products and beverages will increase with home viewing.

I did hear this morning that teams whose supporters want to be in the thrill of the game can send in their headshot to their team, and the team will blow up the headshot to the life-sized ones we see normally at sports games and place them in the seating areas for a price starting at $199+. Not a bad idea if you really want to be there but can’t….

While it is great that professional sports are starting up again, I don’t see a huge bump in business on sports-related merchandise — there could be a few diehard fans that dress up at home as they would normally do at a tailgate, but no different than the apparel category overall. This is going to be a challenging year.

I believe the first question to be asked is how many fans will really return.

We have talked about changes in behavior and habit many times on these discussions. Is this one of those areas?

Was sports a habit? Was it default entertainment? Was it something “I can’t live without”?

Now we have gone almost 4 months without it. Have we been through the “cold turkey” of the addiction? Have we replaced it with other entertainment? Have we discovered that there is life outside of watching sports?” Are we going to go back and try and and say, “This just doesn’t feel the same?”

It took years for baseball to recover from the 1994 strike. That was just a blip compared to what we are going through now.

Add to the above the current economic situation for those who are the buyers of sports associated products, the future does not look robust for sports related sales of any sort.

Sorry, I don’t share Tom’s enthusiasm: sports bars and restaurants — prime venues for viewing games — for the most part remain shut, although not strictly prohibited, congregating at home(s) in front of the screen is discouraged, and many are still laid off, or worse. “Like nothing we’ve seen before” is an apt prediction, but not in a good way.

Until the restrictions are lifted so fans can fill the seats, sports will do very poorly. Throw in the unrest with the players vs.owners, and you have a complete mess. The fans aren’t going to shell out big bucks this year, the TV ratings will suffer with the short season, and commercial money will be much lower than ever. My beloved Buckeyes are trimming their schedule. College football will struggle big time, as the crazy fans will not be allowed to participate like they once did. The whole thing is a huge bummer for fans. I’ll just spend more time with my new grandson, which is perfect.

Baseball is back! And there are many rabid fans out there who are missing sports, or are just desperate for entertainment options. Travel is postponed, theaters are closed, few new movies are being released, so this is an opportunity for retailers and other sponsors to develop creative promotions. Just one example — my local Tom Thumb offers a discount on your purchase when you wear a team jersey on game day. As long as sports can be safely played (and there are certainly no guarantees of that) there will be fans, even if viewing from home, and marketing opportunities for their partners.

Braintrust
"With many people still unemployed or spending more cautiously due to the uncertainty of the economy, I don’t see this as a good sign for retailers and brands of sports merch."

"It took years for baseball to recover from the 1994 strike. That was just a blip compared to what we are going through now."

"It’s basically another boost for a grocery sector that’s already had a windfall (in sales terms) from the pandemic."