Aldi wants to make organics affordable for everyone 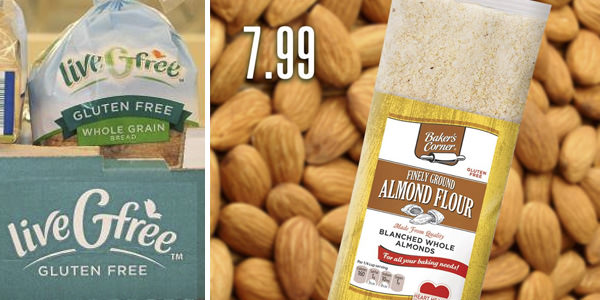 Aldi has made its name in the U.S. as a no-frills, low-price grocery store at the opposite end of the shopping spectrum from the high-end grocery trend. Unlike grocers such as Whole Foods that focus on an expansive selection and immersive customer experience, Aldi’s product selection is targeted at budget shoppers and its presentation is economical. But now Aldi is making moves into organic and natural groceries that may seem like a 180 from its longstanding reign as champion of the cheap and stripped-down.

Bloomberg reported that Aldi has recently added organic quinoa, coconut oil and other popular health food items and is testing products such as cage-free eggs and sriracha sauce in some locations.

According to Bloomberg, Aldi U.S. CEO Jason Hart is rolling out the changes in response to the shifting shopping landscape he sees in the U.S., as Americans’ concerns with ingredients and food quality grow. Aldi has a natural and organic line called SimplyNature and it is the grocer’s fastest-growing seller, perhaps giving credence to the idea that customers may shop Aldi based on price but are happy with something more like Trader Joe’s in terms of selection.

The company intends to maintain the low everyday prices it is known for, even as it ups the quality of its assortment.

Aldi seems committed to targeting the consumer that is both health- and budget-conscious. In a press release discussing their commercial push with Cash Cab’s Ben Bailey, the company cites a study which reads, "Sixty-one percent of U.S. adults said it was too difficult to eat healthy and organic on a budget, and nearly eight out of ten respondents said they would buy fresh, high quality and organic products if it wasn’t so expensive."

The appearance of higher-end items at Aldi could be cause for concern for some of the bigger names in natural grocery. The fact that a discounter is moving into the space may be a sign that high-end grocers known for their organic selections are losing their novelty.

An article in USA Today reports that Whole Foods as well as small organic competitors like Sprouts Fresh Market have taken hits to their stock this quarter. The article attributes this to the mainstreaming of organic food, with Kroger — a growing force in organics — being one of the top-performing grocery stocks today.

Does Aldi run the risk of driving away a segment of its customer base by moving towards organic and natural? Will the company be able to maintain its low-price image while offering products associated with high-end stores?

Please practice The RetailWire Golden Rule when submitting your comments.
Braintrust
"Aldi’s is a gigantic company that can use its buying power to sell anything it wants to. If they want to discount private label organics and disrupt the market there really is no one to stop them, as they already have the loyalty of the ultra-sensitive discount shoppers."

"Lower prices and organic do not have to be mutually exclusive, but there is often a tradeoff of quality at very discounted prices. What does "organic" and "natural" mean today? Consumers are much better informed and are now looking beyond the labels."

12 Comments on "Aldi wants to make organics affordable for everyone"

Aldi’s is a gigantic company that can use its buying power to sell anything it wants to. If they want to discount private label organics and disrupt the market there really is no one to stop them, as they already have the loyalty of the ultra-sensitive discount shoppers. They can do both very well by creating an organic section inside the store that potentially could stand out and, if they do, the sales will be very good. The one caveat is the quality and taste. They may sell it once, but if it isn’t top-notch food then sales will slump quickly, and I’m absolutely sure their executives already know this. It will cause others to react, and create even more pressure on the organic farming community to make product available at better deals, which could be a problem as organic farming is already stretched thin. Add the drought problem in and it could cause shortages. The very large companies hold all the cards and the small businesses that cater exclusively to organic and natural customers… Read more »
0
|
0
-   Share

Aldi just opened its first Miami store and a store visit (which I have written about in Forbes) didn’t reveal much organic anything, and a very odd location — basically in the middle of a Kmart parking lot, very far from either a grocery store or a Walmart.

I was completely unimpressed by the product selection, assortment, store layout and check-out experience. As far as I could tell, it was a dollar store with a bit more produce (and requirements to pay for bags, and only accept debit cards). None of this points to it being a significant threat to anyone. It seemed neither fish nor fowl.

This topic is an interesting mirror-image of the Target discussion today, given that chain’s increased focus on “wellness” in its food and non-food areas. There is no question that organics are a huge, growing mainstream business that most traditional grocers worked into their assortments a long time ago — not just responding to Whole Foods but especially to consumer demand.

So Aldi’s push into naturals is similar to the kind of commitment that Walmart is making — especially offering a value. There ought to be plenty of expertise on the Trader Joe’s side of the business to help execute this strategy effectively.

Low frills, low price and healthy eating do not have to be mutually exclusive. Aldi is on the right path with its move toward organic and natural. The organic/healthy products that they have begun to carry are the very products that I have now made basic in my food shopping basket, i.e. coconut oil, quinoa and free range eggs. (I’ll have to learn about sriracha sauce.)

Organic and natural may have slightly higher prices but do not necessarily have to be high end. If Aldi can use their model to keep prices low, they can be successful with this strategy. The appeal of organic and natural products is not just with people who can afford high-end prices.

Lower prices and organic do not have to be mutually exclusive, but there is often a tradeoff of quality at very discounted prices.

What does “organic” and “natural” mean today? Consumers are much better informed and are now looking beyond the labels.

At the end of the day price is important, but only one variable in the equation. Quality and taste become major factors in whether there are repeat purchases.

The only opinion that counts will be the consumer’s at the cash register.

While it is always difficult to talk out of both sides of your mouth, if Aldi can provide “Whole Foods-like” organic products it could be a win-win for the company and its customers.

I believe Aldi will continue to test new concepts particularly with the impending launch of Lidl in the U.S.

Really? Must the shoppers be conned by more retailers? Whole Foods did a good job starting the organic con job for outrageous margins. Then their was the gluten-free con — even though a super small portion of consumers have issues with gluten. Aldi will refine the quality of the organic offerings and cut the margin con job. To me it really doesn’t matter. Will you really live longer on this organic binge? NO. Drive-by shootings, burglaries and bad, bad drivers in cities like Miami are more of a risk than non-organics.

Why can’t we live in the ’70s, when Twinkies were healthy?!

Not at all, I think it is a bright move towards offering products that even low-end shoppers would like to buy, as well as enticing shoppers that buy organic and natural to try the Aldi low price experience. I see nothing to lose on this count.

Given the high cost of many natural and organic products, it would seem that there is some opportunity for a canny discounter to come into the market with lower priced items. Aldi is a well managed operation that has made itself one of the top three grocers by consumer preference along with Publix and Trader Joe’s according to a Market Force Information study. It should be able to make this initiative work for them. In addition, the chain has to prepare for the arrival of Lidl, and I couldn’t think of a better way to do that.

I’m an Aldi fan even though I don’t shop there weekly due to geography. I’ve found the basic products they sell are quality even though not brand name. The merchandise is displayed in a logical, easy to reach fashion, the prices are amazing, their assortments and stores are appealingly small and they’ve been ahead of the green curve by asking customers to bring our own shopping bags for a long time. Since I have other favored sources for them, the things I rarely buy at Aldi are fresh fruits and veggies. though. And other than bananas I never see a lot of those in other people’s orders at checkout, either. I am not sure the addition of a few organics will change that dynamic much. But I give Aldi credit for testing it out.

People really need to get over the idea that Aldi shoppers are all on the lower fringes of society and go there for price only. That is simply not the case.

Any supermarket seriously competing for market share needs to have some organics. Aldi is not going to become a natural foods store. They will just keep a minimal number of organic SKUs that are popular. So yes, they will keep their low price image. This is old news since Aldi has been selling organics for years. The threat to Whole Foods, Sprouts, and others is non existent.

Braintrust
"Aldi’s is a gigantic company that can use its buying power to sell anything it wants to. If they want to discount private label organics and disrupt the market there really is no one to stop them, as they already have the loyalty of the ultra-sensitive discount shoppers."

"Lower prices and organic do not have to be mutually exclusive, but there is often a tradeoff of quality at very discounted prices. What does "organic" and "natural" mean today? Consumers are much better informed and are now looking beyond the labels."