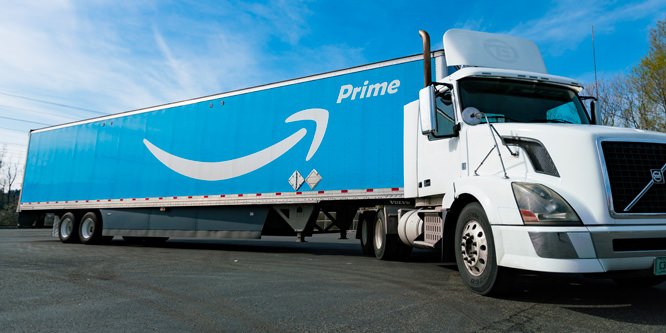 The Census Bureau pegs the number of households in the U.S. at just under 126 million with 2.53 members per household on average. Based on new research, one could assume a good many of those households now contain someone who is a member of Amazon Prime.

The e-tailing giant has grown the ranks of its Prime memberships to 90 million in the U.S., with 63 percent of all shoppers on Amazon belonging to the program, according to Consumer Intelligence Research Partners (CIRP). The number of memberships is critical to Amazon’s sales success as the average Prime program participant spends $1,300 per year, nearly twice the roughly $700 a year spent by non-members.

“Membership grew six percent in the most recent quarter, the same rate as in the June 2017 quarter, and better than the three percent in the year-ago September 2016 quarter,” said Josh Lowitz, partner and co-founder of CIRP, in a statement. “Over the past twelve months, Prime grew by 38 percent, the same growth rate as in the same twelve-month period the year before, from October 2015 to September 2016.”

While free two-day deliveries are generally mentioned as the most important element of Prime memberships, Amazon has added a number of perks including access to free videos on the site to build demand. Renewal rates among Prime members, according to CIRP, remains very high with 95 percent of those surveyed saying they would “definitely” or “probably” re-up at the end of their current subscriptions.

“The share of members that indicate they are likely to renew for another year has remained high for several quarters, always comfortably above 90 percent,” said Mike Levin, partner and co-founder of CIRP. “In fact, in some quarters, literally no customers in the sample indicated they would definitely not renew their Amazon Prime membership.”

Others, particularly Walmart, have tried to match fire with Amazon Prime. In January, the retailer announced it would offer free two-day shipping with no annual fee for orders with a minimum purchase of $35 (down from $50) on walmart.com. Amazon came back and lowered its minimum to $25.

DISCUSSION QUESTIONS: Do you see Prime as the most important ingredient in Amazon’s formula for grabbing up market share? At what point do you see membership saturation maxing out? How can other retailers engaged in e-commerce compete with Amazon’s Prime program?

"Prime is a significant driver in Amazon’s flywheel. The psychological lock-in effect of Prime has led Amazon to where it is today."

"Prime also raises consumer expectations for service levels via ecom that are unprofitable. That is damaging to the entire retail economy."

10 Comments on "Amazon’s Prime membership grows to 90 million in U.S."

Prime is a key driver in Amazon’s success, but at some point the program will hit saturation. But will that really matter? With Prime households spending almost twice as much on Amazon as non-Prime households, the company has significant revenue growth in its future. Amazon will dominate e-commerce, and influence all retail, for years to come.

Nothing in this update surprises me. Prime is a key ingredient to getting Amazon customers to feel connected. That connection is enough to get customers to be repeat customers who buy more. Amazon offers value in their music and streaming video programs — and more. Sure there will be a point where membership growth slows. At that point it will be about retention.

There are opportunities to compete online with Amazon. The biggest is to build your own loyal community. Work that customer base by giving value and amazing service. And be easy to do business with. That’s a start.

What most retailers completely miss about Amazon is that it’s all about their ecosystem. Prime is at the core of the ecosystem in both attracting and retaining customers. Where else can consumers go for the same shopping convenience, free shipping, free music and free cloud storage? Prime is more than a shopping portal or loyalty program … through Echo it permeates every aspect of a consumer’s home and lifestyle.

Prime is a primary ingredient of Amazon’s focus on the consumer. This is a retention strategy to maintain an ongoing value proposition with their customers. Walmart can wake up and start adding free two-day shipping but they are missing the point of Prime. Prime gives the Amazon customer so much more value like on-demand movies, music, books and other content. Let’s not forget that Prime members get free same-day delivery on more than 1 million items and access to lightning deals a half-hour before they become live. And what about Prime Now, which is available in certain markets that provide two-hour delivery on food and grocery? This will surely become larger as the Whole Foods integration happens. And a minor perk of cloud storage for images and discounts on Prime Family items. Prime is an all-encompassing value proposition that cannot be matched by any retailer today. To focus only on free two-day shipping is to miss the point of Prime. Walmart misses the point, Jet misses the point but the customer certainly does not miss… Read more »
2
|
0
-   Share

Prime is a significant driver in Amazon’s flywheel. The psychological lock-in effect of Prime has led Amazon to where it is today. Members want to make their membership worth it, so turn to Amazon first when shopping. That’s not the only element though: extreme product selection, fast delivery and customer service are just two other factors that drive loyalty to Amazon. It is still incredible to me how the Prime membership numbers continue to creep up, way past half of all U.S. households. Even after Amazon reaches technical saturation, they will start extending their flywheel reach elsewhere: international markets, currently underserved demographics (teens, elderly).

Amazon Prime is a transparent transaction. This means that we don’t think of it as a membership, we see it as a value-added service. Because it seems to be aimed at making purchases easier. It is brilliant branding by Amazon.

Although we may opine that Jeff Bezos wants 100 percent of U.S. households on Amazon Prime, realistically full saturation — and diminishing returns — will be around 90 percent of all shoppers being Prime members. Prime for Amazon is like Costco’s membership card but on super steroids. It’s a not just a business contract on expected goods and services for a fee, but has become a social contract that facilitates a variety of lifestyles. With a first-mover advantage, Amazon’s Prime has redefined the expectations one should have from a retailer and service provider. That outsized revenue pool is under attack and for Amazon to defend their advantage, they continue to add to Prime and to apply more intelligence to mine the vast data and customer profiles. Regardless of your size, retailers today need to dedicate resources to understanding data just as they have historically done to creating assortments and setting prices. Don’t compete head-on against Amazon’s core strengths. Identify what you excel at and build a strategy around those strengths but don’t underestimate the new… Read more »
5
|
0
-   Share

At some point in time, membership will reach a saturation point. However, that in no way should diminish the value of Prime. Prime is a classic continuity of purchase program that offers customer intimacy, transparency and convenience, unmatched by any other retailer today. Plus, the Prime platform will allow Amazon a terrific link to this dedicated group of consumers. New delivery options, new product categories, private label offerings, new services, e.g. Amazon Fresh, etc. will keep Prime top of mind for almost every American household. In addition, I see Amazon Prime aggressively pursuing the B2B market, whether it be office supplies or foodservice. Amazon Prime is nicely positioned to solve the needs of the millions of independent owners of businesses ranging from dry cleaners, mechanics, tax preparers to restaurants. As we have seen to-date, competing with Amazon on their turf is a daunting task. Even, the big guys, like Walmart struggle to get a significant foothold in this game. My advice to competitive retailers is to focus on what you can do to differentiate your… Read more »
1
|
0
-   Share

Prime is a central plank of Amazon’s growth and success. The genius of the scheme is that it is not simply a “free delivery” subscription, it provides a whole host of benefits which make it excellent value for money. This encourages uptake and renewal.

Once in the Prime ecosystem, members are more likely to buy from Amazon — which can also gather more information to personalize marketing and stimulate further buying.

Prime is obviously a great success in recruiting new people to the program and retaining loyalty. Since the other comments here are solidly positive, I’ll offer cautionary notes. The cautions are real — what’s not clear is how much of a problem they are and only time will tell. While Amazon investors have been willing to subsidize the cost of doing business via Prime they’ve created future problems. Amazon still fights the problem that ecom selling is very expensive — and Prime only makes it more expensive. When investors demand that Amazon deliver profit from retail-like sales, Prime will shift from opportunity to problem. Prime also raises consumer expectations for service levels via ecom that are unprofitable. That is damaging to the entire retail economy as well as to Amazon (at some point). I’m also skeptical of Amazon’s investment in additional Prime services. Amazon PR constantly hypes video. Yet the viewership numbers appear to be quite low — with Prime viewing below 5% of streaming compared with Netflix at 45%. It’s not that Prime is… Read more »
3
|
0
-   Share

"Prime is a significant driver in Amazon’s flywheel. The psychological lock-in effect of Prime has led Amazon to where it is today."

"Prime also raises consumer expectations for service levels via ecom that are unprofitable. That is damaging to the entire retail economy."