Can Gap beat fast fashion chains at their own game? 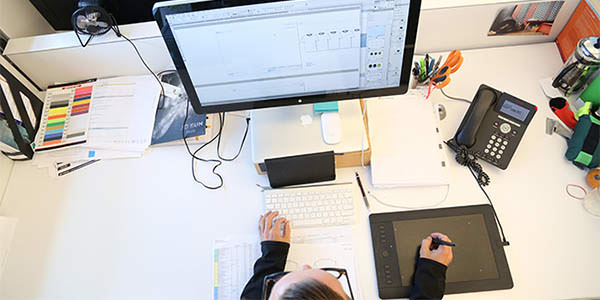 Gap is testing a new way of purchasing goods to see if it can first, keep pace and then eventually pass the fast fashion chains that have been leaving it with a face full of dust in recent years.

In the company’s earnings announcement for the second quarter it named "a new product operating model to increase speed, predictability and responsiveness" among the initiatives it was undertaking to improve performance.

On a call with analysts, CEO Art Peck pointed to the success of Old Navy, which places small initial orders of new items before deciding whether to increase or cut future purchases, as a model for Gap’s business going forward.

"They are continuing to build out their response to supply chain capabilities, platforming fabric, becoming faster and faster in responding to consumer needs," said Mr. Peck (via SeekingAlpha).

The Gap Inc. CEO also expressed optimism that Gap was making progress on the fashion front based on a recent trip to New York to review the chain’s spring line for women.

"I saw terrific progress in terms of re-centering on what the brand equities are. On fit, on quality, on feminine way, on optimism, they are hallmarks of what Gap brands is all about," said Mr. Peck. "I’m not going to stand up at the plate and call which fence we’re going to hit it over, that’s not who I am, but I am confident that Gap will make significant progress in spring and very pleased with what I’ve seen in the women’s assortment and the turnaround in the women’s assortment."

What do you see as the greatest challenges for the Gap brand going forward? Will moving to a faster fashion procurement model make the chain more competitive?

Please practice The RetailWire Golden Rule when submitting your comments.
Braintrust
"Getting faster is half the challenge, and yes it will help make the brand more competitive. But there’s another lever they’re going to have to pull. To be competitive with fast fashion, they’re also going to have to lower prices."

"You can speed it up, but it’s going to be very hard, if not impossible, to hit the Forever 21 speed to market. It’s the difference between open market buying of anything and vertical line production. Again, big change."

7 Comments on "Can Gap beat fast fashion chains at their own game?"

Getting faster is half the challenge, and yes it will help make the brand more competitive.

But there’s another lever they’re going to have to pull. To be competitive with fast fashion, they’re also going to have to lower prices. That’s the other reason Old Navy is doing better than the signature brand.

Still, to get fast, they’re going to have to near-source, or they’ll never get the products available for sale fast enough. This is a cause for rejoicing for me. I think the past few days have reinforced something I’ve felt for a long time — we are too dependent on China. Far too dependent. Let’s source in the Americas.

But there’s one fly in the ointment. I thought Gap was already using this sourcing model (initial from China and replenishment from closer at hand). Maybe they did and then stopped, but I could swear at least five years ago this was how they did things.

In fashion it really depends on the technology the Gap is going to harness. Tech plays a huge role in the fast fashion space. Their competitors all run on powerful platforms that open up a real-time view of the whole process of fashion — from concept to design to procurement to creation, distribution, sales, replenishment and measuring.

Gap has to have the right technology to get into this game. It is a fast, all-digital space that depends on speed and real-time decision making.

This step would make them much more competitive and failing at it would be a huge mess.

Gap’s products aren’t relevantly stylish. Their current omnichannel strategy is a failure and their prices are too high. Did I miss anything? Bringing products to market faster is not going to solve their problems.

I don’t think Gap has addressed the source of its problems. Trying to emulate Old Navy will get them nowhere. Old Navy has done remarkably well in an already saturated market. Unless Gap wants to lower its prices they will be unable to compete.

Shoppers love fast fashion, but they still want high-quality, well-fitting staples. As retailers continue to rush towards fast fashion the need for these items will only increase. Gap still has some brand identity that would work with this idea — I don’t see why they refuse to embrace it.

Gap is facing an existential crisis. Its merchandise looks the same from year to year, the price point is too high and there’s too much emphasis on unisex design.

Moving to adopt a fast fashion approach might actually provide a way out, by giving customers a stronger voice in what Gap carries. Let’s hope that they’re successful.

Here’s Forever 21’s buying process: several “scouts” scour the market every day for hot fashion around the world, sending samples from manufacturers (with available quantities) to LA HQ. Every Friday, the “buying” team (which I’ve heard many times comes down to one person) says yes or no and they buy the hottest of the samples in as much quantity as is available. That quantity gets shipped to the stores. Two weeks. Zara is the same as Forever 21, only they own the factories and they’re right next door. 3 weeks or less. And they can go faster; again, they own the factories. Gap’s vertical process: A collection/look is approved. Samples are created, then built to spec, specs go to factory in Asia/SA, samples fly back and forth, samples get approved, the “collection” is approved, it’s then manufactured and shipped by boat (sometimes air) to a warehouse, then to stores. Months? It’ll be interesting to see how Gap will change that process, or IF they can change that process. You can speed it up, but it’s… Read more »
0
|
0
-   Share

Out of stocks will be one of the biggest challenges for Gap. Small “test” orders, as part of a fast fashion model, also court increased out of stocks, which result in lost customers, both short and long term.

"You can speed it up, but it’s going to be very hard, if not impossible, to hit the Forever 21 speed to market. It’s the difference between open market buying of anything and vertical line production. Again, big change."