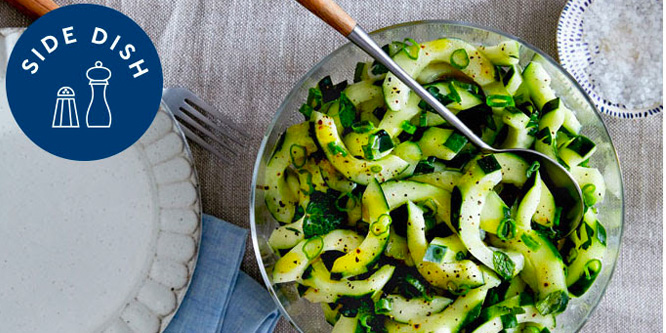 With the demise of Chef’d underscoring the troubled meal kit subscription space, Blue Apron’s best chance to stabilize may be through offering on-demand meals such as in its partnership with Costco, and potentially with other retailers and via online channels. That’s according to Edward Yruma at KeyBanc Capital Markets.

While still carrying a “sector weight” rating on the stock “as we await further signs of stability,” the analyst wrote, Blue Apron’s “model is shifting with necessary urgency, and liquidity seems sufficient.”

The note from Mr. Yruma sent to RetailWire arrived after the meal kit pioneer’s stock tumbled in response to posting a wider loss in its second quarter. The company slashed its third-quarter guidance as it reported a drop in revenue of 25 percent during the period amid plunging customer retention.

Mr. Yruma agreed that, even with enhanced marketing efforts, reviving subscription revenues would be challenging given “saturation, and some degree of fatigue.” Retailers and restaurants like Chick-fil-A have joined scores of start-ups in the meal kit space. But Mr. Yruma wrote that the move to “more flexible” on-demand offerings taps a more “addressable market.”

On a conference call with analysts, Blue Apron announced it would soon be testing same-day, on-demand meal kit delivery on its own e-commerce platform using third-party delivery partners on the East and West Coast. Blue Apron has also expanded its partnership to sell meal kits inside Costco from 17 to 80 locations, and the company is in discussions with other retailers.

CEO Brad Dickerson said many subscribers who have left Blue Apron didn’t have a problem with the company or its product offering, but the delivery timing didn’t fit their lifestyles. He said, “Many, many customers like to make that choice closer to the occasions.”

Mr. Dickerson further noted that the new multi-channel strategies will be a “complement to our existing business,” and Blue Apron will have to provide “differentiated customer experiences” across channels.

With Walmart and Kroger among those coming out with meal kits, Blue Apron will have to convince retailers that its investments in fulfillment, expanded meal offerings and partnerships with social media influencers, Airbnb, “Bob’s Burgers” and others are a step above in-house offerings.

DISCUSSION QUESTIONS: Do you see a big opportunity for Blue Apron to turn its business around with on-demand offerings? Is the potential bigger through retail partnerships or direct-to-consumer e-commerce?

Please practice The RetailWire Golden Rule when submitting your comments.
Braintrust
"If they are listening to their customers, and that’s what their customers want, then I would say that makes sense. "

"With a little more flexibility, families with kids are a huge market opportunity."

"Supermarkets don’t need to pay a middleman for something they can do capably by themselves. Predictable, from the very start."

Well, if they are listening to their customers, and that’s what their customers want, then I would say that makes sense. I’m not a big meal kit person (with a family of five and some picky eaters in there, I’ve found we don’t “fit” the kits), but I’ve definitely seen the benefit of my local grocery store offering kits for “I don’t want to eat out but I don’t want the burden of creating a meal from scratch.” If Blue Apron can make the logistics work — profitably — to capture that need, then more power to them. But that said, I think there are other opportunities that offer more in terms of connecting to consumers as well as operating profitably — serving as a resource for creating and delivering kits to local grocery stores in a partnership seems a heck of a lot easier than delivering last-minute kits to individual consumers. Blue Apron has also experimented with a store, and I thought they got that concept all wrong – they should be looking at… Read more »
3
|
0
-   Share

A number of us have never thought that meal kits were sustainable or were likely to be a big business. On-demand offerings in Costco are not going to do it. Where’s the last place you’re likely to stop on your way home? I’m betting on a warehouse store.

It is a poor business model to begin with. It sounded great to the user until fatigue set in. The best thing it did was teach people how easy it was to prepare a nice meal so that one didn’t need the kit. There is no way this is a turnaround.

Blue Apron and others in this arena are struggling for a couple of reasons. For one, the cost of the product is too high unless they keep giving you $40 discounts with free delivery every time, and people of my generation generally know how to cook and prefer picking out what they want at the store, with significant savings in their pocket.

High income couples may have tried this, but the return business hasn’t happened in numbers that are sustainable for success in the long run. My son tried one with his friends and said it is nowhere near enough food for hungry adults, and again wasn’t worth the money spent. Many consumers want value and when the original great deals stopped, so did the repeat business.

We’re seeing the effects of the oversaturation of the subscription everything market.

I suspect this is just the beginning of the turn, and the companies that actively work on diversifying their business model will end up ahead.

We ended up with a subscription service for everything under the sun because investors really like the words “recurring revenue.” The problem is there has to be a market to support the model — do people really need new sandals/slow cookers/pet clothing delivered fresh to their door every month?

Blue Apron’s market is well-suited for a subscription model, but regardless — there will some customers that follow the ideal (i.e. regular recurring) pattern, but there’s a whole bunch that won’t. Winning is figuring out how to get wallet share from customers that aren’t following the ideal without cannibalizing those that are.

Blue Apron has more competition than when they first started. On-demand is a great concept, yet is it a cost-efficient concept. It needs to be for both Blue Apron and for the customer.

Supermarkets don’t need to pay a middleman for something they can do capably by themselves. Predictable, from the very start.

On-demand offerings at scale seem very unlikely considering meal kits for many consumers are high-end products with time-sensitive perishable contents. Many people, depending on their mood, do not know what they want for dinner until just before dinner! Retail partnerships seem like a more viable path if there truly is a place for meal kits in the marketplace over time. There is a thin line between frozen meals with a long shelf life and heavily packaged meal kits. Both are processed, containing food in non-recyclable pouches. Are packaged meal kits really “fresh”? Are today’s meal kits the frozen food category of the future? Looks like the verdict will be leveled soon.

Commenting as a working (often traveling) mother, primary HH grocery shopper and cook. If I don’t meal plan and prepare (or instruct) my family walks around dazed and confused wondering what they’re going to eat. To complicate matters further, there could be anywhere between two and nine for dinner — depending on who is home on each night. Plus we live out in the country — my ONLY order-in/take-out option is Hungry Howie’s pizza. The subscriptions never worked for me because my meal plan needs change every week — an inflexible number of meals and delivery options made my one trial very short lived. That said, if I could order with one day or even two days’ notice and still have the convenience of home delivery, that would work. It would be better than take-out or delivery even if I have to plan it two or three days in advance. Given more than 70 percent of HHs with kids have either single working or dual working parents, I doubt I am alone. With a little… Read more »
2
|
0
-   Share

I find the poll question baffling, as it seems to imply subscription vs. “on-demand” is an “either or.” That would be true, I guess, if Blue Apron were to partner with retailers who demanded some kind of exclusive relationship, and in that case I would advise against entering into such, but I would like to see this as channel broadening rather than substitution.

But regardless of the specifics, however wide the Amazon channel may become, I’m just not overwhelmed by the whole concept. And even if it can work as a niche product, I would be worried that the field has become too crowded.

Having watched Chef’d’s demise through an executive there, it seems to me that Chef’d and Blue Apron did the hard work of determining what works and what doesn’t in the meal kit space, and now the big grocery players, e.g. Kroger, can come in and establish the service in the ways the customer wants, and make money too. Once the big grocers have an offering in each major market, and the quality and the variety meet consumer needs, I see no reason for large scale independent players to exist.

"With a little more flexibility, families with kids are a huge market opportunity."

"Supermarkets don’t need to pay a middleman for something they can do capably by themselves. Predictable, from the very start."