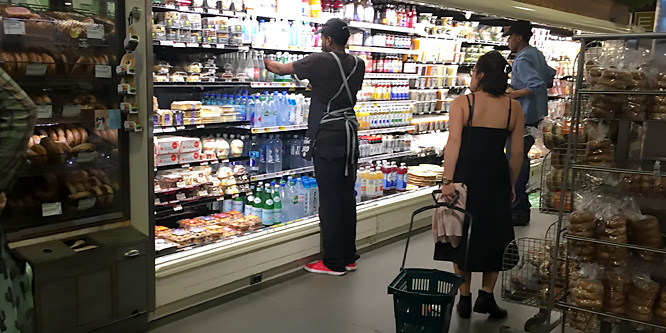 Many are anxious about the rate of technological change and the impact that automation could have on jobs and the economy, but some demographic groups may stand to suffer more than others. A recent study posits that African Americans will experience a disproportionate negative impact in the coming wave of automation.

African Americans, especially men, tend to be represented in job roles that are threatened by automation at a rate greater than other demographic groups, according to a study reported on Axios. They experience a higher unemployment rate as well, double that of white workers. There is also a geographical element to the concern, with African Americans living largely in portions of the country which are predicted to experience slow economic growth. By 2030, these factors may combine to lead to the loss of hundreds of thousands of jobs held by African Americans, widening the racial wealth gap and stifling overall economic growth.

A study from 2015 discussed on Demos indicates that retail is the industry employing the second highest number of African Americans in the country. Those retail employees already suffer disproportionate economic hardship with a greater likelihood of falling into the working poor category.

Further, retail is one of the industries most prone to disruption by automation. Customer-facing positions like cashiers already run the risk of being replaced with touchscreens, but innovations such as automated vehicles threaten the jobs of truck drivers as well. Robots that can move through warehouses and stores likewise stand to threaten janitorial, shelf-stocking and inventory-related jobs.

Even white collar/office jobs stand to be severely impacted by AI. A Financial Times article asserted that “knowledge work” could be swept away by technology faster than anything else, though some experts insist that this claim is overstated.

Concerns about the advent of AI have grown to prompt study at the government level. In 2016 the White House issued a report indicating that millions of jobs could be affected by AI, with citizens experiencing significant economic hardship if no plan is put into place to account for mass job loss and restructuring.

DISCUSSION QUESTIONS: What might the retail industry to do to brace for technological disruption and, specifically, the potential threat to African American workers’ jobs? Should employers take action now, or is the problem too far in the future to be of immediate concern?

Please practice The RetailWire Golden Rule when submitting your comments.
Braintrust
"Employers should take action now and that action is education. "

"There’s plenty to be worried about here, but I doubt that retail will be affected in the near term."

"What we do need is a well thought-out program that can train workers for services that will still be required..."

Sad but true, but I don’t see businesses doing much to address the issue of how technology will impact the workforce. Why? Because it’s all about money, and much of the technology being developed is to replace humans with AI. It will become someone else’s problem when we once again lose jobs. However, our country went through this phase many times when machines replaced factory workers; machines replaced farmhands, and voice mail replaced phone operators. Unfortunately, people will feel the impact. Some of the employees who will lose their job will learn other trades and find work while many will not. What we do need is a well thought-out program that can train workers for services that will still be required, and that is something we need sooner than later. There are some programs out there funded by the government, but they are very limited in what they offer and who can qualify. If we use our heads, we can look forward to a future where a population that is still able to work, supported… Read more »
3
|
0
-   Share

And let’s not forget about the jobs that will be created. Jobs to maintain said technology, install it, test it, stay on top of new developments, etc. All can be learned and executed without extra degrees. A great way for young people to get into a trade or help pay bills before they graduate. Just like many store-level jobs are today. Always evolving. For my 2 cents.

There’s plenty to be worried about here, but I doubt that retail will be affected in the near term. It’s not practical now to have machines hanging clothes on racks, or wrapping gifts, greeting customers, or handing over burgers and fries.

We need to have a national conversation, though, about self-driving vehicles. They’re going to be all over the roads, and we’re not ready.

Employers should take action now and that action is education. Education is two-fold: First education in regards to the changes that are coming and second, education to build additional and complimentary skill sets. This is also an opportunity for retailers to invest in trade education programs that develop a workforce who is equipped to meet their automation needs. Machines will always need to be modified and maintained. There will be a worker shortage in this area.

There is a larger problem here. Matthew notes that, “African Americans, especially men, tend to be represented in job roles that are threatened by automation at a rate greater than other demographic groups.” That’s a socially acceptable way of describing the real problem. Put another way, African Americans, especially men, are often excluded from, and under-represented in, jobs offering more security against certain kinds of technological disruption, i.e., “white” collar professional jobs; jobs in the fields of technology, research, and science; unionized jobs; etc. This is a much broader social issue and one that threatens all workers of color, women, and other under-represented demographic cohorts. And yes, AI has the potential to idle millions of workers. But the answer to that challenge is not for retailers to resist the competitive advantages and efficiencies offered through technology, rather it is to make sure that ALL people are represented in the kinds of jobs these new technologies will create and that workers who fall into areas we have traditionally described as “blue collar” work receive wages and… Read more »
3
|
-3
-   Share

If the retail industry is going to become concerned about (technological) disruption — has it ever been before? — then I think it should be concerned about all people equally. I can’t imagine a concern that targets one group more than another ever being successful … OTC, I think it would exacerbate problems.

Braintrust
"Employers should take action now and that action is education. "

"There’s plenty to be worried about here, but I doubt that retail will be affected in the near term."

"What we do need is a well thought-out program that can train workers for services that will still be required..."