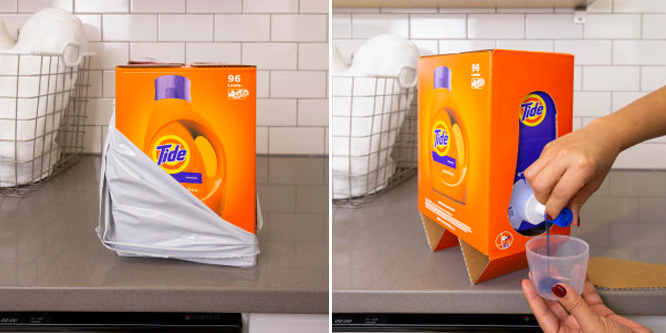 In keeping with the society-wide movement toward environmental sustainability, consumers are demanding less packaging. A new study indicates, however, that this trend won’t translate into less spending on packaging in the coming year.

Of 250 CPG brand owners polled, 75 percent reported that they plan on spending more on packaging over the next year, according to a study conducted by L.E.K. Consulting. These numbers demonstrate a notable increase from 65 percent in 2018 and 40 percent in 2017.

While 85 percent of respondents said that they had been working toward changing packaging materials to make them more recyclable, there were other significant trends in the packaging landscape discussed in the study which all require investment in innovation. CPG companies have made moves into easier-to-open packaging (57 percent), single-serve packaging (51 percent) and packaging with different formats, printing and textures to match the new, premium products that they contain.

The general public has become more aware of the problems of excessive packaging in recent years for a numerous reasons, one being the tremendous volume of boxes and packaging waste generated by shopping via e-commerce.

Amazon.com, in an attempt to curtail some of this, has instituted rules for its sellers requiring streamlined packaging and is imposing punishment in the form of fines for those who fail to use it, reports Mashable. These restrictions are not solely for reasons of sustainability, though, as bulky packaging from vendors also leads to additional shipping weight for Amazon if it is holding the inventory, driving up costs for the e-tail giant.

At least one startup has even attempted to close the gap by creating reusable versions of packaging for major CPG brands that can be left on the front porch and picked up for re-use. Loop, a “circular” e-commerce platform created by startup TerraCycle, entered into partnerships with Walmart and Kroger earlier this year for pilots in four cities.

CPG companies are in some instances pioneering different versions of packaging for products sold direct-to-consumer. Proctor & Gamble, for example, released a lighter, sturdier box of Tide specifically to be purchased and delivered from Amazon.com.

DISCUSSION QUESTIONS: What trends in CPG do you think are most responsible for driving the projected higher packaging costs? What sort of packaging innovation should CPG brands concentrate on, and how can they make the most out of their increased investment?

Please practice The RetailWire Golden Rule when submitting your comments.
Braintrust
"In my opinion, nothing matters more than sustainability. "

"Reusable, smaller and biodegradable packaging are all good strategies. It is time for all CPG brands and all manufacturers to take responsibility and do the right thing."

"In the real world of the consumer, sustainability is nice, however “convenience is king.”"

16 Comments on "CPG companies spending more to use less packaging"

Most packaging is a balance between style, functionality and cost, with materials like plastic allowing for relatively cheap production. The balance is now shifting to placing more emphasis on functionality – especially for items ordered online and delivered – while at the same time sustainability has become more of a concern. That has shifted the equation and pushed up costs. Maybe costs will even out over time as volumes increase or new technologies come into play; but given that consumers have different requirements, it’s important that CPG companies reflect this in their packaging and make the necessary investments.

Sustainability is still at the forefront as retailers and brands realize they can no longer phone it in or sit it out based on cost. Sustainability’s second act will dig deeper into the supply chain, with packaging taking center stage. It does seem like a contradiction for Amazon to take a punitive stance with sellers when its very existence necessitates boxes upon boxes being created and shipped here and yon, some with one item enclosed. Also at odds with sustainability is the move toward smaller-sized packaging geared to urban markets. This would seem to be a great place to start for circular recycling programs.

In my opinion, nothing matters more than sustainability. Consumers, manufacturers and retailers may all have to bear more costs in the short run, but the long term costs of all that packaging are far greater. In time, market forces will incentivize and reward more creative solutions like Loop. I just hope it happens soon…

For many categories, product packaging has cost more than the product inside for decades. In the real world of the consumer, sustainability is nice, however “convenience is king.” The most blatant example I’ve seen is the battery-powered spray bottles for numerous products that you simply throw away when empty, even though the batteries are still functional. As long as consumers demand convenience, packaging costs will continue to outpace product costs.

This is a serious issue — and in my household we’ve become keenly aware of the overwhelming amount of plastic we receive. (My wife has a piece of art touring the West Coast made from fabric she created with single use plastic bags.)

What makes any change exceptionally hard are the trade-offs and continued consumer habits.

Single serving packaging? One of the worst offenders. Yet if I buy a 12-pack of single-serve hummus, we eat all the hummus. If I buy a single 12-ounce container, we typically eat only half.

That said, CPG should focus on the places where convenience for the consumer comes together with minimal packaging OR highly recyclable packaging. Those packages exist but are hard to find.

Re-usable? It will take a few decades to build habit and infrastructure to take this route — it’s not a short term success.

Great point on the single serving impact, Doug. There certainly is a balancing act between packaging waste and food waste, which IMO is not talked about enough.

Sustainability is, of course, the major trend.

As to cost, there are lots of other elements driving the price increase from R&D on material strength, efficacy, and other properties to design costs, and marketing and advertising spend. And then there are added regulatory compliance costs as well.

As to what companies should be investing in, the answer is always the same; what the consumer marker demands. It’s not a question of ROI. It’s the cost of doing business with the new consumer.

Making functionality and/or environmental concerns a higher priority than, or as important as, low cost will increase packaging costs. Lowering the impact on the environment and providing greater functionality are both desirable traits to consumers. Why are retailers having to impose fines to make this happen?

There is no doubt the consumer is expecting (even demanding) that CPGs catch up to creating sustainable packaging. For the environmentally aware consumer, they want the packaging to be just as environmentally friendly as the product in the package. The demands of the consumer and Amazon to reduce packaging will create a dilemma at the shelf — more space. CPGs have prided themselves for decades on using packaging to maintain their shelf space. Reduce your packaging, more space opens up. It will be interesting to see what retailers do over time. Carry more items? Reduce shelf sets? Reduced packaging will actually help retailers that are downsizing their stores to carry greater variety in a smaller space for their shoppers. The disturbing trend for me, pointed out by Matthew Stern in his opening comments, is that 51 percent of polled CPGs are doing more with single-serve packaging. This in most cases creates more packaging not less. Yes it is convenient (like single serve coffee pods) but it a huge increase in the amount of packaging. More… Read more »
1
|
0
-   Share

CPG companies must balance the functional needs for their packaging, its attractiveness on the shelf, and its impact on the environment. There has been a very large shift in the weight of each of these over time. Today a much heavier focus is on sustainability.

The issue they face today is how to do that at a cost that does not exceed what the consumer is willing to pay. Recyclable is likely to win over reusable for all the reasons that have been pointed out in RetailWire.

For the lightweight printed products my company produces, Amazon’s packaging requirements in some cases would force us to ADD extra corrugate and labor – more than doubling the cost of those items. From here it looks more like a labor-reduction and inventory-consolidation move; housing specialized/lower-turn stock at a reduced number of distribution centers which will net out in more small-package shipments and more fuel burned. I’m not seeing the “sustainability” here.

The elimination of non-recyclable/non-biodegradable packaging should be a top priority! The impact of plastics and other non-biodegradable garbage is a huge problem. The Great Pacific Garbage Patch, a collection of plastic, floating trash halfway between Hawaii and California, has grown to more than 600,000 square miles, a study found. That’s twice the size of Texas.

Reusable, smaller and biodegradable packaging are all good strategies. It is time for all CPG brands and all manufacturers to take responsibility and do the right thing.

Responding to consumer wants and needs is always a smart strategy. Although, it’s important to understand those needs fully and the tradeoffs consumers are willing to make around things like sustainability vs. price. Great packaging speaks for itself, but it’s even more powerful when yielded by a culture that’s authentically committed to doing good.

Seems to me that the bottom line is sales and profitability. If consumers’ demand for sustainable and convenient packaging creates a market opportunity, then smart CPG firms will invest to innovate in the packing space to drive share growth and expected returns. Double bonus if the innovation results in lower packaging costs over time to also enhance profitability.

This is one of the topics in new book due out next year. In the Twentieth Century, packaging was designed to scream from the supermarket shelf — SEE ME! In 2019, 80% of weekly purchases for consumers over the age of 35 are replacement products. Packaging for those customers can be about recycled and re-purposed material. Recognize also that our kitchens, bathrooms, and laundry spaces are very different than they were in 1960. Why can’t P&G offer custom blends of Tide based on the water sample you send them? A subscription sale that comes in biodegradable bag that fits into a washable container P&G sends you with your first subscription order. Think of it: soap, coffee, milk, pasta, mustard, juice — it all fits.

Braintrust
"In my opinion, nothing matters more than sustainability. "

"Reusable, smaller and biodegradable packaging are all good strategies. It is time for all CPG brands and all manufacturers to take responsibility and do the right thing."

"In the real world of the consumer, sustainability is nice, however “convenience is king.”"