Do Millennials goof off too much on the job? 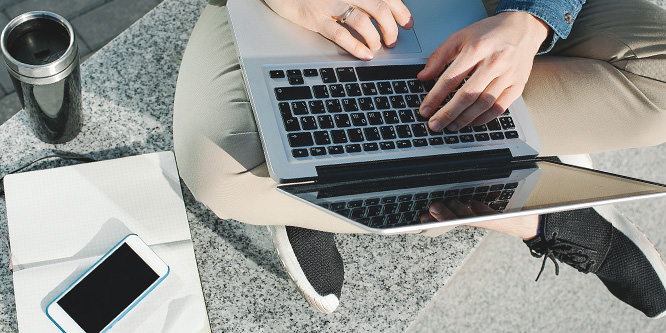 A lot of employers in the Lone Star State are unhappy with new U.S. Department of Labor regulations that will require businesses to pay overtime to salaried employees who earn $47,476 a year or less if they work past 40-hours in a given week. It turns out that much of the unhappiness is tied to employees — specifically, Millennials — who spend hours engaged in all kinds of activities that have nothing to do with their jobs, even though they are being paid to work.

The Dallas Federal Reserve, which recently released its monthly outlook survey for manufacturing in the state, included anecdotes directly related to the issue.

A Bloomberg article, which cited George Pearkes, macro strategist, Bespoke Investment Group, as its source, offered several quotes from employers including the following: “We have a serious productivity problem with office workers and estimated that less than 50 percent of their time is spent on value-creating business activities. The younger workers are often off task, engaged on social media, on the internet, texting on phones and other unproductive activities.”

DISCUSSION QUESTIONS: Do you agree with the observation that Millennials spend less than 50 percent of their time on the job engaged in activities that create no value for their employers? If yes, is this the fault of the employees or employers? What must employers do to increase worker productivity without engaging in micromanagement and other onerous practices?

Please practice The RetailWire Golden Rule when submitting your comments.
Braintrust
"The Millennials that I work with work hard. "

"It’s a mistake to judge someone’s productivity hour by hour — the metric needs to be sustainable output over at least a week."

"Oh, come on. If you have employees who are goofing off on the job, your response isn’t to complain — just fire them."

11 Comments on "Do Millennials goof off too much on the job?"

Our Millennials want to work hard — they know our goals and want to win.

Oh, come on. If you have employees who are goofing off on the job, your response isn’t to complain — just fire them. Looking at Gawker or Pinterest isn’t any different than reading the paper or putting on nail polish … if they can’t focus long enough to be productive, they’ve got to go — and new overtime rules have nothing to do with this.

I actually don’t think this is limited to Millennials. People of all ages are constantly distracted by phone alerts for social media, texting, promotional emails, etc. Boomers may seem to be “lucky” that they weren’t raised with these distractions, however Boomers definitely have the same challenges with staying focused on work. Ensuring that employees have daily work assignments with short-term, tangible goals that have deadlines, is a way to keep people focused on their work. If there is too much uncertainty in project deadlines without defined daily milestones, peoples’ attention will wander.

I’m sure if we measured the goof-off time we would be amazed. When I started out about 35 years ago it took nearly three to four times as long to prepare a site location project as it does today. By the late 1990s, I alone was working part-time and had replaced a full-time staff of three.

With the extra time you have a choice. Goof off or come up with new job responsibilities. I chose to start my own in-house consulting business that we provided services to competitors. Or I could have just goofed off because no one above me had any idea how long it was supposed to take to do a job and exactly what went into it.

Wasted time is both the fault of employers for not knowing how to keep workers busy and the employee for not creating new job responsibilities to make them more valuable. Another way to keep busy is to go to every possible industry conference for more education and networking.

Regardless of the generation there have always been people who goof off at work. The difference may be what they do while goofing off.

One of the differences is that all of us are living in a world with distractions that didn’t exist not that long ago. Making it worse yet is that we live in a world of instant response. Texts, or if you are a little older emails, that have to be replied to NOW. It is a soundbite world gone wild.

I agree that it is management’s job to set the example and teach what is expected. However, if the individual(s) don’t modify their behavior then I am with Cathy – let them be successful elsewhere or in this case let them fail somewhere else.

I am with Cathy. Don’t complain, fire them. I am with several of my other colleagues, “goof-off” is in no way related to Millennials alone. U.S. workers have long put in more hours per capita than any other workers in the world, but they don’t lead the world in output per capita per hour. Could the difference be “goof off” time? Or maybe, as the generations change, we are judging “goof-off” time differently. It is OK to goof-off at the water cooler, but not on your social media?

Or how about instead of looking at the hours, we look at the accomplishment? I am all for, “If you get the job done., take the rest of the day off.”

I’d say goofing off isn’t limited to any specific age group. What office doesn’t have a football pool? Well mine doesn’t have a football pool. I work for an art museum, so we are a little different here, but certainly there are other distractions. The key thing is having standards and enforcing them. The new overtime rule may help incentivize productivity though for those whose jobs are more task-oriented than customer service driven. I’m sure most that are moved to hourly will not be allowed to have over time and will need to figure out how to get their jobs done in 40 hours a week.

In most tasks productivity is a lot more complicated than hours spent grinding. In fact, taking a break allows the subconcious to work in peace for a bit — and suddenly the answer hits you in the shower, or wherever you are. Strong days are often followed by weak days where we’re recovering from the efforts of the day before. It’s a mistake to judge someone’s productivity hour by hour — the metric needs to be sustainable output over at least a week.

Oh please … is this really a new complaint? Of course not. Neither is the answer as to whose fault it is if it occurs. Yes, I’m looking at you Mr./Ms. Employer.

Lack of focus on performing meaningful job activities by employees is a symptom of poor management. So don’t blame the Millennials, blame the managers. There are a lot of talented people out there, many in the Millennials classification, looking for good jobs.

Good managers hire superior candidates — and that requires more involvement in the hiring process. Time spent up front bringing in the right people will pay big dividends for years to come.

I might wish for us to consider some of the observations I see every day. Millennials are lost in low paying mindless jobs with little or no advancement opportunities. Today there are tens of thousands earned college degree employees pushing carts and restocking shelves simply because that is what is available to them.

One of the most compelling reasons for accepting jobs that they are grossly overqualified for, aside from survival, is the need to pay down education loans. As for their production and the amount of downtime they face, this may just be due to the fact that they can figure out how to do a five minute job in a matter of seconds. What we may be seeing here is high performance frustration and boredom. As always, theoretical conclusions are much less about what you are looking at and far more about how and why you are looking at it.

Braintrust
"The Millennials that I work with work hard. "

"It’s a mistake to judge someone’s productivity hour by hour — the metric needs to be sustainable output over at least a week."

"Oh, come on. If you have employees who are goofing off on the job, your response isn’t to complain — just fire them."