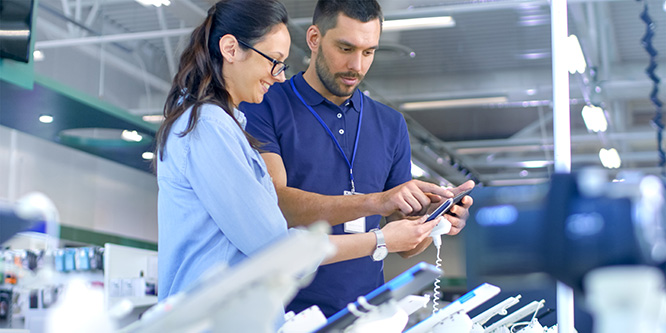 A new university study concluded that the use of free sampling often comes up short as a marketing tool because many campaigns are aimed at bringing new customers to a brand’s products rather than enticing existing customers to spend more.

According to an article penned in the Harvard Business Review, the researchers, largely from Singapore’s Nanyang Technological University, conducted a study with a major mobile phone operator offering a trial of 60MB free mobile data — about an hour of low-resolution video streaming through the web. The study surprisingly found that low mobile usage customers were largely unresponsive to the trial offer while those familiar with using a lot of data took advantage of the offer, but their data usage didn’t change during the trial period.

The sweet spot was found to be a medium to high amount of data users who were most likely to redeem the offer and also increase their data usage after the campaign.

The researchers concluded that for “experience” goods — for example, a holiday destination, a movie or new software, where value is only discovered after consumption — free trial campaigns should deliberately target existing customers of medium to high usage.

Another finding from the study was that peer effect matters. When the target audience was given the option to forward the free trial to peers (who were also existing customers), the acquaintances were 50 percent more likely to redeem the offer. Researchers wrote, “The sharer was also more likely to take up the offer, probably due to the positive reinforcement through their action of sharing.”

A study from 2017 from researchers at Brigham Young University and the University of Wisconsin-Madison exploring snack product categories found long-term impacts from in-store sampling. In-store sampling effects linger for many weeks, the study found, versus two weeks for simple end-of-aisle displays.

Other findings from the 2017 study:

DISCUSSION QUESTIONS: Do you think the benefits of free sampling extend long enough beyond trial to make the cost worthwhile? Where do you see retailers falling short in not optimizing sampling?

Please practice The RetailWire Golden Rule when submitting your comments.
Braintrust
"It’s a trial-generating device, not for driving incremental purchase. It’s not meant to drive loyalty."

"The study claims that free samples aim to attract new customers rather than entice existing customers to spend more. So what?"

"What retailers often overlook is that free samples can be a great way to collect feedback on new products or lines."

Without having any research to cite, my sense is that the impact of free sampling depends on the kind of product involved. Clearly Costco understands that sampling throughout its stores drives sales of the products being promoted, often on the same visit. Department stores have sampled cosmetics and fragrances for many years, on the chance that the customer will return when he/she is ready to buy a full-sized bottle.

Intangibles (like the data plan example) may not benefit from the same kind of immediacy, but streaming services have clearly figured out that a week’s worth of “free trial” is likely to boost the subscriber base in the long run. The model applies at least to some “experiential” businesses after all.

Sampling is great for generating trial with products that are unfamiliar to people or have a particular attribute. I remember chicken-apple sausage being sampled because who would try them otherwise. It’s a trial-generating device, not for driving incremental purchase. It’s not meant to drive loyalty – that’s asking the wrong question.

The content of this post does not match the headline. Free data is hardly free sampling. Food sampling will always work. Nike and others have found free workout gear at hotels effective. Free data? Apples to oranges.

This reminds me of my college kids’ favorite local grocery store. They were loyal shoppers — on Wednesday only. That was “sample day.” They and all their friends loved to pursue the aisles and try all the samples, and would walkout empty handed. As Dr. Needel has pointed out samples to test products or expose customers to something new is the right way to think about them. Loyalty? Not so much.

Free sampling only drives loyalty if the customer likes the product being sampled and will continue to buy it. Beyond that, loyalty and sampling should not be expressed in the same sentence.

Just a curiosity. How many of us know of poor to mediocre products that were sampled that actually hurt the future product sales? How many of us advised small marketers not to sample their products, but they went ahead and did it anyway, spending a lot of money and getting no return?

I will echo what so many of the other BrainTrust members have said thus far – sampling is not a tactic that really directly correlates to loyalty, it is an exposure tactic. People who are completely unfamiliar with a product are unlikely to move all the way to the “loyal” end of the spectrum right away – in fact the free nature of the trial might diminish a consumers need for upfront research or mental commitment which has a role in positioning for longer term loyalty.
Specifically with this study I feel that the carrot being sampled (one hour of low-res video) is not worth the hurdle for new users to actually set the service up and change their habits, whereas customers who already use streaming would just see it as a freebie they might as well lump on their pile of data just in case (hence why there is no real change in data consumption).

Sampling products drives trial and can be useful in gaining feedback about new products. Loyalty only results if the person sampling likes the product and continues to purchase it! Sampling can help a good product get more visibility but can also contribute to sinking a bad product.

A “free sample” of data isn’t the same thing as a free cookie. Not sure I know what to say here other than why would you give a sample away that is 15 times more expensive than its unit cost? Would you spend $15 to “sample” $1 bills? Anyway, I’m not quite sure how the front and back of the article work together. A more interesting question might be, “What is the future of sampling in a post-COVID-19 world?”

The study claims that free samples aim to attract new customers rather than entice existing customers to spend more. So what? A new customer is a new customer. Some will become loyal to a brand even without a coupon that is typically given with a free sample. Apply a cost-benefit analysis to sampling events.

This study is quite confused. First, offering storage with the purchase of a mobile device is not sampling. So what the study tested was a sweetened offer to attract new customers. There are literally decades of field experience with executing these offers — so we already know a lot about the relative value.

Then, it makes a conclusion about new customers that is wrong. Byron Sharp’s work (and that of others) makes it clear that the healthiest brand is also the brand that has the most new customers. This also leads to the truth that bringing in new customers is your most important step for brand health. That doesn’t mean ignoring existing customers or to stop wanting to increase purchases from all customers.

There’s a study of 6 years of Dove sales. The 80% of customers who purchased once a year or LESS generated over HALF of Dove’s revenue. This is consistent with Ehrenberg’s Law of Double Jeopardy in marketing. Weiner Snijders writes about the study here.

Effectiveness of free sampling appears to differ by product category. More experimentation and research is needed.

The manufacturing cost of a sample-sized product is enough to make any brand manager pause and think twice about the end gain. Some categories, like Beauty, are saturated with free samples and consumers expect them. Because of the sheer volume of samples in this category, trial and impressions are strong but long lasting impact is fleeting. However, other categories, like Food, if sampled in store, could have a longer lasting impact, especially if it’s in a store you visit regularly. The store visit alone will trigger the memory of the sample, even if you don’t sample again. That could potentially lead to purchase. While sampling is certainly a sexy marketing tool, benefits will vary by category and ROI may be the single largest deterrent for most brands.

Braintrust
"It’s a trial-generating device, not for driving incremental purchase. It’s not meant to drive loyalty."

"The study claims that free samples aim to attract new customers rather than entice existing customers to spend more. So what?"

"What retailers often overlook is that free samples can be a great way to collect feedback on new products or lines."