Does direct mail or email deliver greater results for retailers? 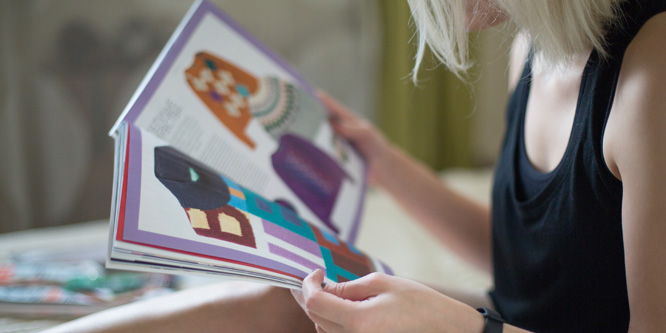 Direct mail, often seen as antiquated by the now extensive online access to information, still has broad value to shoppers because of the large number of purchasing decisions made at home, according to a new study.

The study from Murphy Research was commissioned by PebblePost, a firm that applies programmatic buying to direct mail marketing.

At a recent event presenting the findings, Devora Rogers, VP at Murphy Research, loosely defined key or “meaningful” retail purchasing decisions as anything above $100. But she noted that many purchases — citing choosing throw pillows or switching toothpastes as examples — likely “involve a conversation” with family members.

A final key finding brought out in the research is that direct mail complements information gained online, with three-quarters of direct mail users also consulting online sources. Online sources were found to be used earlier in the path to purchase with direct mail turned to just before an in-store visit.

A study last year from U.K.-based Go Inspire Group identified several benefits direct mail has over email marketing, including a long shelf-life (17 days versus two-second email views), improved branding and message-retention, as well as being less likely to be viewed as spam. Direct mail was found to outperform email in terms of incremental revenue after campaign costs, but a combination of email and direct mail out performed either medium in isolation.

DISCUSSION QUESTIONS: Where do you see the value in direct mail marketing and its role in the path to purchase? To what extent should retailers today include direct mail in their marketing mix along with online communications (email, apps, web, text)?

Please practice The RetailWire Golden Rule when submitting your comments.
Braintrust
"Direct mail can make a significant contribution to keeping a brand top of mind."

"The direct mail business has experienced long-term growth and does not appear to be slowing down."

"More often than not, Gen X, Millennials and Gen Z set are taking the direct mail directly from the mailbox to the recycling box."

12 Comments on "Does direct mail or email deliver greater results for retailers?"

Direct mail marketing (DMM) has a high value with couponing, leave behind marketing, major purchases (cars, homes) and some promotional activities on more expensive items (furniture, cars, homes, etc.). For new product introductions, direct mail still offers a way to get noticed better, drop coupons and increase awareness. Direct mail offers a balanced approached to ensure that your promotional reach extends to all members of each family, gets noticed longer by all family groups, and can offer the right path to purchase for each marketing segment. However, it is not necessarily for everyone, since lower cost items may not need it or can get their full reach through online promotional activities.

The answer differs by demographic groups, mostly between the older generations (Baby Boomers, Gen X), and Millennials, with the former being responsive to actual mail – such as catalogs – and some emails (for products they buy regularly. Direct mail will evolve as the generations of consumers evolve.

Demographic groups as well as retail categories as they’re talking about above. Direct mail costs have dropped with many advertisers moving to other channels so there can be an ROI there for certain groups. The tradeoff is that it doesn’t come with any depth of analytics.

I think it is a retailer-specific strategy. Certainly, there are some specialized retailers that are still seeing value in their direct mail efforts. Those retailers that have been established in that channel for a long time. The returns that we have seen have been continually declining, under the 1 percent return on spend. Trying to start up in this channel is a costly and risky proposition if the consumer is not used to your brand in this channel.

I don’t see much value in this channel today. Between consumer behavior of limiting their mail delivery in favor of online bill delivery and consumers blocking third class mail, any brand should tread lightly and make sure you are getting a return. If the returns aren’t there, move on to something more measurable.

There’s an immediacy with direct mail. As a person goes through the mail a catalog’s cover has the opportunity of stopping power and engagement. Yes, an unknown retailer may be discarded, but an effective front cover execution, just like a package on the shelf, can create visual involvement. And that may generate consideration for immediate or future sales.

Direct mail can reinforce that a retailer is worthy of further investigation. Brand awareness is still a factor in the purchase decision process and direct mail can make a significant contribution to keeping a brand top of mind. If the timing is right for a major or infrequent purchase, the direct mail piece can be the first step in bringing the customer into the website or store. And that’s worth the investment, especially if the direct mail’s content supports positive expectations created by the cover.

Agree completely with the catalog example. There is something (at least I think so) about receiving a catalog with an attractive, engaging cover. It makes the recipient want to actually open it.

This has more to do with demographics and who your target customer is. There is also a difference between unsolicited direct mail and receiving mailers based on specific previous interactions with a retailer, for example, a furniture retailer sending you fabric samples after a visit to their store or an update to a loyalty program. In my household, those unsolicited mailers receive about three seconds of attention only because that’s how long it takes to get them into the recycling bin – they receive zero value in our house. There is only one exception to this — grocery store mailers that come from stores we routinely shop at. This expectation is because there will be useful coupons. Grocery mailers from brands we do not frequent receive no attention from us, however. As a marketing tool, direct mailers will need to evolve if retailers want to create meaningful engagement from them.

Direct mail is not dead but hibernating and growing over time. The idea of what we call catalogrooming is a phenomenon we at BRP have discussed for years. Many consumers still like to peruse catalogs as they research products and contemplate design or style ideas. According to BRP’s consumers study, 45 percent of consumers “catalogroom” – shop a catalog and then purchase a product either in a store, online or via a mobile device.

While digital shopping is becoming the norm, for many people creating wish lists has historically been done by perusing a catalog and folding corners or circling items they like. Some consumers still like the tactile nature of catalogs. The direct mail business has experienced long-term growth and does not appear to be slowing down. I love the example of Restoration Hardware, with their RH Gallery showroom stores and high end catalog, complimented by an excellent help desk experience as an example of a firm that truly gets the value of print.

There is intrinsic value to direct mail marketing (DMM), however, the days of mailing catalogs, promotional ads, coupons etc. via snail mail are behind us. While physical mail may resonate with the more mature generations, more often than not, Gen X, Millennials and Gen Z set are taking the direct mail directly from the mailbox to the recycling box.

Personalization matters and direct mail marketing will remain relevant, but the mix, and how brands and retailers engage with customers is evolving from physical to digital means. Instagram, with the emergence of their “shop now” solution, has taken personalization to a whole new level for retailers and brands. Considering the sheer amount of time consumers are spending on Instagram, Twitter, and Facebook, it’s clear that retailers have a prime opportunity to capitalize on all these valuable insights with both personalized emails and advertising within the apps.

The lines between social, commerce and digital are blurring, and you have to question if the physical DMM has a viable future.

Direct mail is fundamentally different from email in that direct mail can be pushed to the consumer. Direct mail can be an effective way to trigger evaluation or consideration of a brand. The format allows the brand to wow the customer visually and encourage further investigation online.

Email doesn’t have the power to ‘break through the clutter’ the way direct mail does because the customer is in control of which emails they receive and which they open. Email is a powerful way to nurture an existing customer relationship or help a customer along their journey by providing information of value.

As the study results showed, the best approach is to use both direct mail and email. Direct mail to introduce the brand and trigger initial consideration followed by email to keep the brand top of mind and nudge the customer along their path to purchase.

The question must be answered by focusing on what the CUSTOMER wants, rather than how the retailer wants to communicate (usually due to financial considerations). The typical “right” answer is some combination of direct mailing and online communications. But the correct combination is customer-specific, requiring a relatively sophisticated set of data analytics. For most retailers, it is best to ask the customer what they prefer (directly and via data analytics) and then give them what they want.

As a Millennial, I can tell you there’s still hope in direct mail marketing to draw awareness and a sense of “touch” to the brands I interact with. With so much now in digital form, it’s great to see a well laid out catalog showcasing a wide range of products by a (namely apparel) retailer. Consumers don’t get that breadth of product range in a .27 second Instagram Story advertisement.

Funnily enough – As I write this I’m next to no less than three catalogs sent directly to me (Johnny O, Bonobos, GoodLife). As always, it’s really industry- and demographic-specific on whether it’s worth the investment. I for one think it is.

Braintrust
"Direct mail can make a significant contribution to keeping a brand top of mind."

"The direct mail business has experienced long-term growth and does not appear to be slowing down."

"More often than not, Gen X, Millennials and Gen Z set are taking the direct mail directly from the mailbox to the recycling box."