Does Lululemon need a teen strategy? 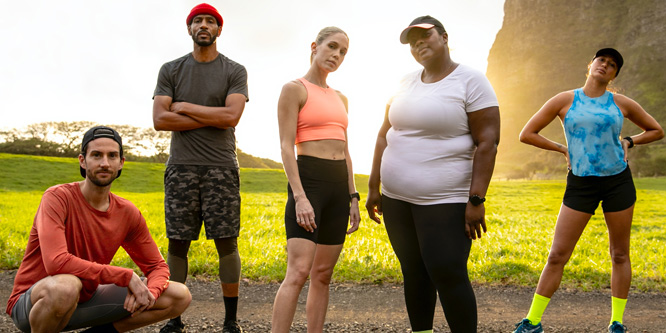 Lululemon continues to gain popularity with teens, despite not directly targeting the demographic.

Lululemon has benefited as leggings have replaced jeans as teen girls’ favorite bottoms. The athleisure trend has also boosted the teen cred of Nike and Adidas, although both aggressively court youth, including through collaborations with musical artists.

At its Analyst Day held in August, Lululemon officials spoke of focusing their marketing goal on raising brand awareness without unveiling any strategies to reach specific age demographics.

In the U.S., unaided brand awareness is 25 percent, including 38 percent among women and 11 percent with men. Said CEO Calvin McDonald, “We are still a hidden little secret.”

To raise awareness, Lululemon will borrow from the playbook of major athletic brands by making “smart investments” across earned and paid channels as well as in sports marketing, such as through athlete endorsements. Nikki Neuburger, chief brand officer, said at the event, “We plan to leverage a tight roster of incredible people with a large reach frequently.”

Entering categories such as footwear and supporting more activities (e.g., running, golf, hiking) to make Lululemon “a bigger part of our consumers’ wardrobes” is another expected awareness driver, according to Ms. Neuburger. Lululemon’s “authentic” positioning around personal wellbeing, she added, has become more relevant post-pandemic.

Getting the word out, however, remains largely a grassroots approach, including signing up fitness trainers and yoga instructors as local ambassadors and supporting community events. Partnering with local studios is a core driver of its new paid-membership program. Said Ms. Neuburger, “Strong relationships have been a critical ingredient of our secret sauce since the early days of the brand. It started in our stores and now membership will allow us to do the same digitally and at scale.”

DISCUSSION QUESTIONS: Should Lululemon adjust its marketing strategy to capitalize on its newfound popularity with teens? Does a largely grassroots-driven customer acquisition approach still make sense for Lululemon?

Please practice The RetailWire Golden Rule when submitting your comments.
Braintrust
"Lululemon means something. Stay the course. By suggesting something more, they risk mucking up the silo that they control."

"Lululemon has been teens’ top choice for years. Especially young girls who collect pieces based on income. It’s already an aspirational brand."

"They may not market to this demographic directly but you will see at least two generations shopping in-store on a weekly basis."

18 Comments on "Does Lululemon need a teen strategy?"

Most definitely. Lululemon is grown by word of mouth – and will continue to be. More marketing towards teens wouldn’t hurt.

I would be shocked if the teen market wasn’t already part of pretty much every marketing strategy conversation at Lululemon. It’s a core marketing principle that building loyalty among teens can last well into adulthood, and Lululemon has a chance to cash in on its burgeoning popularity to grow both peer influence and loyalty. I also think they might be setting their sights beyond just teens from upper-income families. Middle-income teens may not be able to afford to fill their closets with Lululemon products, but a few “special” pieces will certainly be in play for many.

Not only would I not adjust my strategy to capitalize on Lululemon’s popularity with teens, I would also take great care in competing in the same areas of sports marketing as others. Lululemon means something. Stay the course. By suggesting something more, they risk mucking up the silo that they control.

Lululemon is already winning with Gen Z and the teenage marketplace. They are the preeminent brand of choice for pre-teens and teenage girls. Just as it was back in the day, word of mouth and social influence still matters. The micro-influencer movement on TikTok, Instagram, Snapchat, and other platforms has helped Lululemon become the brand of choice for teenagers.

As Lululemon seeks new and innovative ways to connect with Gen Z and teenagers, they should do so in an authentic and storytelling-type way. At this point, the brand and in-store experience sell themselves, and the brand can’t do any wrong, despite being at the more premium price points in the teenage apparel category. It will be interesting to see how the momentum continues into 2023, as we know teenage fashion trends shift as fast as the wind blows.

I don’t agree that they’re not targeting teens. They absolutely send merchandise to younger influencers who post videos about their Lululemon wardrobes (and model their favorite pieces) that the 12-15 year olds – particularly girls – covet. They can’t get enough. Just because Lululemon isn’t doing overt marketing campaigns directed at teens doesn’t mean they’re not targeting them, it just means they understand their audience.

Short answer: YES. Longer answer: Every retailer should find ways to turn first-time customers into repeat customers. Get them in the door. Start them young, if that’s the demographic you’re going for. Get them used to buying. Then watch them grow to become regular/repeat customers.

Living in Canada, Lululemon is already capitalizing on the teen market. They may not market to this demographic directly but you will see at least two generations shopping in-store on a weekly basis.

The size range and option to alter products is a big advantage for Lululemon – they are able to leverage their existing product assortment to cater to moms and their teens. And it’s not only the mini-mes shopping the brand. The men in the family are also taking a bite out of Lululemon’s assortment.

If they were to create a teen specific product line and strategy, it would need to be an extension of their existing line. There is no need to recreate the wheel. We know what teens want, and more importantly, what they don’t want. Keeping it simple should be the heart of the strategy.

Having several teenagers, I know that Lululemon are absolutely successful locally even though they may not have a typical national ad campaign targeting teens. Local shop managers have a strong community outreach with the high schools to outfit the teen athletes. Each teen athlete is fitted before making a final purchase with their Lululemon gear. That fitting becomes another opportunity to sell for items outside of their sport. The combination of appealing social media efforts, influencers and local outreach is a strong integrated approach that is very successful with the teen market.

Another teen Pop here. Yes, moves like this from Lululemon only creates further loyalty to the brand. Rather than settling for a transactional approach, their brands customer experience and connection is intentionally rooted in layers.

I wrote the article. Both former CEO Christine Day and founder Chip Wilson in the past have said Lululemon’s target customer is in their early thirties and I wonder if that’s changed as they’ve grown. I don’t know if they thought many teens would be able to afford Lululemon.

In a New York Times article in 2015, Wilson said his “muse” and target customer in the early days of Lululemon was a 32-year-old professional single woman (named Ocean) who makes $100,000 a year, is “engaged, has her own condo, is traveling, fashionable, has an hour and a half to work out a day.” He felt his muse inspired older and younger generations. He said, “If you’re 20 years old or you’re graduating from university, you can’t wait to be that woman. If you’re 42 years old with a couple children, you wish you had that time back.”

100% correct, they can’t afford it. Parents are the buyers or, said another way, an authorized debit card (Canada) or credit card (U.S.) is the enabler. Same for AEO, Nike and others. Lulu isn’t a “teen” brand like Old Navy or Hollister or A&F. While at AEO we created a teen credit card that was authorized by the parent or guardian. You better believe we embraced our teen or young adult segment!

While it’s clear that the target customers are evolving, teenagers are flocking to the Lululemon brand, and it’s parents like me who are ending up purchasing the items for this emerging customer.

Lululemon has been teens’ top choice for years. Especially young girls who collect pieces based on income. It’s already an aspirational brand.

The brand has appeal across all demographics, it’s just a matter of fit and style as to where the attraction is. Price is a consideration; their merchandise has a high average price point, but the price/value relationship coupled with the brand association supports it. Of course they should target key demographics and why not build affinity to the teen/young adult demographic — they become lifetime brand lovers.

Lululemon is a luxury athleisure brand, a status symbol in a way. Teens always gravitate towards something that will provide clout. Laying into a sustainable strategy alongside some brand collabs or cause marketing could further help target this demo.

Shifting communication and inventory to satisfy a new audience is always a risk. Lululemon especially needs to question how they’d have to gain from that strategy. Truth could well be that they’ve obtained a huge share of what’s possible already and any overt change would be chasing small gains.

A father of teens here. Seeing how their age group (Gen Z) has some fashion street cred and influence on adults, Lululemon is wise to make sure they remain connected with an important audience. Nordstrom did this successfully for many years by forming local high school student fashion “boards” (old school influencers before social media) to help them gain insights into the future product decisions.

Whatever Lululemon is doing is clearly working, so adjusting it might be risky and unnecessary. A grassroots and community approach is smart given the audience.

Braintrust
"Lululemon means something. Stay the course. By suggesting something more, they risk mucking up the silo that they control."

"Lululemon has been teens’ top choice for years. Especially young girls who collect pieces based on income. It’s already an aspirational brand."

"They may not market to this demographic directly but you will see at least two generations shopping in-store on a weekly basis."