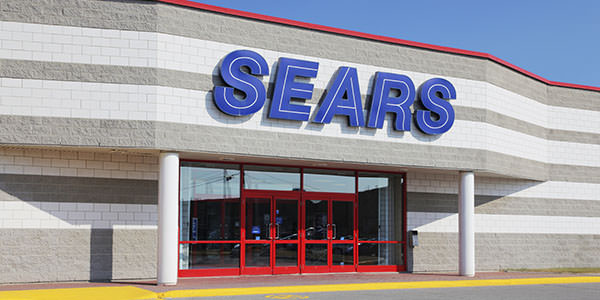 There’s an expression that you should never try to BS a BSer. Either Edward Lampert, CEO of Sears Holdings, isn’t familiar with the expression or he truly doesn’t see how badly he has mucked things up since merging Kmart and Sears under one holding company in 2005. Those are the only plausible explanations I could come up for his recent claim that people are being "unfair" for criticizing how Sears Holdings has performed under his leadership in light of the factors that affect all retailers today.

Newsflash for Mr. Lampert: The people who are criticizing you understand that retailing is tough. One of the contributors to this forum continually reminds us, "Retail ain’t for sissies."

But, here’s the thing. The criticism isn’t anything new. Mr. Lampert has been called out for his failures many times over the years and he’s even claimed those criticizing him simply weren’t bright enough to see the genius of his grand strategy.

In his most recent letter, Mr. Lampert patted himself on the back for progress made in recent quarters improving EBITDA. Those improvements had very little to do with retailing and pretty much everything to do with Mr. Lampert’s brilliance in getting value from assets. Put another way, he’s figured out ways to sell or license the most valuable parts of his company to generate cash. That, in turn, partly masks the miserable condition of his retail business. Same-store sales for Kmart and Sears were both down about seven percent in the fourth quarter. That’s on top of many of negative same-store reports.

More than two-and-a-half years ago, I wrote that Mr. Lampert needed to fire himself as CEO of the company. I pointed out that he has been criticized for failing to adequately invest in his company’s stores and a variety of other missteps. If it had been someone else in charge of Sears Holdings, would the board have allowed them to stay this long? I think not. That’s why Mr. Lampert shouldn’t run the company anymore. He needs to do what he should have done a decade ago. Find a retailer, stay out of the way, and hope it’s not too late.

Is Sears Holdings being unfairly criticized for its performance in 2015 considering the market factors that negatively affected other retailers during the period? Is Edward Lampert the right person to make Kmart and Sears strong retailers again?

Please practice The RetailWire Golden Rule when submitting your comments.
Braintrust
"Sears could have been Target. Should have been Amazon. Would have been fine. Now it is the definition of an irrelevant brand in a crowded field of players far smarter and more committed."

"Does either chain matter to consumers other than their Craftsman, Kenmore and Die Hard brands? Mr. Lampert can say whatever he wants. Consumers have voted with their wallets."

How many times have we had to talk about how Sears is the Chia Pet of retail? Out-of-sight, out-of-mind, only resurfaces after the holidays to wonder how it ever got there.

Yet their PR machine cranked out how they were repositioning to be all over the connected home.

Do Sears and Kmart have a reason for being? Retail passed them by years ago. Does either chain matter to consumers other than their Craftsman, Kenmore and Die Hard brands? Mr. Lampert can say whatever he wants. Consumers have voted with their wallets.

Sears should have owned the appliance market, yet they’ve been in a continual downward spiral for years. I just spoke to a colleague earlier this week about his recent Sears story. He ordered an appliance online for an in-store pickup from Sears because they happen to have what he wanted in stock. Upon his arrival at the store he was told by an associate that unfortunately the order would not be processed and in the system until the end of the day so he would need to come back, despite the fact that the appliance was, in fact, in the backroom! After a stern conversation with the manager the appliance appeared. Yet another lost opportunity and story that will no doubt be shared.

If these are the fundamentals of customer service and expectations that exist under Mr. Lampert’s watch then he and his c-suite mates should be held accountable and responsible. For whom the bell tolls?

Please, Sears was no longer a relevant retailer when Lampert bought it. All this hand-wringing over Lampert is misplaced energy. Eddie wasn’t a retailer when he bought Kmart. He wasn’t when he bought Sears. In reality, Alan Lacy hoodwinked Eddie Lampert into buying Sears. In 1992, Sears’ last chance was lost when the catalog was sold. A year later, Amazon launched, and Sears no longer had a back end to process orders and compete. Sears was declared dead in 1990. It enjoyed a brief moment of success in the mid ’90s. But once the reclaimed non-selling space was comped, it failed. And it never regained relevance in a world where smarter and better retailers, The Home Depot/ Lowe’s and Best Buy/Circuit City, captured key categories. Today malls and mall anchors are struggling. J. C. Penney is going through its brief success; it will end (appliances won’t help). The bubble of post-World War II economic prosperity that enabled malls and Sears has long since popped. Sears will follow all the other once-great and then irrelevant brands… Read more »
0
|
-1
-   Share

Wow. The RetailWire golden rule prevents harsher statements, but given this huge blind spot, I don’t think I’d even participate in his day job … managing a hedge fund. Scary.

Sears should not be taken seriously as a retailer and that’s what many do not understand. The critics expect Sears to focus on sales and being a retailer. Lampert’s role is to generate cash any way possible through selling real estate, licenses or other parts. I have been confused about some of the retail initiatives Sears has come up with but I just chalked it up as being a bone for the retail analysts to chew on, who have trouble getting their heads around it that Sears’ main focus is no longer retailing. If you think Sears is a retailer then Lampert is not the right person. If you think Sears is a real estate investment trust, then perhaps Lampert is the right person. Still Sears in my opinion is finished and most of us wrote them off 15 years ago. It’s a miracle they are still around.

David Livingston has it right. Viewing Sears, and Lampert’s decisions, through a traditional retail lens misses the point. He is an asset manager and is running the company (perhaps into the ground) from that perspective. I would argue that it actually is too late to change course — that is, to try to re-retail-ize Sears under the leadership of a “true merchant” (whatever that is these days). Sears’ model has been irrevocably altered.

So isn’t this commentary just a little blind to what “retailing” is about? The four major sources of profit at retail derive from: Negotiation with suppliers for trade allowances, slotting fees, et al. Cash management — interest on float — cash held from sale until payment to suppliers. REAL ESTATE — which includes the entire range of activities, subletting, etc. Margin on sales. Just because the commentariat is largely ignorant of the three most important contributors of profits is no reason for trashing a genius in managing number 3, above their own narrow-minded focus on number 4 as “real” retailing! Put this into the context of the raging battle for survival going on in the brick-and-mortar retail world, not just with Sears and Tesco, but might I say, WALMART! Pay attention: The Problem: “Parked” Capital. I promised with the next issue of my views to outline the solution to the problem. In the year and a half since I identified the “problem,” I have been grappling, conceptually, with the solution. I did write an early “view” of the… Read more »
0
|
0
-   Share

He’s obviously not the right guy nor has he ever been — BUT — who is? So much is needed I wouldn’t even call it a turnaround. Do over? Maybe a real estate genius who can recoup some cash out of those holdings, then someone who could build a modern sub brand and basically start over. Pretty daunting, for anyone, not just Ed.

As I was reading this article I began asking myself, where is the closest Sears or Kmart? The answer: I don’t know. Let’s assume I am not the only person who does not know. Therein lies one of the many answers as to why both have become irrelevant in today’s retail world.

Slightly different take. Obviously as a retailer Sears is a failed enterprise (or a failing one) and we can certainly blame management for a considerable piece of that failure. However he is not incorrect to say the dynamics of modern business and regulation oftentimes unfairly benefit new ideas, brands, etc. to the detriment of the legacy products and companies, which are almost always hamstrung by different costs, regulations and investor sentiment. I doubt there is anyone on this site who would challenge the notion that Amazon gets a tremendous benefit by getting a pass from Wall Street in the need to be reasonably profitable. We could all argue that it is easy to grow sales when you give everything away. That does seem unfair to me when two companies in the same business are judged by very different metrics. Uber or AirBnB are perfectly logical other examples of disruptive new companies with a big portion of their success being attributable to a different level of accountability to their investors, government or society in general than… Read more »
0
|
0
-   Share

Dr. Sorensen is correct on his main point. I clearly am in the camp that believes retailing success is directly tied to the four Ps (price, product, promotion, place). While Mr. Lampert can be given credit for monetizing the last of the four (place), he certainly hasn’t done enough with it to make up for the shortcomings elsewhere or achieve the ultimate goals of a retailing entity — driving ever-higher revenues and profits. There are many retailing lessons, as I see them, to be learned from the Sears Holdings’ experience. I suppose the first lesson should be to hire someone who understands retailing to lead the business. Number two would be invest and support your people. The executive ranks at Sears Holdings over the years have included a steady stream of individuals coming in and out of its revolving door. I’ve spoken with quite a few store associates in Kmart and Sears stores in the past decade. Almost all tell similarly depressing stories of what it’s like to work there. Let’s not forget about investing in… Read more »
0
|
0
-   Share

No and no. Mr. Lampert is a smart real estate guy and does know how to extract value, but at the end of the day we will be left with another failed iconic retailer as well as a lot of empty buildings. I, like almost everyone else, hope he hires a real merchant before Sears Holdings reaches its tipping point.

Braintrust
"Sears could have been Target. Should have been Amazon. Would have been fine. Now it is the definition of an irrelevant brand in a crowded field of players far smarter and more committed."

"Does either chain matter to consumers other than their Craftsman, Kenmore and Die Hard brands? Mr. Lampert can say whatever he wants. Consumers have voted with their wallets."