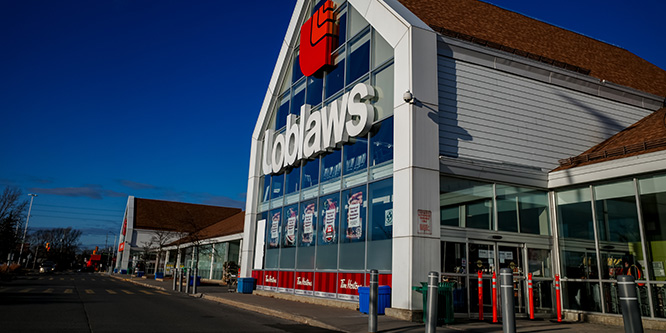 Inflation has been putting strain not just on customer wallets, but on relationships between suppliers and retailers as evident in a dispute between Frito-Lay Canada and the Canadian grocer, Loblaw Companies.

Frito-Lay has halted shipments of products to Loblaws stores and has confirmed that it is in the midst of a “temporary disruption” with one customer, according to a report by The Canadian Press.

The CPG brand pointed to spikes in ingredient, packaging and transportation costs as requiring “adjustments to [Frito-Lay’s] prices that are consistent across the marketplace.”

Loblaw said it was “laser focused” on minimizing price increases, and explained to the Press that, when faced with requests for higher prices from suppliers, the chain conducts a thorough review that, in extreme cases, results in suppliers not shipping products. The confrontation comes in an environment where many of the country’s retailers have contacted the Retail Council of Canada about supplier price increases they see as excessive and say exceed typical food inflation rates.

This is not the first time that Loblaw has come into conflict with suppliers over financial matters.

In October of 2020, as Loblaw was facing pricing pressures and had plans to upgrade its stores and operations to the tune of $6 billion over five years, the chain told suppliers that it would be hitting them with extra fees. The chain stated in the Toronto Star that it was calling on suppliers to absorb the costs so as to keep prices low for the customer. Around that time, Walmart Canada and Montreal’s Metro announced similar measures. Food producers called the moves bullying, and independent grocers claimed they gave big grocers an unfair advantage.

The Loblaw/Frito-Lay stalemate comes as food inflation in Canada has grown to the point where it is impacting the Canadian shopper’s grocery choices.

Nearly half of Canadian shoppers are switching to cheaper brands, one-third are cutting back on meat and one in five are not buying as many fruits or vegetables, Global News reported.

The Canadian snack food market is projected to grow 5.02 percent annually between 2022 and 2026, according to Statista.

DISCUSSION QUESTIONS: Do you foresee pricing disputes between retailers and CPGs increasing in 2022? What do you think of the claims that CPGs are using inflation as a rationale for padding product margins?

Please practice The RetailWire Golden Rule when submitting your comments.
Braintrust
"In a very inflationary environment all sides – retailers, manufacturers, consumers – are going to have to accept some price increases."

"The question is not if but when we will see more of these disputes. Who is right or wrong in this case is impossible to tell without the ability to fully audit the CPG company"

"Is anyone shocked to think that CPGs might use inflation and supply chain issues as margin increase rationales?"

Based on our current high inflation reality, there may be more disputes between CPGs and retailers. Everyone needs to protect margins and it seems a little unfair for a retailer to determine what a fair price is, unless they have full transparency into the manufacturer’s cost data. I don’t suspect CPGs are acting inappropriately as they are just trying to remain profitable. Cutting off supply hurts both consumers and manufacturers. Consumers should be the judge of what prices are acceptable.

Is anyone shocked to think that CPGs might use inflation and supply chain issues as margin increase rationales? Of course they are and of course retailers are doing the same thing – it’s a supply and demand thing. Retailers and manufacturers have each tried strong arm tactics before – sometimes successfully, sometimes not. If Loblaws chooses to not carry Frito-Lay products, they need to bet that they are a bigger draw than Lay’s potato chips. I’m not sure that’s true. They may look like the good guys in the near term, but they hardly have a reputation for low prices.

As a Canadian who shops all banners of Loblaw, prices have definitely impacted consumers. When traveling to the U.S. and Europe, it’s very apparent that Canadian retailers are still struggling to widen assortment ranges due to regulations and now we have a CPG war in our backyards. This dispute may cause other brands to question Loblaw’s practices and push back in the same way. In the end, the consumer will always feel the pain from price to lack of product mix.

This is the latest in a long line of disputes. In the UK, Tesco has had skirmishes with some brand and has delisted items. Often this is temporary and both parties ultimately work through their differences and the products reappear on the shelf. The good news is that large retailers have the power to hold CPG firms to account which, ultimately, is helpful for the consumer. That said, in a very inflationary environment all sides – retailers, manufacturers, consumers – are going to have to accept some price increases.

We’ll see more of these spats between retailers and CPGs due to the continuation of supply chain disruptions and inflation. Companies will always try to protect margins and profitability. It’s a natural reaction and, until we start to see some stabilizing dynamics in the marketplace, it will persist. Unfortunately, the consumer always loses in these instances and makes difficult choices with their wallets and their feet.

Yes, more CPG category leaders could use their marketing muscle as leverage to resist retailer pressure as prices rise. With inflation hammering the entire supply chain, most CPGs are legitimately responding to increased costs of raw materials, logistics and labor.

Retailers with strong private labels, including Loblaws, may welcome opportunities to dedicate more shelf space to their own brands. Also, Walmart Canada doesn’t have its usual 3 for $8 deal on Lay’s chips. Rivals are adjusting their pricing due to Loblaws’ move, which was announced shortly after Super Bowl feasts.

The question is not if but when we will see more of these disputes. Who is right or wrong in this case is impossible to tell without the ability to fully audit the CPG company and it is not likely that many CPG companies will ever allow that to occur. In this case Loblaw has made the decision for its customers. Was that a wise move? Time will tell.

The first uncreative reaction to inflation is to push the cost “plus” up and/or down the supply chain. Great strategy if you are a luxury brand but – if you are a mass market brand – not so much. If COVID-19 and two years of supply chain disruptions have taught consumers anything it is that product substitution may not be ideal, or even desirable, but they are clearly survivable. So there are three variables in the calculus of inflation: the length and depth (rate) of the inflation; the individual brand and its target consumer; and the individual market power of the retailer. As to the “padding” claim, of course they are — if they can get away with it.

The animosity between CPG and retailers regarding margin is legendary and in times of uneven inflation, it flares up.

Unless Loblaw can prove that the price increases are not “consistent across the marketplace” this decision mostly hurts consumers (and Loblaw) by taking a leading brand off the shelves.

There are alternative merchandising tactics any retailer can deploy — reflect the price increases on Frito products and display/shield with Loblaw private label products, cut back shelf space, etc. Cutting off distribution is an emotional, old school tactic that only hurts everyone (retailer, CPG and more importantly the consumer) in the end.

This could become a trend that re-emerges. When P&G and Gillette merged there were rumors that they did so to have more clout with Walmart. How true this was is not clear. But it suggests there could be history in this type of issue.

Friction between manufacturers and retailers is not surprising – over the last 20+ years retailers have introduced more and more private label products that have undercut the major brands causing potential friction. Now it seems CPG companies have an ability to fight back with things like direct-to-consumer but also new approaches and digitally native retail channels. The CPG companies potentially have more avenues and options to reach consumers than ever before.

Braintrust
"In a very inflationary environment all sides – retailers, manufacturers, consumers – are going to have to accept some price increases."

"The question is not if but when we will see more of these disputes. Who is right or wrong in this case is impossible to tell without the ability to fully audit the CPG company"

"Is anyone shocked to think that CPGs might use inflation and supply chain issues as margin increase rationales?"