How addictive are smart speakers? 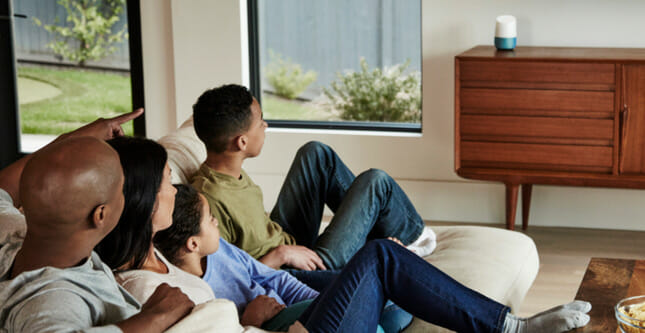 According to the latest Smart Audio Report from NPR and Edison Research, 65 percent of voice-activated smart speaker owners “wouldn’t want to go back to life without” their Amazon Echo or Google Home.

That finding exceeded the 46 percent of Americans who told Pew Research Center in 2014 they “couldn’t live without” their smartphones.

One caveat from NPR’s survey last November of 1,800 consumers is the finding that only 16 percent of Americans own a smart speaker. But the survey still demonstrated how smart speakers are changing behaviors and causing owners to form new habits.

For instance, when smart speaker owners were asked what other devices they are spending less time with as they use they increase their smart speaker usage, the top answer was traditional radio, at 39 percent. That was followed in the top-five by smartphones, 34 percent; television, 30 percent; tablets, 27 percent; and computers, 26 percent.

Among the changing habits among smart speaker owners:

The survey also found owners eager to extend the technology to other parts of their lives. Sixty-four percent are interested in having smart speaker technology in their car, 60 percent on their phone, 54 percent on their television, and 35 percent at their workplace. Forty-three percent would be receptive to voice-assisted actions from companies or brands they follow on social media.

A new global survey from Accenture similarly finds that two-thirds of smart speaker owners indicate they’re using their smartphones less for tasks — including entertainment, online purchasing and searches in general — since acquiring their voice assistant.

DISCUSSION QUESTIONS: Will smart speakers eventually become as integral to American’s lives as TVs and smartphones? What steps should retailers and brands be taking as smart speakers and voice-recognition technology become bigger tools for advertising and other communication outreach?

Please practice The RetailWire Golden Rule when submitting your comments.
Braintrust
"Smart speakers will be as ubiquitous as cell phones in the next couple of years. In the car, in the home, at the office and on your cell phone too."

"Perhaps Alexa and the rest should insist on the occasional “please” and “thank you” to avoid a bad-mannered future."

16 Comments on "How addictive are smart speakers?"

Penetration and usage of smart speakers will rise to the “must have” level once they are truly capable of real productivity beyond simply playing music and checking the weather. Retailers who are not taking steps today to be ready for this future may find themselves in a deep hole.

Jon, maybe my smart speakers are, “gifted,” but they already do more than that. Seriously, even given the early stages of this technology’s evolution I can use my devices to order products, run certain basic household functions — lights, climate control, interact with other technologies, etc. So I’d say retailers who are just starting to think about the implications of voice activation and smart speakers are already WAY behind the curve.

Jon, I agree with your comment that retailers need to prepare for a smart speaker future, and I want to add to Ryan’s comment about smart speakers doing more (paragraph below). I think that preparation starts with installation to begin the process of imagining use cases. Based on my few months with Alexa, maybe this: Me: “Alexa, are any of my favorite fish on sale today?” Alexa: Yes Red Snapper, just in from Half Moon Bay.” Me: “Great, set aside 2 pounds for later today.” (I shop at Whole Foods so why not?). Or Me: “Alexa, what’s the status on the stuff I buy?” (Why not track the health, safety, efficacy, early seasonality due to microclimates of my favorites, or other news on the things I buy in the store or online? There’s already a daily briefing skill.) Every sub-vertical might have some killer skills — oh and here’s an interesting article that’s related that takes us inside the lab that created Alexa, here. I guess, I’m getting into it. “Alexa, why is my internet… Read more »
0
|
0
-   Share

To the extent that smart speakers simplify daily life, they will become more ubiquitous and, eventually, indispensable. They have practical uses and, combined with machine learning, are a prime example of instant gratification for not a big price. How long will it take for this to happen? Maybe three to six years. Hello, HAL.

Yes. I didn’t think owning one (I have a Google Home) would make any difference. I admit that I am not using it for my shopping — yet… but the technology does creep on you. You start using it for daily weather, then news, then quick music of a particular type (easy jazz, rock) then ultimately shopping. That’s my journey at least.

Ultimately it will become a ubiquitous helper that is there to answer questions, and help out when going online (even to your smartphone) is inconvenient.

Retailers really need to advertise it more prominently. Frankly, the smart thing to do is to put it at the top of the web page, screaming out, “we’re making shopping easier — try out Google Home orders by saying … ” We are just not seeing enough of this yet.

Smart speakers (or voice user interface) are fast becoming a critical piece of consumers’ means of accessing the trove of digital content available, and will accelerate the already rapid shift of analog to digital. What will distinguish 2018 is the increased availability of voice user interfaces in cars, with many deals announced between Amazon and Google and auto manufacturers at CES this year. This will be the beginning of a revolution in the morning and evening commute, where we spend, on average, about 300 hours per year. Marketers snap to attention, ASAP!

The research results aren’t surprising — people want voice-activated technology. The quality of the technology lagged behind public desire, and is only now catching up. It’s much easier to talk to a device and get the desired result than to type in a command or search through files. Retailers and brands need to find ways to integrate with smart devices without being overly obvious or obnoxious. They can do this by providing information rather than advertising. It’s hard to become a trusted source, but isn’t that’s what brand building is all about?

The interesting thing about smart speakers is that a lot of people do not see the point in them … until they get one! Then they become habitual, used for all manner of simple tasks from setting a timer to checking traffic to listening to music.

It is the breadth of tasks and the ease with which they can be undertaken that makes smart speakers appealing. And as more and more functions are added, that appeal will likely grow.

An article in the UK recently spoke about how young users are increasingly the biggest users of voice interfaces, less so teenagers who prefer their mobile devices. In this case I’m sure voice interfaces will become an integral part of homes in the future and not so distant in some cases. An interesting point also made by senior teachers is how voice interfaces could lead to the loss of basic manners for young children as they increasingly become accustomed to, in their words, “barking orders” at a digital assistant. Perhaps Alexa and the rest should insist on the occasional “please” and “thank you” to avoid a bad-mannered future.

Sunny, your last point is an excellent one — especially when you tease it out. We have already seen significant cultural change associated first with screen interfaces, then mobile technology and apps and now with voice interfaces. The language used with, and the approach to, each of these innovations changes the dynamics and relationship between buyers and sellers. This “soft” side of the technological interface may bring about changes as critical, or even more critical, than the hardware itself. Something retailers should pay particular attention to.

Voice interfaces on cars to deal with distracted driving is coming soon. I feel like a proud parent, but I must share the following since we are on the topic of voice interfaces — the founder is a friend and this might give you a view into the Valley….

Smart speakers will be as ubiquitous as cell phones in the next couple of years. In the car, in the home, at the office and on your cell phone too. It will bring an entirely new search and discover interface, and therefore retailers and brands need to be thinking about the voice equivalent of SEO, producing content that is voice-friendly (for brands) and interfaces that make voice enabled shopping easy and enjoyable.

This is yet another way that Amazon is ahead of the curve, by not only developing the hardware and ecosystem but having the best voice-enabled commerce experience. I’m not sure how many “wake-up” moments the incumbent retailers can handle after a good percentage of consumer spending moves to voice and they are left behind.

People love convenience, and smart speakers are convenient. Once you get past the cool factor of the smart speaker (and it is very cool), then it’s using it for simple commands that save time and energy. Turn on and off lights, the TV, the air-conditioner, etc. Easy and convenient. We are entering what I call the “Convenience Revolution.”

So, should retailers be taking part in smart speakers? YES, for all the reasons a customer wants to use the smart speaker!

I’ve tried swearing at the Echo Dot in our family room, but it keeps telling me it doesn’t understand. So I guess a degree of civility is built in. Or it is lying to me. So far the thing is mainly an amusement, but it can control a variety of smart devices, if you purchase the ones that are compatible. That seems to be the issue for me now. The connected door lock is $250. The Next smoke/CO detectors were $99 each and communicate with their app or Alexa, but there’s nothing to control, really. Those smart outlets cost just a few bucks each but I’d need a bunch, and I’d have to choose units that Alexa can control. My Xfinity home security system is not compatible without a separate hub. All my treasured audio equipment is too dumb for voice control, but the old rig sounds much much better than the black cylinder. So I’m hoping for some kind of compatibility standard to arise soon. We’ve got a VHS/Betamax situation here. Voice control is… Read more »
0
|
0
-   Share

Ask her for her thoughts on Siri….

Braintrust
"Smart speakers will be as ubiquitous as cell phones in the next couple of years. In the car, in the home, at the office and on your cell phone too."

"Perhaps Alexa and the rest should insist on the occasional “please” and “thank you” to avoid a bad-mannered future."