How has the CIO role evolved? 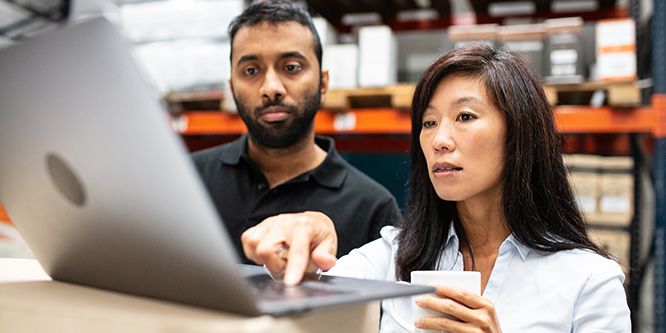 Digital transformations, cloud migration and the movement to remote and hybrid workforces have not only elevated but broadened the CIO’s responsibilities to more of an advisory role.

According to International Data Group (IDG)’s “State of the CIO Study 2022,” 58 percent of workers outside of IT describe their company’s CIO as a “strategic advisor who proactively identifies business opportunities and makes recommendations.” That’s significantly up from 28 percent in the 2021 survey.

The study found IT still retains direct control over a good portion of the IT budget at most companies — on average, around 48 percent this year compared to 45.7 percent in 2021, and expected to increase to 57 percent over the next three years. Even so, 86 percent of responding companies said other groups or functions outside of IT organizations have their own technology budgets now and for the foreseeable future.

IDG wrote in the study, “In most cases, the department creates the short list and confirms with IT prior to purchase with the exception of executive-level  administration, which makes the final selection based on a short list compiled by the IT organization.”

A Wall Street Journal article concludes that the arrival of cloud computing, data analytics and automation have enabled CIOs to leave software and other enterprise technology decisions to finance, marketing, sales and other departments. In doing so, CIOs have overcome anxieties over integration and security issues and are better focusing on data governance, compliance and other higher-level IT functions.

Jeff Wong, global chief innovation officer at Ernst & Young, told the WSJ, “The push to transform has stressed that companies that silo technology to their IT departments will be quickly outrun by competitors.”

Speaking to CIO magazine, Craig Stephenson, managing director of the North America technology officers practice at Korn Ferry, said that the blurring of lines between IT and other departments are allowing CIOs to take on more leadership or at least revenue-generation responsibilities.

He said, “It is likely a continuation of their current responsibilities, combined with several new challenges to further enable business value, enhance customer experience and the impact of integrated technology strategy across product, software, security and engineering.”

DISCUSSION QUESTIONS: Do you see CIOs at retail taking on an advisory role or significantly more responsibilities amid continued digital transformation? Do you see more benefits than risks in having dedicated technology teams in each of the company’s business segments?

Please practice The RetailWire Golden Rule when submitting your comments.
Braintrust
"Information technology is the backbone of every company, no matter what the business. CIO duties and impacts are far-reaching and critical. "

"I know most of the CIOs in retail. They are increasingly taking on additional roles, helming supply chain, operations, and other strategic functions."

"...the CIO and team still requires a greater understanding of how the bits and pieces work together and how to maximize efficiency and minimize complexity for the users."

9 Comments on "How has the CIO role evolved?"

Information technology is the backbone of every company, no matter what the business. CIO duties and impacts are far-reaching and critical. The one thing that hasn’t changed is the need for cross-team communication – there is no single most important segment.

In our big data, always connected, digitally enhanced age of transformation, there is a pervasive need for everyone on the team to understand how to use technology to achieve results. But the role of the CIO and their team still requires a greater understanding of how the bits and pieces work together and how to maximize efficiency and minimize complexity for the users. I may know how to drive a car, but I’m still grateful for the Enzo Ferraris that can make all that metal a masterpiece beyond my technical understanding. Yes to dedicated technology teams that can make that technology usable to the marketing, finance, design, and operations arms of the business.

The role of the CIO has been changing now for years and continues to change. The CIO can be an advisor to his peers in the business while simultaneously overseeing the activities of the information systems and technology function. The CIO, however, must be consulted on all technology applications acquired and installed outside the realm of the IT function simply because, eventually, heads of other departments are going to require that their applications talk to enterprise applications and by then incompatibility between systems may have been cemented.

I may stand alone in this, but I think the CIO is more important than ever, and I ask myself if they are up for the challenge. I feel I have a certain amount of understanding of the problem, having been a CIO myself for a decade. The CIO MUST ensure that a system, cloud-based or otherwise, fits together with other applications installed or selected. That’s really important, since he or she will be responsible for passing data around. My experience working with user-based thought processes is they tend to be attracted to the bright shiny object of the day. The CIO has to be the one to do the work of understanding the real business case and likely outcomes. There are otherwise too many failures. The CIO is more than a high-level intellectual plumber. The job is integral to the business and, frankly, has always had to understand the business. Now if you’re on a CIO track or have become a CIO already, the question you have to ask yourself is “Do I understand… Read more »
1
|
0
-   Share

I know most of the CIOs in retail. They are increasingly taking on additional roles, helming supply chain, operations, and other strategic functions. Michael Relich, the former CIO of Guess, is now the co-CEO of Pacific Sunwear. This role has never been more important.

The role the CIO plays in a company will depend on the needs of the company at that time. They may be in an advisory role when someone is looking to find a solution for a particular problem and then transition to an implementation and maintenance role. The one certainty is that the role of the CIO is going to continue to have an ever growing importance in the success of companies.

I’ve seen the evolution of the CIO role over time. It is not just about technology sourcing and data management, security and privacy. Acting as strategic advisors is essential but they must also act as partners to the various operational entities that require advice and direction in order to respond to market forces. I’ve seen many CIOs be the voice of reason and indeed the ones challenging defined needs in order to set priorities for the future.

There is no question that the CIO’s role has changed from processing transactions to driving strategic operations across the organization.

CIOs in retail need to be part of the strategy discussion rather than the implementation. Certainly by now, retailers understand that technology is the backbone of supply chain and customer experience. Those who still treat it as a cost center I don’t think will last much longer. Having dedicated technology teams in each of the business segments for close field support is one thing, overall technology strategy needs to be owned and operated centrally.

Braintrust
"Information technology is the backbone of every company, no matter what the business. CIO duties and impacts are far-reaching and critical. "

"I know most of the CIOs in retail. They are increasingly taking on additional roles, helming supply chain, operations, and other strategic functions."

"...the CIO and team still requires a greater understanding of how the bits and pieces work together and how to maximize efficiency and minimize complexity for the users."