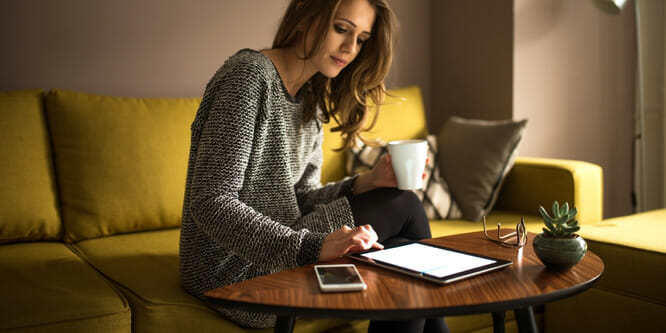 Through a special arrangement, presented here for discussion is a summary of articles from MarketingCharts, which provides up-to-the-minute data and research to marketers

Garnering survey responses can be a notoriously challenging task, facing headwinds such as general dissatisfaction with market research and survey fatigue. Consider that telephone survey response rates plummeted from 36 percent in 1997 to just nine percent in 2012, the Pew Research Center has found.

Yet new Gallup data on the use of incentives offers some hope.

The results showed that post-paid and pre-paid incentives averaged response rates of 20 percent and 19 percent, respectively — roughly 50 percent higher than the group not receiving the incentive (13 percent). It is interesting to note that the demographic profile of respondents is consistent across all groups, suggesting that the incentive didn’t have a higher appeal to any particular income group.

A wide-ranging global survey that arrived early last year from GreenBook found that most consumers were highly dissatisfied with surveys in general, but particularly so with telephone surveys (72 percent dissatisfied) versus mobile surveys (17.3 percent).

Survey design mattered most to mobile survey-takers and more than 35 percent reported a negative impact on the quality of their responses tied to a mobile survey’s length.

DISCUSSION QUESTIONS: Are you a fan of using incentives to improve response rates for web-based and mobile surveys, or do you believe it skews feedback quality? What type of incentives seem most appropriate for retailers?

Please practice The RetailWire Golden Rule when submitting your comments.
Braintrust
"Perhaps the more important question for retailers is how to engage customers in ways to continuously receive their feedback across many dimensions."

"Incentives make sense because it’s a company’s way of saying, 'Hey we know you’re busy and we respect your time for helping us.'"

"If you need accurate research results, go to quality researchers."

The “what’s in it for me” has to be clear. Showing respect for time and opinion is essential and each survey should be a relationship builder between the brand and consumer. Rewards work.

Today we are bombarded with too many ads, promotions and surveys. Unfortunately, there’s just only so much time an individual has to offer. So incentives make sense because it’s a company’s way of saying, “Hey we know you’re busy and we respect your time for helping us.” There’s nothing wrong with that. Phone surveys seem long and outdated. I always suggest a quick five to 10 multiple choice short question computer surveys that allow the survey taker to add their comments. You can learn a lot if you ask the right questions. People typically respond more favorably to companies they like. Also, they will take a survey of a business they are dissatisfied with because it’s their chance to vent. But for the person getting the survey, most companies fall in the middle of that spectrum so incentives are wise to increase response.

This is a very interesting and important question in these times of needing customer feedback. The reported research only answers a small part of the question. The cash incentives definitely increased the response rate. What is not analyzed or reported is how the responses from those incented differ from those that did not receive an incentive.

Perhaps the more important question for retailers is how to engage customers in ways to continuously receive their feedback across many dimensions, e.g. web surveys, e-commerce sites, Facebook, Instagram, etc.

Much as I wish that incentives were not required to obtain decent response rates, they are now a must. Consumers are over-polled and customers with a complaint are most likely to participate, which can skew results, making them non-scientific. Cash seems to be the best reward, that or a discount on a current or future purchase. The question I always think when asked to complete a survey is, “Will this really make a difference in how the company does business?”

The research does not address the more important aspect — how does an incentive change the responses (or does it change the responses?). Just getting more cooperation is not the goal — the goal is to get a representative sample of the population you are interested in giving accurate/true answers. The third MarketingCharts article suggests the larger samples were no more accurate.

The level and topic of the survey can drive the need for incentives, I’ve found. I’ve also seen that the majority of survey questions are not well-written and need to drive better, actionable insights. Once the survey format and content is really optimized in a way that encourages deeper responses from the audience, incentives tend to be less required.

Back in my day there were consumer panels where a participant wrote down all their purchases. What they got for this ridiculous activity was a coffee pot or some such thing.

Every quarter we would get a presentation from the research provider (Nielsen?). And our people would pay rapt attention to the behavior these people indicated.

I always had a problem with this. “Are we really going to base our marketing decisions on people who write down every one of their purchases for a coffee pot? In no way is this a typical consumer.”

I see incentives the same way. The data shows that you can increase the response rate by about 50 percent if you give an incentive. But most importantly, it doesn’t indicate if those additional participants reflect the same population in terms of behavior and answers as those without the incentive. If they are different, then the incentives skew the data. If they are the same, then you don’t need the incentive.

I’m not a fan of professional respondents and, therefore increasingly, I’m not a fan of surveys. If the object is to get a reward the incentive is to speed through the survey. So while it improves response rates I think it degrades overall quality. In terms of what’s most effective — cash or gift cards.

I actually believe not incentivizing is more likely to skew or muddy the results. If someone’s time isn’t being respected, why would they give due diligence to responding open and honestly?

The type of incentive should be governed by the relationship with the respondent. If it is a survey of a base of loyal customers; points or exclusive discounts work. Otherwise, money talks.

I need to assert that respondents overwhelmingly want to convey their true attitudes and behavior. This idea of respondents not speaking the truth troubles me because I’ve spent a career managing the process of bringing insights to clients with solid marketing research. At the same time, I know that if you present questions that offer grids asking respondents to rate 25 items and do it over and over again in one survey, fatigue, frustration and annoyance will take over and respondents will go the path of least resistance. If you ask consumers to estimate how often in the past year they’ve done something that’s hard/impossible to estimate, they’ll just come up with whatever pops in their head, wishing they could be accurate but convinced if someone cared the question wouldn’t be so ridiculous. No incentive will overcome the barrier of a poorly designed survey. (I can show you a video with real live respondents talking about their concerns and frustrations with surveys.) I started my marketing research career as a Marketing Research Field Director, responsible… Read more »
0
|
0
-   Share

Our work consistently shows consumers prefer mobile surveys over responding by phone, and those with an incentive see higher response rates than surveys without. More importantly, for surveys with an incentive included, brand-sponsored incentives, such as a discount on a next purchase or a chance to win a high-value gift card outperform general sweepstakes.

In countering survey fatigue, we advise brands on starting with Net Promoter Score (NPS) as the basis for the survey, then branching to just a few additional questions for those respondents indicating they are Detractors or Passives. The key is keeping the survey concise. Another important consideration is that of avoiding over-surveying customers, such as not inviting their feedback after every brand interaction.

I don’t have an issue with incentives for survey respondents so long as they are modest. A $5 gift card really feels like you’re just compensating them for their time. I worry less about whether accepting the incentive somehow skews the results as I worry about the selection process for the set of respondents. If you’ve followed a good process to select your target audience, the small inventive shouldn’t have a tangible impact on the response quality. Given that everyone seems to be bombarded with survey requests after every single purchase you make (when was the last time you got a receipt at a store that didn’t have a customer survey link on it?!) a little incentive goes a long way to towards gaining valuable feedback you might otherwise not receive.

Survey fatigue is pretty real. It is boring, especially filling long forms on mobile and/or inconvenient when you get a phone call out of the blue.

As a consumer, I should either have very positive or negative attitude to the organisation sending the survey to take part in it without reward/incentive.

So some sort of reward is a must for surveys that require more or less significant time if you want to have representative sample of responses, not only ones from the edges of your customer base.

A possible alternative is to collect micro data based on the interaction. E.g. for online stores have one question at the end of checkout process like “What was your experience?” with thumb up or down as an answer.

Braintrust
"Perhaps the more important question for retailers is how to engage customers in ways to continuously receive their feedback across many dimensions."

"Incentives make sense because it’s a company’s way of saying, 'Hey we know you’re busy and we respect your time for helping us.'"

"If you need accurate research results, go to quality researchers."