Is FedEx smart to say goodbye to Amazon’s U.S. business? 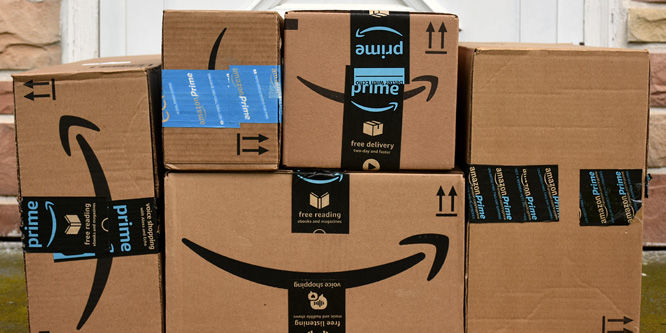 FedEx’s contract with Amazon for international deliveries will continue.

Amazon accounted for less than 1.3 percent of FedEx’s revenue in 2018 and many assumed it was a low-margin account.

Effectively terminating its U.S. relationship with Amazon, however, is a sign to many that FedEx has felt increasingly uncomfortable partnering with the growing logistics competitor. To some, the public announcement was a message to Walmart that FedEx is best positioned as its go-to courier.

In a statement, FedEx said the change “is consistent with our strategy to focus on the broader e-commerce market, which the recent announcements related to our FedEx Ground network have us positioned extraordinarily well to do.”

In May, FedEx announced that, beginning in January 2020, it will expand ground delivery to seven days a week, and boost large package capacity as well.

For Amazon, the loss of FedEx delivery is expected to be made up by UPS, USPS, regional carriers and its own growing network. Continuing to push the envelope on speed, Amazon in April announced it would begin offering free next-day shipping to its Prime members.

Amazon may lose leverage with UPS without FedEx battling over fees. An estimated five-to-eight percent of UPS’s revenues come from Amazon. Despite building hundreds of fulfillment centers and leasing jets, Amazon would still need to invest another $122 billion into its delivery network to be on par with UPS and FedEx, Goldman Sachs estimated in a recent report.

UPS gains at least a short-term boost replacing FedEx’s load, but will likely continue to face questions around its support of Amazon.

“I’m sure that long-term UPS will be handling less packages,” Jerry Hempstead, a former parcel industry executive who now runs his namesake consulting firm, told The Wall Street Journal. “If Amazon has a truck coming to my house, why would they pay UPS to do that? … They have their own trucks now, they have their own planes, and the writing’s on the wall.”

DISCUSSION QUESTIONS: What do you think drove FedEx’s decision to end its U.S. business with Amazon, and was it a smart move? Is the development good or bad for Amazon, UPS, other carriers and other retailers?

Please practice The RetailWire Golden Rule when submitting your comments.
Braintrust
"Ship from store and ship TO store promise to get bigger. FedEx can deploy its resources that way instead."

"Once again, the AMZN M.O. is to learn about a business through third party, then take it over. About time FedEx woke up!"

"FedEx has taken a low margin, low sales (percentage) contract and ended it with the opportunity to drive higher sales at higher margin. It’s smart to do this."

12 Comments on "Is FedEx smart to say goodbye to Amazon’s U.S. business?"

The race for the last mile got much more interesting. It will also be fiercely competitive. While one should never underestimate Amazon, it takes time and considerable investment to build logistics to serve delivery 24/7/365. The big winners in this might be the other retailers who need FedEx’s capacity to compete on delivery, especially during peak periods.

I think one driver is pretty similar in tone to retailers asking their software vendors to not host cloud computing on AWS – why would you fund a would-be competitor? Amazon has bought planes, it definitely has last-mile capabilities (I see a LOT of Amazon vans in Miami), and it has said it will provide delivery services for those retailers in its marketplace.

So if I’m FedEx, I’m thinking “Why am I funding this, exactly?” You know that Amazon had really wheedled them down on rates, so it’s not even clear it’s a money maker.

Meanwhile, truth be told, most of my Amazon packages have been coming from UPS for quite some time anyway (I get notifications from UPS), so I don’t think it’s a big loss — but I do think the decision to focus on the other 50 percent of the web marketplace is a good one. Ship from store and ship TO store promise to get bigger. FedEx can deploy its resources that way instead.

I think it’s a good move.

FedEx likely doesn’t want exposure to Amazon as the business it provides is not sustainable. It is clear that Amazon is making more moves into the courier market and that over time it is going to migrate away from using third parties, especially in lucrative urban markets where margins are better. Potentially, this break gives FedEx an opportunity to seek alternative retail customers. However, I don’t see this as a total solution. As Amazon expands its logistics operation, it has already said it will consider delivering for third parties: that means FedEx can’t totally avoid Amazon and its disruption of the market.

FedEx has taken a low margin, low sales (percentage) contract and ended it with the opportunity to drive higher sales at higher margin. It’s smart to do this. The only reason why this is news is because it’s Amazon. Add in that Amazon is increasingly competing against them and it’s an easy decision.

It’s very hard when your customer becomes your competitor. As Amazon is quickly ramping up their own fulfillment/delivery systems, FedEx can invest in other areas of e-commerce and courier services.

Amazon has come across one of the other 500-pound gorillas in the business world. FedEx does not need Amazon and is not prepared to let Amazon build their own logistics capability to compete with them while helping them to trade and fund this development. Is this a message some other retailers should listen to? We have seen retailers lining up to provide click and collect options for Amazon customers when they are in direct competition with Amazon. At last someone is prepared to stand up to the giant and say no, we will not continue to help you build a company to compete with us. Let’s hope more people do this in the future and gain confidence from what FedEx has done.

They were smart to preempt the inevitable. Amazon would have cut them in the future for their own agenda, so why not start pursuing the business not coming from Amazon now? Smart move.

FedEx is ending a contract that represents a very small percentage of revenue, likely at a very low margin. If it were with any other company besides Amazon, we wouldn’t even be talking about it. At face value, this looks like a sound decision by FedEx to stop servicing and therefore fueling, a likely future competitor to their business. Will it negatively impact Amazon? Doubtful. From my perspective, Amazon packages have been coming to my home and across my neighborhood primarily by UPS and USPS anyway so in the near-term, I doubt this will have an effect. However, it will be interesting to see how this affects any renewals with UPS and USPS. For other retailers, this may allow FedEx to better serve them, but likewise, I don’t expect FedEx to suddenly turn around and offer newly low-cost service to those retailers that they were not already offering.

I think it is odd that this is not seen in the same light as the rapacious attack of supermarkets on their brand suppliers, by introducing “their own, competitive brands,” and giving them favored treatment (shelf space) over the major brands. None of this generic, ho-hum branding of the past, but serious effort to promote the retailers’ own brands.

Amazon and bricks are bringing a lot of fundamentals into blurry focus. Blurry, not because the reality is blurring, but because of blunted, general awareness of all of us (society,) that functionally operates on the principle that the way things are today, is the way they were yesterday — and will be tomorrow. It is a fundamental stabilizing force in society — very helpful. But not necessarily useful when looking to the future.

This falls under the category of “duh” to me. Have you seen the millions of Mercedes trucks in Blue riding around with the smile logo on them? Once again, the AMZN M.O. is to learn about a business through third party, then take it over. About time FedEx woke up! Seller beware.

Like many, I imagine, I was surprised by what a small percentage of business Amazon accounted for (I’m curious what the corresponding numbers are for UPS). Was it a smart move? As always, without the actual numbers, it’s impossible — or at least meaningless — to make a definitive statement, but what would be the grounds to criticize it?

Amazon did not purchase planes and trucks to have them look pretty. FedEx is smart to make the move on them before the eventual “Dear John” meeting took place. It was going to happen. The only question was when. Now we know when because FedEx “wrote the goodbye letter.” I am beginning to question when or if UPS is “primed” to do the same thing. USPS will not do it. They can’t afford the loss of that revenue source.

Braintrust
"Ship from store and ship TO store promise to get bigger. FedEx can deploy its resources that way instead."

"Once again, the AMZN M.O. is to learn about a business through third party, then take it over. About time FedEx woke up!"

"FedEx has taken a low margin, low sales (percentage) contract and ended it with the opportunity to drive higher sales at higher margin. It’s smart to do this."