What does FedEx’s break with Amazon mean? 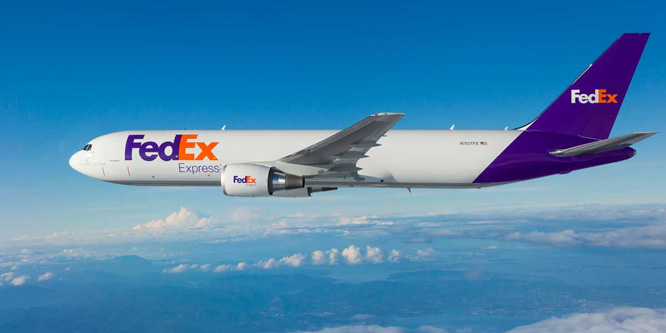 FedEx’s decision not to renew its Express domestic contract with Amazon.com “is a watershed moment for the parcel industry that signals [Amazon’s] emergence as a significant player in the industry and brings a new level of risk to numbers at both UPS and [FedEx].”

That’s at least according to a note from Morgan Stanley analyst Ravi Shankar.

In the near term, UPS could benefit from the move, although Mr. Shankar noted that the rival carrier might not want the extra business “for the same reason” as FedEx.

“FedEx is sending a message to all the other customers: We are making delivery capacity available to you that was otherwise consumed by Amazon,” Satish Jindel, founder of ShipMatrix, a technology provider for the shipping industry, told The New York Times.

FedEx could be seeking to build its already-sizeable business with Walmart, which last month introduced next-day shipping.

The near-term damage should be minimal as Amazon accounts for less than 1.3 percent of FedEx’s total revenue, and the Express contract — used for air transportation of packages — was only a portion of that business. FedEx is expected to continue to provide other services to Amazon such as ground, freight and international delivery. Amazon Prime’s two-day deliveries are mostly handled by UPS, with FedEx often filling in the gaps.

FedEx said its “strategic decision” would allow it to focus on “serving the broader e-commerce market,” citing expectations that e-commerce will grow from 50 million to 100 million packages a day in the U.S. by 2026. The company issued a statement: “FedEx has already built out the network and capacity to serve thousands of retailers in the e-commerce space. We are excited about the future of e-commerce and our role as a leader in it.”

Amazon said in a statement, “We respect FedEx’s decision and thank them for their role serving Amazon customers over the years.”

DISCUSSION QUESTIONS: Does FedEx’s decision not to renew its Express U.S. domestic contract with Amazon point to better opportunities for other retailers? Will the limitations hurt Amazon? How do you see the development affecting UPS, USPS and other carriers?

Please practice The RetailWire Golden Rule when submitting your comments.
Braintrust
"I suspect Amazon is placing unreasonable cost demands on FedEx. Glad they are saying no."

"This is a curious development – I believe there’s a lot more to this story that we don’t fully understand."

"Amazon has been positioning itself to become the provider to itself and others in the small parcel shipping industry."

20 Comments on "What does FedEx’s break with Amazon mean?"

This is a curious development – I believe there’s a lot more to this story that we don’t fully understand. Co-opetition is part of doing business today, and since Amazon represented less than 1.3% of FedEx’s business, why the big strategic move to not renew? I doubt that FedEx’s decision will have any meaningful or long-term impact on Amazon’s business since the other delivery companies will most certainly be delighted to pick-up the extra business. The whole thing is just very curious.

I’m right there with you, Mark. There’s more to this and I look forward to the unfolding. As it currently stands, the numbers and rationale don’t make sense to me.

I thought the same thing. It will be interesting if/when the backstory surfaces.

Yes Mark, I’m with you on this one. My initial reaction was “OK Amazon, you think you can do this better on your own, have at it! And try not to lose your customer base in the mean time. When you figure it out and are ready to play fair, let’s talk.” I may be way off base but that’s my 2 cents and worth every penny!

Given the small amount of revenue Amazon represents and the general hassles associated with earning that revenue, this is a bold and smart move by FedEx. Not being Amazon’s bootlicker will allow FedEx to maintain control of its business as it sees fit and build closer partnerships with others.

FedEx finally woke up to the fact that AMZN is competition, just as it took many retailers years to realize that fact as well.

But in the end, it won’t matter for AMZN as they already have over 100 planes and thousands of trucks out there already. A force they were quietly building while using years of learning from studying FedEx and UPS as guidelines on how to do it. Now they know what it’s like to be a retailer!

Lee, I agree with your premise but according to Planespotters.net, as of May 2019 the Amazon aircraft fleet is 32 with 4 planes on order while FedEx has 445 with 9 on order.

We may both be wrong, but I’d say, knowing AMZN, it won’t be long — this story is from December (says 50 with more on order).

This decision was more than likely based on the fact that (a) the contract with Amazon was not very profitable and (b) it’s not that big a piece of business for them and the PR benefits they will get across the rest of their retail customer ecosystem will outweigh whatever revenue Amazon gave them. The other carriers are likely looking at the profitability of their contracts with Amazon and may follow suit now that FedEx has shot the first arrow.

This is an interesting move by FedEx, especially considering that Amazon represents only 1.3% of the company’s overall revenue. The interesting development is that this is occurring at the same time that Amazon is vertically integrating its fulfillment capabilities with the company’s own shipping fleet. With these capabilities, Amazon will grow increasingly less dependent on 3rd party logistics companies to meet their 1-2 day Prime shipping window commitments.

In the short term, the FedEx move will open the door for their competitors to pick up some of the Amazon business. In addition, FedEx could refocus, and enhance their existing brand partnerships, including Walmart. In the long term, Amazon will ultimately have greater control over its supply chain with their own integrated logistics fleet.

Yes, it’s news, but it’s not a big deal. FedEx will still provide ground, international and freight services. Amazon now has its own planes. They are building out their delivery network. Yet the amount of business, less than 1.3%, shouldn’t cause a crisis at FedEx. I’m sure Wall Street will have its reaction, which will be interesting, but long term, as in the next two or three years, this decision is insignificant.

Ending the Amazon contract will allow FedEx to provide additional services to other retail customers. It was just a question of time before Amazon’s continual expansion into the delivery business would conflict with FedEx and UPS. This move by FedEx should not affect Amazon very much as they have the capability and breath to pick up the Express domestic deliveries from FedEx. In time, Amazon will likely pick up the Express deliveries from UPS. They will likely keep the relationship with USPS due to the Post Office delivering to smaller cities more efficiently than FedEx or UPS.

I’m not sure exactly why this is a big deal at all: Amazon only represents 1.3% of FedEx’s business, and Amazon is building their own logistics empire, which at some point would have included eliminating FedEx shipments. This feels like a non-event, to my mind. But once again, Amazon scores a ton of free PR.

I suspect Amazon is placing unreasonable cost demands on FedEx. Glad they are saying no. Other retailers will benefit for sure.

Spot on. The 800 lb. gorilla Amazon is making the same demands as Costco, Walmart, and Target do to their vendors. Then it becomes unprofitable to deal with them, as it is a major profit loser.

Based on the limited percentage of business this represents for FedEx, I doubt it will have a big impact on FedEx or its other retail customers. Like others have noted, from a financial and operational perspective, this is a non-event.

Amazon was likely squeezing FedEx on pricing and it was the last straw on the camel’s back. Amazon has been building its own shipping business and it wouldn’t surprise me if they acquire a shipping company. Stay tuned on this topic, as there will likely be more signals on the underlying motives for Amazon and FedEx.

Without speculating, this was just under a $720MM business for FedEx — bigger than many other deals, though not their biggest. Smart move by FedEx, as shipping Amazon packages drove lower margins by up to 23% per parcel. There’s a bit of a sting here, as retailers will take some time to fill in the capacity, but Fedex will make it up over time. This was just common long-term business sense as discounts were not as profitable. Won’t affect Amazon much — they will push their material through other carriers, especially UPS.

Amazon has been positioning itself to become the provider to itself and others in the small parcel shipping industry. Logistics are a key component to the Amazon recipe of success, and having full control of these is critical for Amazon. Having any partner control Amazon’s logistics costs and performance is bad for Amazon. Amazon is clearly defining and building its needs as it builds the logistics channels to manage their business. 3rd parties will not be a component of this, since it impacts customer service, cost and performance directly for Amazon.

Morgan Stanley’s Mr. Shankar may have been overly dramatic with his description of this decision by FedEx. It is a “watershed moment for the parcel industry” but for different reasons, in my opinion.

With Amazon accounting for less than 1.3 percent of total revenue, it seems that FedEx is less taking a financial risk and more making a statement to Amazon and the entire retail marketplace.

By carving out its own path and seeking to further diversify its revenue base, FedEx is probably making a good decision for its shareholders.

Braintrust
"I suspect Amazon is placing unreasonable cost demands on FedEx. Glad they are saying no."

"This is a curious development – I believe there’s a lot more to this story that we don’t fully understand."

"Amazon has been positioning itself to become the provider to itself and others in the small parcel shipping industry."