Is Foot Locker throwing in the towel on key consumers by closing Footaction? 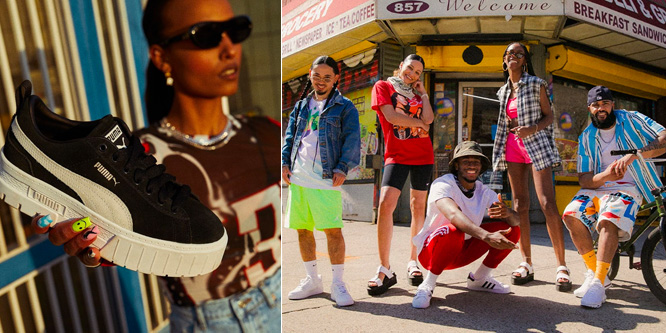 Foot Locker last week announced plans to close its Footaction chain, citing an overlap with its flagship property and other stores.

The company will convert approximately one-third of Footaction’s 231 stores this year into other banners, which include Foot Locker and Champ Sports. It will close the remainder as leases expire over the next two years.

Overlap concerns have been heard since Footaction was acquired out of bankruptcy proceedings in 2004. The acquisition gave Foot Locker more buying leverage and another chain to expand as the flagship Foot Locker chain was reaching saturation across America’s malls. At the time, there were 353 Footaction locations and over 1,400 Foot Locker U.S. stores.

Footaction targeted 15-to-30 year old males influenced by “street” and “hip-hop” culture, while Foot Locker was positioned as the athletic footwear hub for teens. Footaction’s larger stores, at 2,900 selling square feet on average versus 2,100 for Foot Locker, allowed for more ample apparel offerings.

Last week on Foot Locker’s quarterly call, however, chairman and CEO Dick Johnson said Footaction still shared “a fair amount of overlap” from both a store and consumer base, despite efforts to differentiate the banners over the years. The Foot Locker flagship had amplified its “sneaker culture” positioning over the last decade.

Foot Locker leadership says the move will help free it up to focus resources on more productive banners as well as a digital push accelerated by the pandemic. Management is also prioritizing its larger, community-centric Power Center stores that are off-mall and designed to build stronger connections with consumers.

In a research note, Sam Poser, an analyst at Williams Trading, called the move “a wise one.” He believes it also reflects plans by Nike, Foot Locker’s largest vendor, to slowly pull back allocations to mall-based retailers as part of broader moves to consolidate its wholesale account base. Mr. Poser wrote, “Our checks indicate that the decision to close Footaction was driven by Nike’s unwillingness to increase product allocations, leaving [Foot Locker] with a decision to make.”

DISCUSSION QUESTIONS: Will the decision to close Footaction ultimately prove to be the right or wrong one for Foot Locker? Where do you think Foot Locker should re-allocate its Footaction resources for the biggest short, medium and long-term benefits?

Please practice The RetailWire Golden Rule when submitting your comments.
Braintrust
"If there is a overlap of merchandise carried at Foot Locker and Footaction stores then maintaining both banners is just added expense."

"During a time when consumers are looking for brands that identify with their values and lifestyle, it’s odd that Foot Locker would close these store now."

"A sign of good corporate management is the willingness to “bite the bullet.”"

14 Comments on "Is Foot Locker throwing in the towel on key consumers by closing Footaction?"

This is probably a wise decision. Overlap is always a concern in acquisitions like this one, so it’s not entirely surprising. Foot Locker has delivered pretty good results and are moving forward with new flagship concepts, so I think they are generally on a productive path. They can never go wrong focusing on their core brand.

Foot Locker has the data and the data can tell you if and how much overlap there is. If there is enough overlap, then there are significant savings to be realized by closing and/or consolidating.

A sign of good corporate management is the willingness to “bite the bullet.” Based on the information in the discussion, this is exactly the correct tactic to implement. Too often when corporate management realizes they made a mistake they take too many resources and too many years to apply one fix after another when in fact the mistake can’t be corrected.

It is also good to hear honesty from a CEO on their quarterly call after so many have been speaking nothing but hyperbole and worse.

Brand proliferation (and overlap) is hard to sustain. Despite Foot Locker’s efforts to differentiate its brands through assortments and customer targeting, their own data told them that it’s not working.

The other issue at play is the number of regional malls struggling before and after the pandemic. How many of these secondary malls have multiple Foot Locker name plates? It’s not a sustainable model, with or without the issue of brand overlap.

I don’t believe the future for freestanding athletic shoe stores is particularly bright. Nike, Addias and others are stepping up their verticalization efforts to reach consumer directly. They’re also consolidating their accounts to better control their brands. I think for Foot Locker, having a strong focus on their core brand is the right thing to do.

If there is a overlap of merchandise carried at Foot Locker and Footaction stores then maintaining both banners is just added expense. Most of the Lady Foot Locker stores closed a while ago but female customers are still served by Foot Locker stores. Focusing on what it takes to keep its core business strong just makes sense.

On another note I didn’t know that Foot Locker was positioned as the athletic footwear hub for teens. Huh. It’s been a long time since I was a teenager but I still shop there.

This is a non issue. Foot Locker has redesigned their brand position and their stores to successfully merge all of their lines into a series of personalized store formats. Digital channels can easily direct Footaction customers to find exactly what they want at Foot Locker. In fact, this move will only help to strengthen the customer experience by allowing Foot Locker to focus their efforts on a unified brand story. And they will save a boat load of money on rent, websites, distribution and packaging.

I agree that localization of the “umbrella” brand is more important than trying to sustain multiple overlapping nameplates.

Once a direct competitor, Footaction’s stores are in close proximity to the Foot Locker nationwide stores. There is absolutely a cannibalization impact, as the merchandising, pricing, and brand strategies overlapped between the two brands. Considering the economic climate we are in, Foot Locker and other leading retailers certainly have the opportunity to revisit their store footprints and rationalize their fleets to meet the changing consumer demands.

Unfortunately, the profitability and productivity of Footaction were below the company’s portfolio average. Approximately 85 percent of Footaction stores are located in the proximity of one of its other Foot Locker banners to represent high overlap. It has been challenging for the company to differentiate the Footaction banners with different product assortments and experience strategies.

The real estate realignment comes as the accelerated shift to digital during the pandemic forced the company to quickly adapt to consumers’ changing preferences and create stronger connections with them.

As was said above, Nike product allocations were an issue, so they had to make a decision. That pretty much says what is going on.

Suspect the stores would not be closing if it wasn’t for that. But it makes sense to close a weak duplicate banner which should further strengthen the Foot Locker banner.

The decision to close Footaction will likely prove to be right. It is wise to focus efforts on the main brand as Foot Locker needs to retain and grow mindshare in the digital channels, including social influencers. There may have been too much duplication of effort without enough incremental revenue from this market niche.

I believe Nike’s decisions had a greater impact on the closing of Footaction vs a long-held overlap between Footaction and Foot Locker. During a time when consumers are looking for brands that identify with their values and lifestyle, it’s odd that Foot Locker would close these store now. The smaller Foot Locker stores may be challenged to sway some Footaction consumers. However, they do know this consumer and therefore have a running start at driving conversion to the Foot Locker banner with a smart marketing campaign.

This is a great move by Foot Locker. They need to join other brands as they focus on what they do best. Sell sneakers and the support the culture. They can start to use insights from customer data to improve the customer journey, the customer experience, and invest in hyper-localizing their assortments to cater different customer segments.

Sneakerheads will continue to show Foot Locker love if they give them what they want — exclusive sneakers, more collaborations, and unique customer experiences.

Foot Action is just one of many brand concepts either internally created or purchased that Foot Locker has been unable to keep viable. CCS, SIX:02, Foot Quarters, Runners Point, Lady Foot Locker, among others. The Nike part of the equation is significant. If the Nike Foot Action allocation is simply going away and not moving over to Foot Locker and Champs, that is lost market share. You would think the elimination of independently owned stores and small chains by Nike from their vendor list, combined with pent-up demand due to COVID disruptions, would leave enough market share for everyone. It all depends on how much Nike plans to convert to their own direct sales channels.

Braintrust
"If there is a overlap of merchandise carried at Foot Locker and Footaction stores then maintaining both banners is just added expense."

"During a time when consumers are looking for brands that identify with their values and lifestyle, it’s odd that Foot Locker would close these store now."

"A sign of good corporate management is the willingness to “bite the bullet.”"