Is the online marketplace model to blame for the shoplifting spike? 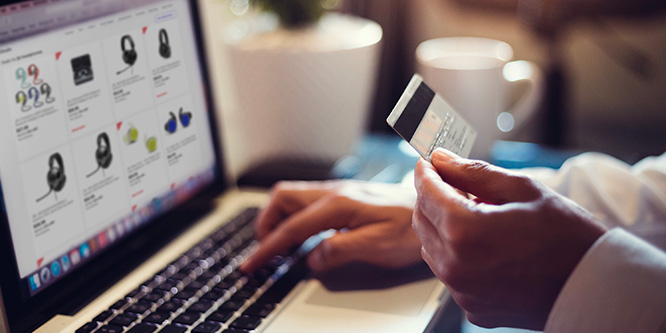 Much of the public discussion about the wave of violent smash-and-grab shoplifting raids in major cities has centered around keeping shoplifters out of stores. Yet much of the pilfered product is sold online via Facebook Marketplace, Amazon, eBay, OfferUp and other marketplaces.

According to a recent USA Today’s Talking Tech podcast, suggestions for consumers to avoid contributing to the problem include avoiding third-party marketplaces, looking up seller information and going direct-to-brand.

On Dec. 9, twenty major retail CEOs, in conjunction with the Retail Industry Leaders Association (RILA), sent Congress a letter in support of the INFORM Consumers Act, which would help verify the identity of high volume, third-party sellers to reduce online sales of counterfeit and stolen goods.

The bill, originally introduced in the Senate in March 2020, would require marketplace sellers to use their real name, verifiable contact information and tax ID numbers. In October 2021, an updated INFORM Consumers Act was introduced in the House of Representatives that reduced some transparency requirements for sellers, including the need for driver’s licenses for ID verification and the display of sellers’ information alongside product listings.

Retailers signing the letter to Congress, including Nordstrom, Best Buy, Target, CVS and Foot Locker, were some of the hardest hit by recent mob theft.

“There is no simple answer to stopping organized retail crime or the sale of counterfeits — but key to stemming the tide of these growing problems is transparency,” the letter stated. “If a customer buys a product from a local retail storefront or ecommerce site and it is broken or otherwise defective, the consumer knows exactly who to contact. There is accountability. In the current environment, criminal networks and unscrupulous businesses have exploited a system that protects their anonymity to sell unsafe, stolen, or counterfeit products with little legal recourse.”

Amazon, Etsy and eBay in recent months have all come out in favor of the House version of the Inform Consumers Act, though Amazon critics, politicians and other backers of the bill said in November that the e-tail juggernaut was working behind the scenes to water down the bill, according to Politico.

Please practice The RetailWire Golden Rule when submitting your comments.
Braintrust
"The ease of selling off stolen property obviously contributes to the incentive to steal it in the first place."

"As long as consumers are willing to buy “good stuff cheap” there will be a market for stolen goods."

"Regrettably, this is yet another example of how a small number of bad actors foist more legislation and restrictions upon the unsuspecting majority."

12 Comments on "Is the online marketplace model to blame for the shoplifting spike?"

These marketplaces replace the fence you see in old movies. Of course they play a role and, in fact, are the main act. Whether it is high-priced luxury goods or razor blades that are being sold online, at pop-up stores, or at flea markets. What Macy’s has done with their RFID LP project is identify the actual piece of merchandise where it was being resold and exactly where and when it was stolen and who stole it. Individual items are trackable via serialized RFID chips. Thieves are smart, though, so vendors and retailers will need to be clever enough to hide the chips. RFID is a weapon in this battle, yet most companies still think it’s too expensive. But that is incorrect: the price of theft far outweighs the cost of this technology.

The ease of selling off stolen property obviously contributes to the incentive to steal it in the first place. Passage of some kind of legislation that gives the whole process the transparancy it needs is a no-brainer.

I think we’re conflating two different things. One is the disposition of stolen goods and the other is the theft itself.

As long as consumers are willing to buy “good stuff cheap” there will be a market for stolen goods. I don’t think the proposed law would help very much. I don’t believe the thieves themselves are the marketplace sellers. All it will do is set up a network of middlemen, who had nothing to do with the theft, but “bought it off the back of a truck.” Punishing them won’t be so helpful. There are always others willing to take their place.

I think many would say that someone (who resells) who “buys off the back of a truck” is, if not an active participant, (nevertheless) very much a part of the process … or extremely gullible! That having been said I agree with your doubts: theft/reselling is an age-old problem and the idea of a legislative “fix” is chimeral … really more like “will it help at all (or somehow make things worse)?”

RFID could be a solution. If product has RFID build into it, which has been done but not extensively, stolen items can be physically located. I think this measure could work to deter secondary market sales because it has been and will continue to be very difficult to monitor and maintain product authenticity on marketplaces.

Whether e-commerce marketplaces are or are not the reason for the theft trend (crooks are very creative), they are definitely an enabler. Legislation that would prevent or even reduce the smash-and-grab trend is welcome. Regrettably, this is yet another example of how a small number of bad actors foist more legislation and restrictions upon the unsuspecting majority.

Would you welcome it if it reduces legitimate use of the sites? Having to provide DL info, and (even worse) posting IDing info on the sites, strikes me as a sure way to discourage many — most? — quite normal people from using them.

The incentive for the smash and grab thefts that have become far more common is to make money. To do that the thieves have to have a place to sell the goods. As most of the reported thefts involve high-end goods, selling them on the street corner or to a pawn shop isn’t going to work. They need third-third party e-commerce sites to monetize the goods they stole. Without these sites’ active involvement in stopping stolen merchandise being sold on their marketplaces you can expect these thefts to continue.

Absolutely, there has to be an avenue to make money. Unfortunately Steve, the smartest crooks find ways to inject stolen goods into regular supply chains, thereby hiding any visibility into the theft. High-end goods are especially vulnerable and require strong auditing policies – moving away from the selling venue to a more back office, supplier check scenario for online marketplaces. I’m not sure legislation will be able to incentivize marketplaces to deal with this level of effort.

Though goods can be fenced more easily through online marketplaces, the rise in shoplifting is tied mostly to individual crimes rather than coordinated crime and mass shoplifting. These organized crime efforts have more resources and can more easily hide in plain sight as legitimate businesses. Increased transparency can help and will definitely impact individual or small group sellers of stolen, damaged, or unsafe goods- but stronger measures need to be taken to enforce organized crime to follow suit. This problem becomes even more pronounced when examining overseas sellers with agents that can create new business entities at the drop of a hat.

I don’t understand Matt’s use of “yet” (“Yet much … is sold online …”). How is where the product ends up inconsistent or even related to how it was stolen? (Or efforts to prevent the theft in the first place?)

The legislation essentially makes the seller, the entity that interacts with the shopper, responsible. That makes sense. Likely, more than stolen property, the internet is rife with counterfeit goods. The success of the legislation will clean up the counterfeit goods supply chain. That is good news and very likely why the the retailers noted are supporting this legislation.

Braintrust
"The ease of selling off stolen property obviously contributes to the incentive to steal it in the first place."

"As long as consumers are willing to buy “good stuff cheap” there will be a market for stolen goods."

"Regrettably, this is yet another example of how a small number of bad actors foist more legislation and restrictions upon the unsuspecting majority."